IN PICTURES: Waiting for rain

If it’s not in your backyard, it’s hard to fathom the effects of the drought which has gripped the eastern states of Australia for three consecutive years. Westpac Wire shares images from some of the worst effected regions in the centre of New South Wales. For the full story visit Getting by in the big dry. 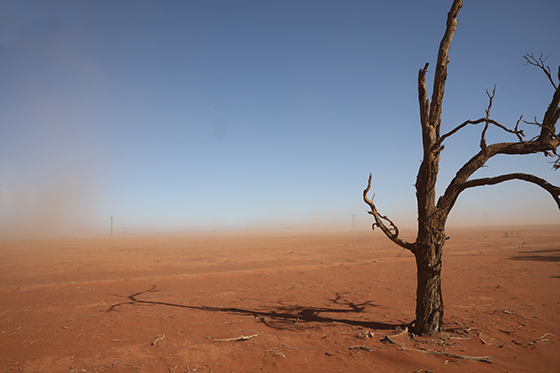 The drought is dramatically changing the landscape just west of Nyngan, turning former pastures into red sand dunes you’d only expect to see much further west in the central deserts. A local says he’s never seen anything like it in this district. 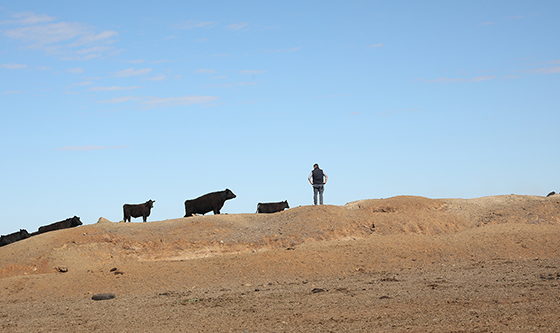 Cameron Beard, a senior Westpac agribusiness banker and farmer in Dubbo set aside 18 months’ worth of cattle feed in 2016, the last good season, which he thought would see him through. It ran out around eight months ago. A kangaroo carcass lies on the train tracks between Narromine and Nyngan in the centre of NSW. 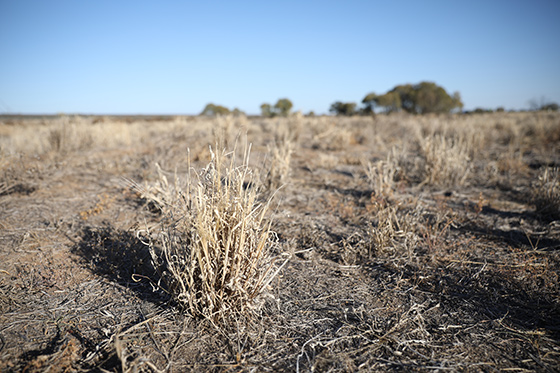 Almost 100 per cent of NSW has been declared as drought-affected, and 64 per cent of Queensland. The Bureau of Meteorology says rainfall deficiencies throughout inland NSW are at levels not seen since 1920. 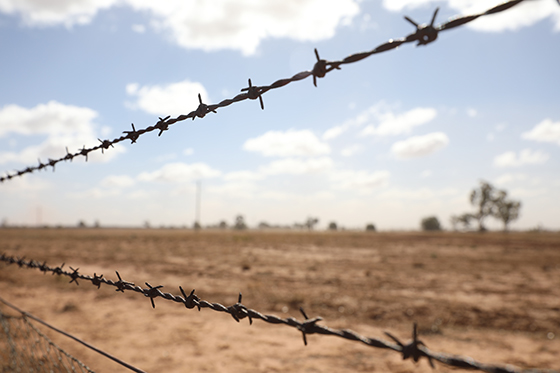 The capacity of water in Burrendong Dam, which services many of the towns in the region, has dropped below 5 per cent. Every town along the Macquarie Valley faces water restrictions, some already relying on back up bore water. 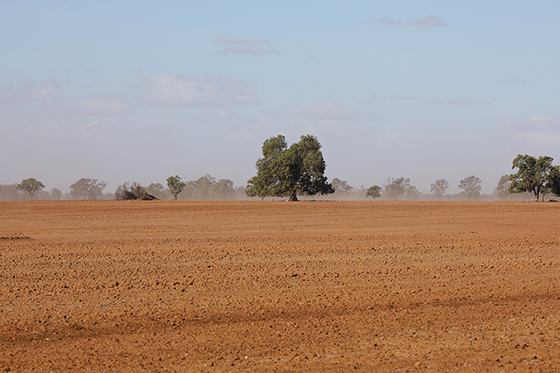 The top-soil is so dry and loose it's gradually blowing away across this land, which used to be pasture before the big dry, between Nyngan and Narromine. 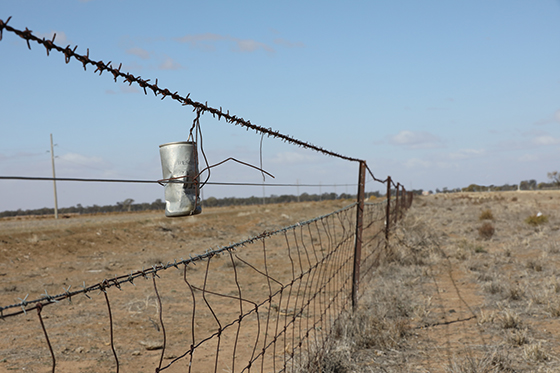 Why and for how long this old Resch’s dinner ale can has been strung up to this fence along the Mitchell Highway is as much a mystery as when the rain will fall again.