Denis Pana has a different way to describe solar and wind farms.

“It’s called renewable energy, (but) my take is it is renewable life,” he says during a hot, sunny day of construction at the Bomen Solar Farm in Wagga Wagga, New South Wales in late January.

Pana, a mechanical manager at the project, knows the area well, having arrived at the “bare paddock” slated for the 120 megawatt solar farm on June 1 last year. It followed the April 2019 pledge by Westpac to source 100 per cent of its electricity from renewable sources by 2025, underpinned by a “power purchase agreement” (PPA) with the Spark Infrastructure-operated Bomen Solar Farm.

More than a year on in very different times following the coronavirus outbreak, the 310,000-odd solar panel project capable of powering around 50,000 homes is readying to begin operations next month.

“It’s not the sun per se that drives that solar, it’s the amount of light, clear days per annum,” Pana explains of the project, which had a peak workforce of 250.

“These are bi facial panels and this is the first time they’ve been used, so they actually gain a little bit of wattage off the backside of them too.”

Under PPAs, corporates pay projects such as solar farms for renewable energy put into the grid, with their equivalent amount consumed then recognised as having zero emissions. Westpac’s PPA with the Bomen Solar Farm is set to deliver 45 per cent of the bank’s 100 per cent clean energy target by 2021. It comes as corporates and governments around the world increasingly outline policies and targets to reduce emissions and tackle climate change.

Australia has also significantly increased its investment in renewable energy in recent years, resulting in renewables making up nearly 20 per cent of electricity generation in 2018, according to the Reserve Bank.

“We recognise the significant implications of climate change and transitioning to renewables is one way we can play a part in mitigating that risk,” says Ceri Binding, head of energy and utilities in Westpac’s property team

“Corporates underwriting and facilitating construction of new renewable facilities is effectively what’s required in order to fast track the transition.”

Pana says a further benefit of the Bomen Solar Farm is that in around 25 years when it is decommissioned, it can be removed and leave minimal impact on the land.

“I enjoy the footprint we’re leaving, and I enjoy the fact we’re doing something for our children’s future,” he says. 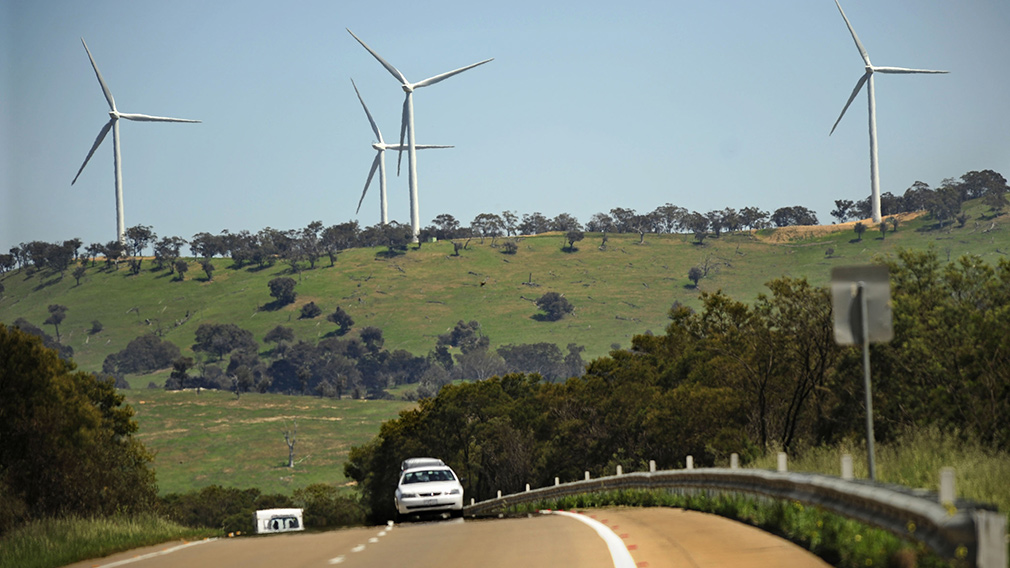