It wouldn’t be an economic crisis without governments stepping in with stimulus for the property market – and the coronavirus crisis has proven no different.

Just as the Rudd government did in the 2008-09 global financial crisis (and several other Labor and Liberal governments have done as well), the federal government earlier this month stepped in with the nation’s latest housing package to support construction activity. Dubbed “HomeBuilder”, the $680 million program involves $25,000 grants for eligible owner-occupiers who sign a contract between June 4 and December 31 to build or carry out a sizeable renovation and commence construction within three months.

All up, some first-time buyers in Western Australia – which along with Queensland has brought in the most new property incentives following COVID-19 – could qualify for almost $70,000 if they build a new home. In contrast, the biggest states of New South Wales and Victoria, the strongest markets for price rises in recent boom years, have focused on 25 per cent land tax concessions and three-month deferrals for eligible landlords.

A few weeks into the fresh cash splashes, agents and developers say interest is running hot.

“I can tell you my land sales division is going crazy,” Adrian Abel, the chief and founder of Perth agency Abel Property, said this week. “First home buyer, estates construction is going to go crazy in the next six months.”

Besa Deda, chief economist at St.George Bank, says it’s not surprising governments have stepped in with housing stimulus given its importance to the economy and negative recent indicators, including rising vacancy rates, softening demand for loans, weakening dwelling prices and the sharp slowdown in immigration.

“The housing market is critical to the Australian economic outlook and recovery from COVID-19,” she tells Westpac Wire, citing the important “multiplier effects” across the economy such as with construction jobs and retail spending.

In updated analysis of the plethora of government stimulus measures since March, St.George’s Economics team noted there have been billions of dollars allocated to supporting Australia’s $7.2 trillion residential property market and construction (one of the biggest employers by industry). Already, it seems to be having an impact, with property giant Stockland this week saying government stimulus was bolstering sales and new enquiry levels in its residential communities had “recovered to be above pre-COVID-19 levels”.

As for HomeBuilder, additional eligibility criteria to access the $25,000 includes:

– New builds are capped at $750,000, likewise creating a ceiling and thus ruling out many inner city areas, particularly in the bigger cities.

Ms Deda says while HomeBuilder would help bring forward some renovation and construction activity, lifting economic activity in the second half of the year, it would only provide a short-term, modest boost to construction given the December end date and eligibility criteria. There was also risk of renovation project costs being inflated to meet eligibility. 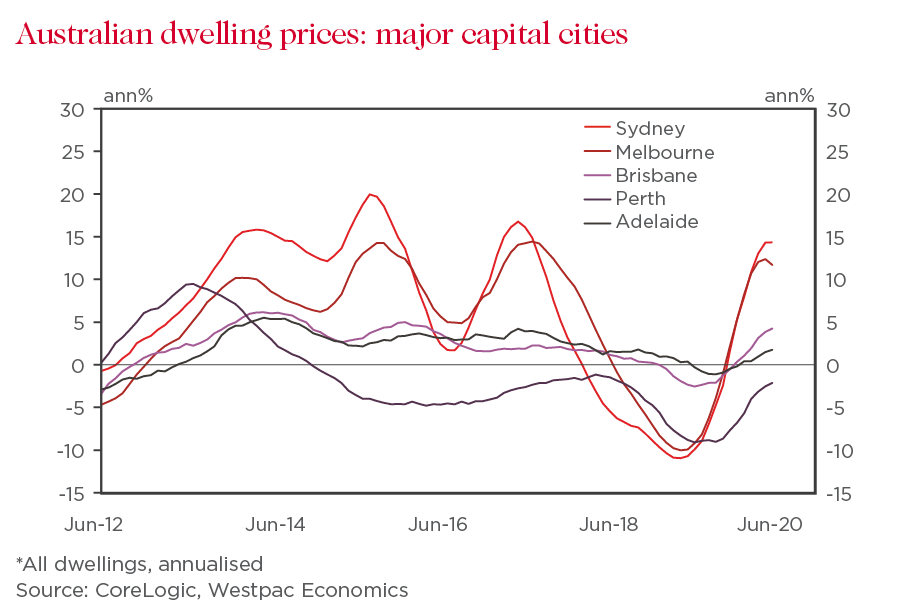 “The package also does not significantly help lift new housing development, as the timing means the lift to housing starts will be confined to those on lots that are already titled. It is new housing starts that have the deeper multiplier effects in the economy,” she says.

“However, weakness in housing demand would be exacerbated by a lift in housing supply – so the policy is clearly about balancing these considerations.”

Property market veteran John McGrath says HomeBuilder has sparked “massive new interest in building new homes” in some welcome news for the economy, but it was ultimately a “short term” program that people needed to move quickly to receive. UBS economists have flagged that the limited land for sale in capital cities could result in HomeBuilder driving relatively more activity in regional areas, and “given the short time of the stimulus, it will largely favour detached housing, rather than multi’s”.

“Your new build or major renovation contract has to be signed by December 31, which doesn’t leave much time for people who need council approval to go ahead with their plans,” he wrote in a blog this week for the agency he founded, McGrath.

“Just like JobKeeper, this is a targeted measure and some people are going to miss out.”

However, those not eligible for HomeBuilder grants – which are uncapped – may qualify for state government measures.

In WA, $117m has been allocated to “Building Bonus” grants for those who sign a contract to build a new home on vacant land or purchase an off-the-plan new home as part of a single-tier development on a strata plan or “other land survey type”. Queensland is offering $15,000 first homeowner grants for new builds, while Tasmania has a scheme involving $20,000 grants for certain owner occupiers who build.

Ms Deda, says while the additional housing measures from state governments would help alleviate some pressures in the market, and record low interest rates and lower stock for sale were supporting house prices, unemployment remains the “key threat” to the outlook for property. Last week, the ABS revealed the unemployment rate jumped to 7.1 per cent in May, a level economists say may not reflect the real state of the jobs market due to the range of support measures, including the JobKeeper wage subsidy scheme.

“And there is much uncertainty relating to the labour market around what happens when JobKeeper wraps up at the end of September,” Ms Deda says, pointing to the risk of a fresh acceleration of job losses if the scheme comes to a complete halt.

“The industry could need further stimulus beyond HomeBuilder and other measures over the next 12 months depending on what happens with consumer confidence and the labour market.”