Getting back to work without the handshake

As Australia relaxes COVID-19 lockdown measures, a tricky issue is emerging everywhere from sporting fields to offices: what to do about the humble handshake?

Long ingrained in many cultures around the world, the handshake arguably gave us one of the pandemic’s most infamous moments early on when UK Prime Minister Boris Johnson trumpeted his continued embrace of the custom, only to be struck down with COVID-19 weeks later.

So, with shaking hands now firmly off the table until a vaccine is hopefully found – some organisations have even put up signs in reception areas indicating it is a handshake-free zone – what greetings are acceptable as face-to-face business meetings and gatherings return?

A bow? Simple nod? Elbow tap? No contact at all?

The Mayo Clinic’s infectious disease expert Gregory Poland says that however people decide to greet one another going forward, the handshake is an “outmoded custom that has no place in a society that believes in germ theory”.

“When you extend your hand, you’re extending a bioweapon,” he adds.

If it seems far-fetched that the handshake could die out, King Henry VI outlawed kisses on the cheek in 1439 as the bubonic plague sweept through Britain, and the Brits remained more likely to favour a handshake than a peck on the cheek relative to many Europeans.

Yet with no consensus on an alternative to the handshake, many of us feel bewildered.

“It feels rude not to acknowledge people with a gesture,” says Julie Garland McLellan, a Sydney-based board and governance consultant, adding the uncertainty often leads to awkwardness.

“I was at a conference just before lockdown began and a number of attendees were huggers and handshakers. The conference organisers gave stickers to those who were okay with that, which they put on their lanyards. Those of us who didn’t want to shake hands were holding up our name tags as though we were warding off vampires.”

However, Garland McLellan admits that while it can be easier to exchange a fist bump or handshake when prompted and discreetly use hand sanitiser afterwards, the best approach was to be proactive.

With a black belt in karate, she has even taken up the bow during the pandemic.

“It’s sufficiently purposeful for people to know it is a gesture for them, much like tipping your hat signals acknowledgement and respect,” she says. “Admittedly, I haven't been out much meeting new people, but I’ve found that those I have met get it straight away. It also works well on Zoom calls.”

However, Queensland-based body language expert Allan Pease believes that a bow is unlikely to catch on in Australia, because our egalitarian society would baulk at anything that indicates submissiveness, while the lack of eye contact is problematic for forging trust.

He gives short thrift to the other alternatives.

“The elbow bump isn’t dignified or professional, and it fails to maintain social distancing. Plus, some people cough into their elbows. A wave at close range means ‘go away’, and the ‘Vulcan wave’ is too complicated to perform.”

Barbara Pease, who co-authored The Definitive Book of Body Language with her husband Allan, is similarly dismissive.

“The fist pump is macho and high fives are childish. The foot tap (which many call ‘the Wuhan Shake’) feels like doing ‘River Dance’ and staring at our feet is not the right focus – it doesn’t help build connections.”

Instead, the pair have devised the “heart hello”, which involves putting one hand on the heart and leaning forward, while smiling and making eye contact.

“It says, ‘I want to get to know you’ and has all the body language signals that are needed to make people feel connected, but from a safe distance,” Mr Pease says.

He adds that if a body language blunder arises as a result of the handshake being phased out, the best approach is to acknowledge it rather than pretending it didn’t happen.

“Try to laugh it off,” he suggests. “After all, humour binds people together.” 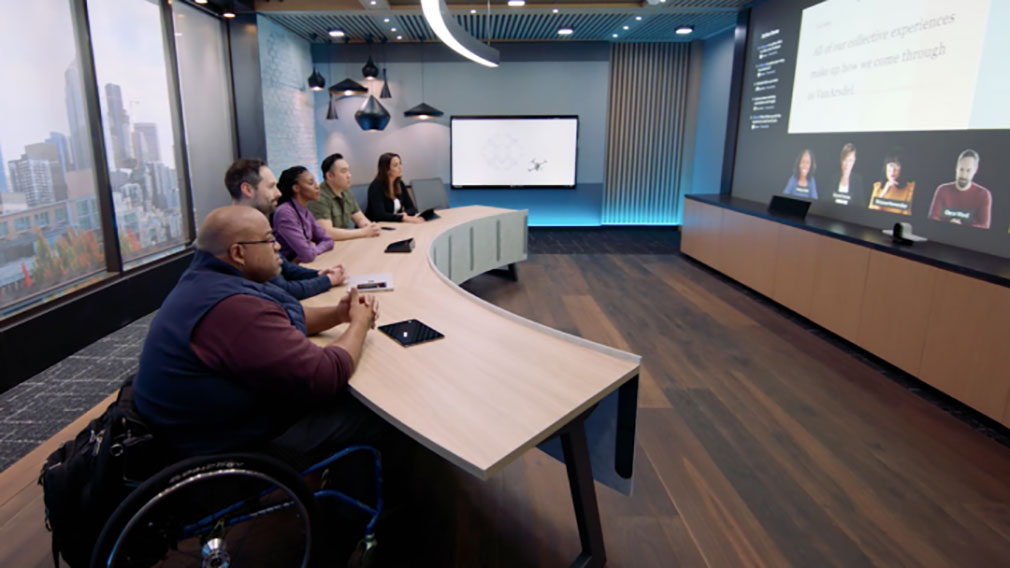 Meetings in the metaverse and other trends in hybrid catch-ups