How to work with people you just don’t get

Most of us don’t get to choose who we work with. Workplaces are also filled with personalities that don’t necessarily mesh.

Yet knowing how to get along with colleagues we are seemingly incompatible with is an obvious, yet at times frustrating, critical element of our success.

Entrepreneurs who assist with this career and workplace challenge claim it is all the more important because the increasing numbers of Gen Z and millennials who comprise today’s workforce are used to communicating via digital devices, and at times lack face-to-face communication skills.

A 2017 study by Harvard Business Review (published in the Journal of Experimental Social Psychology) found that face-to-face meetings trump emails in terms of their ability to persuade another party, meaning finding ways to get along remains core to career success.

“We have so much technology at our disposal in the workplace these days that we're not interacting face-to-face as much,” says Lynne Schinella, a Byron Bay-based speaker and author of Bite Me! and other do's and don'ts of dealing with our differences (republished and updated in 2019).

“While the technology is brilliant, younger employees are losing the ability to communicate face-to-face. And with direct messaging apps, for example, you can’t read body language, so it becomes even more important to understand about different personalities and avoid conflict.”

Schinella puts a modern twist on a theory of personality profiling that dates back to Hippocrates in ancient Greece. She contends that human society is made up of four basic temperaments – the mango, lime, banana and apple – borne out of her 2004 creation of the RIPE Personality Profiling System.

Nobody is just one fruit, but we apparently each have a preference, and can default to a two-fruit blend. Schinella believes that by being aware of our own idiosyncrasies and learning how to communicate with different fruits, we can dramatically reduce workplace stress. You can even take a quick survey on her website to determine which fruit you are.

Limes are worriers who love order and rules. A lime’s biggest issues are micromanaging and negativity. They can also be perceived as inflexible.

“The thing with limes is to slow down and provide lots of detail. Over time, they'll start to trust you and will stop micromanaging you,” Schinella says. 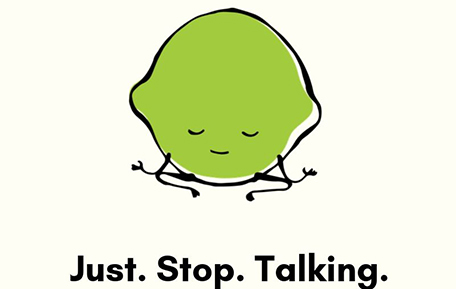 Give them plenty of notice as they hate surprises, and slow down if necessary. Don’t make them feel insecure.

Apples are direct, decisive, and don’t suffer fools. They are often perceived as arrogant, or even aggressive. Apples have a competitive streak and like to be in control.

“The biggest complaints about applies are their attitude and impatience,” Schinella explains.

“They're also intimidating, so people don't want to stand up to them. The reality is, whether you're managing up or down, every apple I've ever met, says, ‘I want someone to stand up to me’ because then you get their respect.”

Apples don’t appreciate wishy-washy language. “Get to the point, use bullet points and give it a headline.”

Mangoes are sweet and messy. They talk too much and are prone to distraction. They may fail to follow up and some accuse them of lacking integrity.

“The biggest complaint is that they don't pay attention or take things seriously,” Schinella says.

To help them work effectively, appeal to their ego and desire to change the world.

“With a mango, you can just say, ‘Listen, you have to take this seriously.’ It’s the only fruit you can be so direct with – they have been told they talk too much since they were at school,” she says.

Bananas have a laid-back approach and dislike pressure. They are loyal and steady workers, but they are not quick thinkers.

“Bananas just want you to be nice, because they see the rest of the world as being fairly aggressive and intolerant. They want to be asked how their weekend was, and they want to build relationships with their colleagues.”

Bananas say yes to everything because they can’t stand conflict. However, this can be seen as weakness, particularly by an apple. 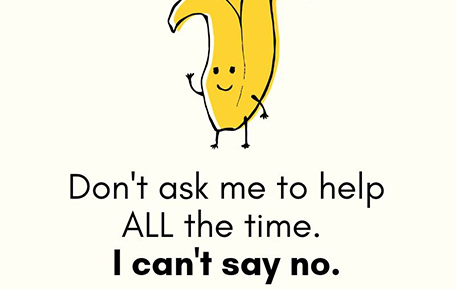 So which fruit is Schinella?

“I’m a mango-banana blend,” she says, adding that she learnt the hard way about the importance of balancing out certain personalities.

“That means I'm all right-brained, and it's also the reason why my first business ended in tears. It’s how I came to be interested in different personality styles. I learnt to hone my apple skills and these days I'm passionate about learning to work using your whole brain, because we are all capable of it.”

Schinella, who is working on a new book that uses the fruit analogy to explore romantic relationships, says that nobody is just one fruit, but that we each have a preference, and tend to default to a two-fruit blend when under pressure.

“If you have a whole bunch of fruit that aren't getting along, and they don't have the tools to work with people they don't get, there will be constant fighting and stress,” she says, adding that workplaces with conflict can become toxic," she says.

“When there is stress, you have a lot of sick leave and lost productivity.”

The battle for which days to WFH and the office #workplace

The battle for which days to WFH and the office

Workplace civility is more than just being nice #workplace

Workplace civility is more than just being nice