Is it time to get real on returns?

As widely predicted, the Reserve Bank of Australia came through with another interest rate cut this month, following back-to-back reductions in June and July.

Whilst many economists had expected another 25-basis point cut to the cash rate, conjecture remains as to whether that cut will have the desired effect of stimulating economic activity. In fact, initial signs don’t look great beyond reviving house prices, with retail spending failing to burst higher and Westpac’s closely-watched consumer sentiment index diving to a four-year low in September.

But putting aside the purist economic analysis for a second, perhaps the real question for many people on the street is what do rate cuts really mean? Are they a good thing or not?

Aside from the initial question for many people of what RBA cuts do to borrowing rates and how to spend any benefit, a longer-term issue for many people becomes what do lower rates mean for growth and investment returns, whether for everyone’s superannuation funds or direct holdings in things like shares and cash (e.g. term deposits).

But interestingly, a recent Global Investor Study by Schroders suggests we aren’t yet willing to ratchet down our expectations. 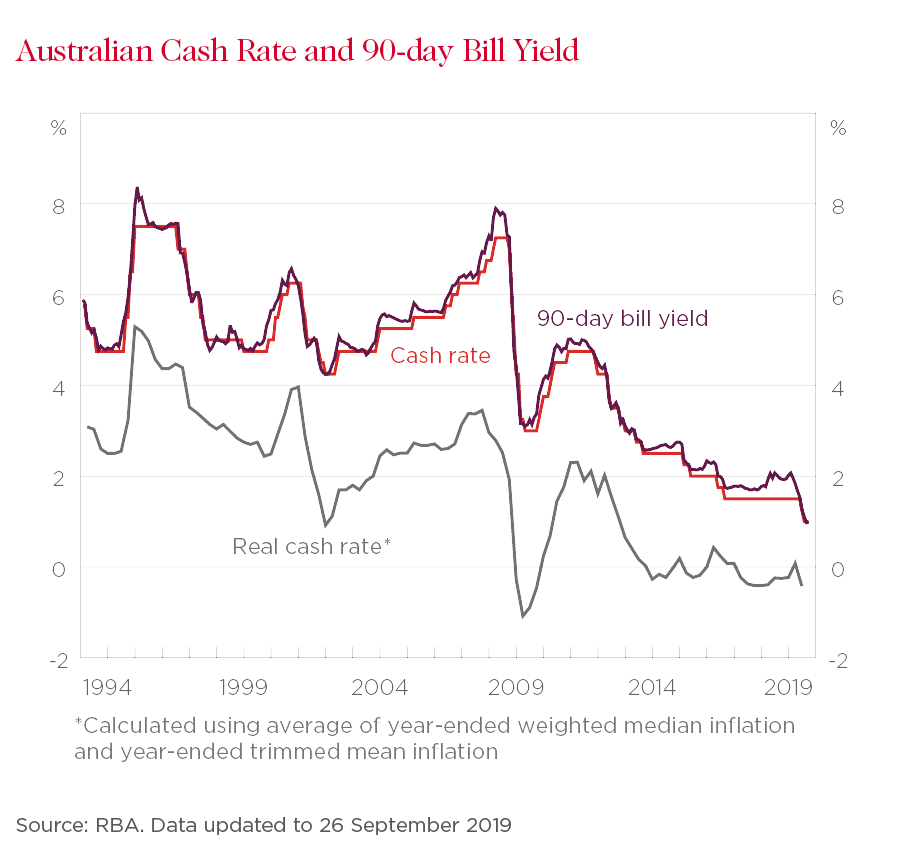 Globally, it found that despite the “low growth, low interest rate environment across global markets”, investors still have high return expectations that will arguably be “difficult to achieve”.

On average, Australian investors surveyed were still expecting an annual return of 10.9 per cent. This was lower than investors in the Americas which had the highest expectations of 12.4 per cent, but higher than Europeans’ dreams of a more modest 9 per cent after years of recession and muted growth since the global financial crisis. The research understandably concluded that the high expectations may explain why 51 per cent of investors globally weren’t entirely impressed with their investments over the past five years.

For some local context, the median growth super fund returned 7 per cent in the year to 30 June 2019, according to Chant West, which claims funds’ typical long-term objective is to beat inflation by 3.5 per cent. It says since the birth of super in 1992 this has been achieved via an annualised return of 8.3 per cent and annual inflation of 2.5 per cent.

But here’s the thing – inflation is now running around 1.6 per cent and annual GDP growth a below average 1.4 per cent. 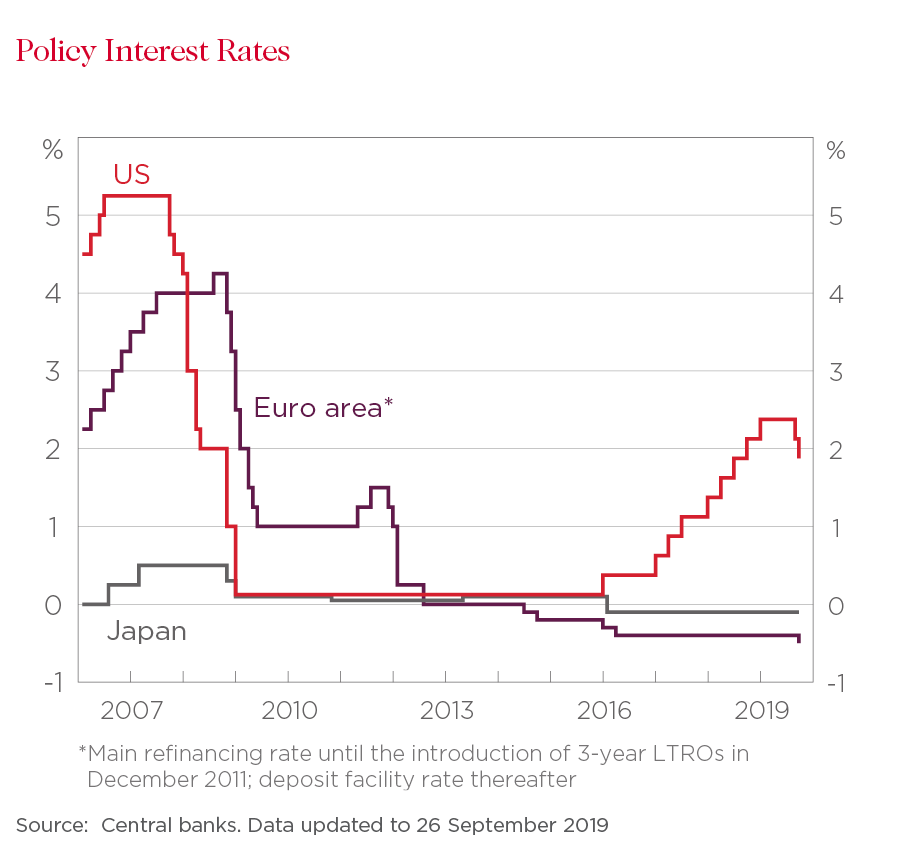 Of course, lifting inflation is one of the RBA’s key goals from cutting rates to a record low 0.75 per cent. But eking out the same returns as prior years when rates were higher (remember, the cash rate was above 7 per cent pre-GFC) is likely to be a struggle. With interest rates falling, the return from cash-based investments alone could be expected to also be lower.

Unsurprisingly given return expectations are holding strong, the Schroders study found people were already moving up the risk curve in pursuit of stronger gains. In fact, 27 per cent of the Australians surveyed indicated that they had adjusted their investment portfolio in the last three months of 2018 towards higher risk investments. This was 50 per cent higher than the global average of 17 per cent.

But is this the right play or should we slice our return expectations until a more “normal” interest rate environment returns?

Of course, there’s no straightforward general answer for everyone, and each country has different factors at play.

For example, in Australia some people invest in Australian shares that pay franked dividends and factor in the taxation benefit of the imputation credits as part of their expected return. This is a real benefit and can boost the “yield” – and thus return – many Australian stocks deliver compared to offshore stocks, but you have to remember the benefit is only realised when a tax return is lodged, which can be many months after the dividend is received.

Alternatively, people with debt may consider diverting some of the extra savings from lower interest rates toward making additional contributions to super and their retirement savings to offset any potential fall in investment returns. For those further away from retirement, and willing (and perhaps more able) to accommodate fluctuating returns, the savings could be used to increase equity in their house (and reduce non-deductible debt).

Others with less budgeting pressure may use this unusual time in markets to look for other investments that diversify their asset base. And for first home buyers, lower interest rates may trigger the chance to take the plunge into home ownership if it starts to look more viable compared to renting.

As always, it depends on everyone’s circumstances.

But given Australia seems to have joined the global “lower for longer” rates club, taking the time – and perhaps getting expert advice – to consider how to navigate this new era will go a long way to getting close to our (perhaps) lofty return expectations.