Richard Brandweiner, chief executive officer of global asset manager Pendal, said there’s been a “groundswell shift” about climate risks among big investors in the past three years, dramatically changing the sector’s thinking, awareness and attitude towards one of the world’s defining issues of the time.

“As stewards of capital, what's critical is that we manage that capital in a way that is mindful of … the behaviours of companies and how they seek to create real long-term value,” Mr Brandweiner told this week’s Investor Group on Climate Change Summit in Sydney during a session with some of the nation’s largest investors, including BT, HESTA and Queensland Investment Corp.

“We do that by judging companies and choosing to buy or sell, but also by engaging with them and trying to hold them to account.”

Highlighting the complexities of the issue, Damien Frawley, the chief executive officer of QIC, one of the country’s largest institutional investors, recalled how QIC’s move to buy the third largest beef business in Australia was seen to be “either very courageous or very stupid”, given its own push towards net zero emissions.

“A lot of people would think that’s a massive risk,” he said. “(But) we saw it as indeed an opportunity.” 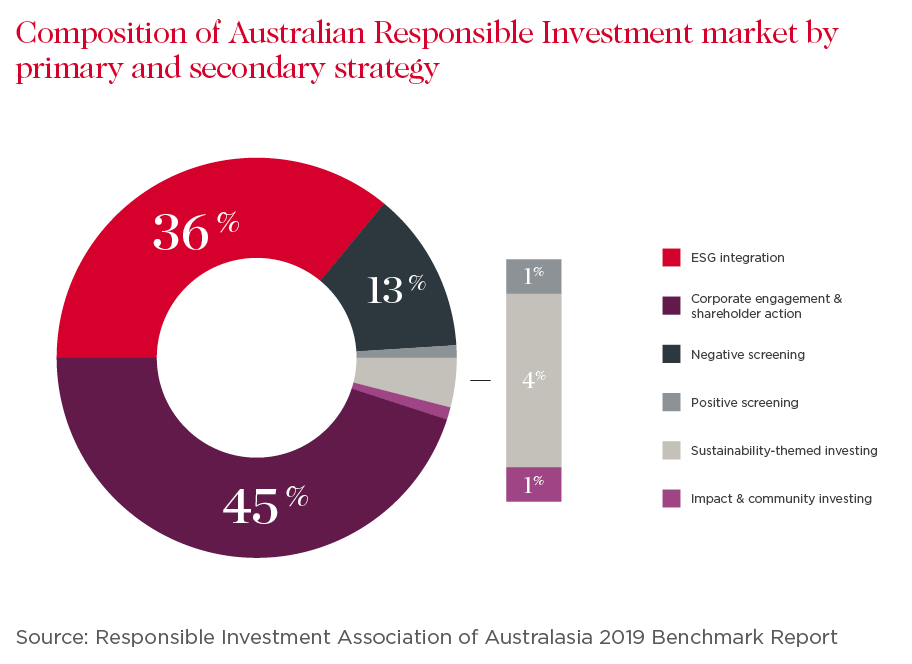 It also comes as the annual general meeting season for listed companies gets underway, several companies already being targeted by activists over emissions policies and disclosures. But investment managers are also facing growing pressure for action, most notably the landmark legal action brought by Brisbane-based Mark McVeigh against his superannuation fund, REST, for allegedly not doing enough to protect his retirement savings from the effects of climate change – a case which could potentially set a legal precedent in super funds’ investment decisions.

“You can't go anywhere internationally within the regulatory community without climate being a very dominant issue,” he said.

While reluctant to be “overly prescriptive at this stage” about the way financial institutions consider climate risks in investment decisions, Mr Summerhayes said regulators preferred to take a principles-based approach and “give a nudge to keep it moving along”.  A survey by APRA released in March showed good traction in the response to climate change among of 38 of the largest super funds, banks and insurers, but he said there was still much to do.

Underscoring the urgency of the challenge, executive secretary of the United Nations Framework Convention on Climate Change Patricia Espinosa said carbon emissions were rising at their fastest rate since 2011, putting the world on track for a temperature rise of more than three degrees above pre-industrial levels by the end of the century, well above the Paris Agreement goal of 1.5 degrees, entailing “extremely negative consequences, including political and border instability”.

“It will take almost every major challenge humanity faces and make them much, much worse,” Ms Espinosa said.

“To really deeply understand the risks – the physical risks, the transition risks, the legal risks in addition to the obvious stranded asset risks – is still challenging,” she said.

Chief investment officer of BT Corrin Collocot said investor advocacy – through initiatives like Climate Action 100+, which has mobilised investors with more than US$35 trillion in assets under management to pressure companies into stronger action on greenhouse gas emissions – is also helping high level systematic emitters of CO2 realise the financial risks.

“We're not trying to disrupt their business model,” Mr Collocot said. “We're trying to get them to understand that we're (making) investment decisions. And that if they … improve their disclosures and improve the quality of the discussions with investors, there's upside on both sides.”

Mr Summerhayes added a collective approach was required to solve what is an “unbelievably complex issue” that requires “better data, better engagement and more honest conversations”.

“We're dealing with natural systems and how those natural systems play out and (evolve) into economic impact on real assets and the real economy. The modelling of that is under-developed for a risk of the scale and existential nature that were facing,” he said.

“Some parts of the economy will be much harder hit than others. There are also going to be organisations that make an enormous amount of return from those transitions as there has been from every structural adjustment that’s occurred in the economy.”

Westpac and BT were major sponsors of the IGCC Summit.