Property vs shares? The long-term verdict

In spite of the housing downturn, almost anyone who bought five to ten years ago would still be feeling pretty satisfied with themselves.

There’s good reason for that: according to property research firm CoreLogic, property owners are still sitting pretty on an average 15.9 per cent gain over the last five years.

That’s despite average national property values falling 6.9 per cent over the last year – albeit with lots of regional variation. However, the legion of keen Aussie property investors may be surprised to learn that investing in shares remains the winning strategy – especially when dividends are taken into account.

At least that’s what history suggests.

In a December speech, the Reserve Bank of Australia’s head of domestic markets Marion Kohler noted that $100 invested in the Australian sharemarket in 1900 would be worth an inflation-adjusted $100,000 today – 100 times more than the return from a government bond or bank deposit.

Aussie shares have also done nicely globally once dividends are included, Kohler’s numbers showing average annual 8.5 per cent return since 1993, not much below the 9 per cent for the US market and well above the global average of 7 per cent.

So, what about housing?

A recent paper dubbed “the rate of return on everything” by The Federal Reserve Bank of San Francisco found anyone investing in Australian shares between 1980 and 2015 would have accrued annual returns of 8.7 per cent, compared with just over 7 per cent for housing.

An old timer who invested in 1870 would have been 7.8 per cent better off with shares annually, while housing returned 6.3 per cent.

More recently, the trends appear the same: while the housing market wallows – and more on that later – the sharemarket just recorded its best quarter since September 2009, the S&P/ASX 200 index rising 9.5 per cent in the three months to the end of March.

“Over the long run, equities have been worth much more to investors than other investment options,” Kohler said. “But investing in the equity market comes with risk.” 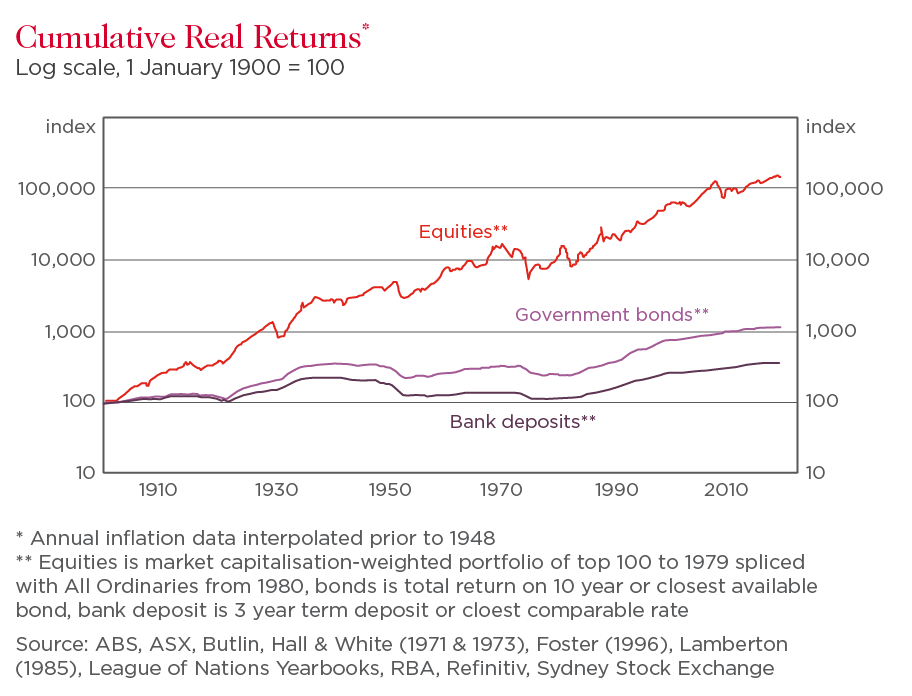 Indeed, that higher risk of shares appears to be front of mind amid uncertain times driven by the savage sell-off late last year, the looming federal election, softening domestic economy and global ructions.

Just 9 per cent of respondents favoured real estate – a 45-year low – and 8 per cent shares.

“The mix is more risk averse than at the height of the global financial crisis and highlights the risk that a move by households to increase savings rates could further undermine consumer demand,” said Westpac senior economist Matthew Hassan.

While sliding property prices are dampening investors’ appetite for real estate, a sleeper issue in the back of people’s minds currently weighing on sentiment towards stocks may be our less heady gains compared to elsewhere.

In contrast to global comparisons including Wall Street’s S&P500 index and Dow Jones index that have set fresh record high after record high, Australia’s All Ordinaries -- a basket of 500 companies -- is around 7 per cent adrift of its record closing peak of 6853 points, on November 1, 2007. 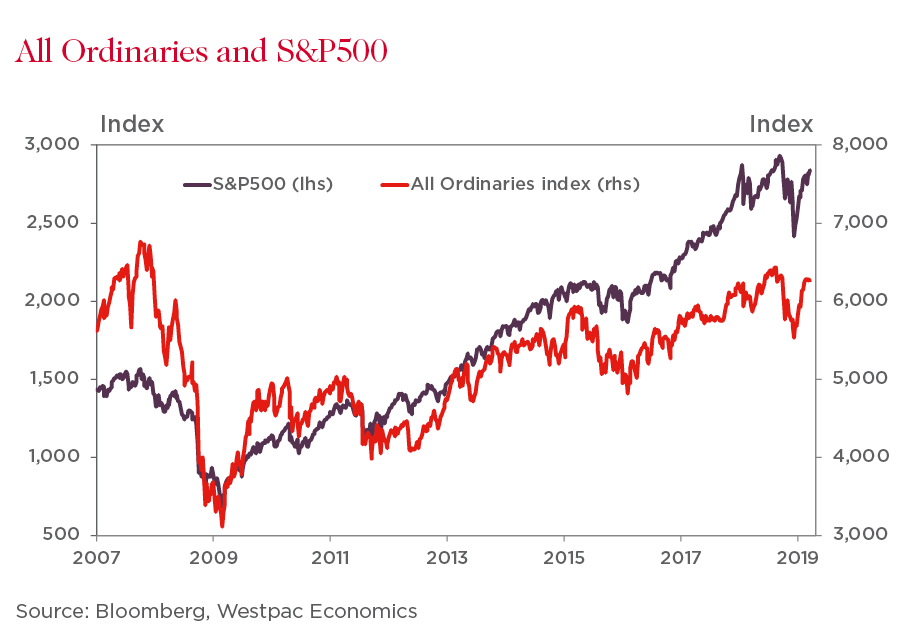 But the, well, ordinary showing of the All Ords tells only half the story: we’re a nation of dividend lovers and taking these distributions into account the market has actually delivered turbo-charged returns.

According to Siblis Research, the average Australian market dividend yield of 4.06 per cent in the 2017-18 year was exceeded only by Spain’s 4.3 per cent. And the S&P200 accumulation index – which tracks capital gains and dividends – has rocketed 60 per cent from its former June 2007 peak and is now trading at close to record highs.

Author of the well-known “Coppo Report”, Bell Potter broker Richard Coppleson highlights the stellar contribution of dividends over the last 25 years, with the accumulation index surging 974 per cent over that time. 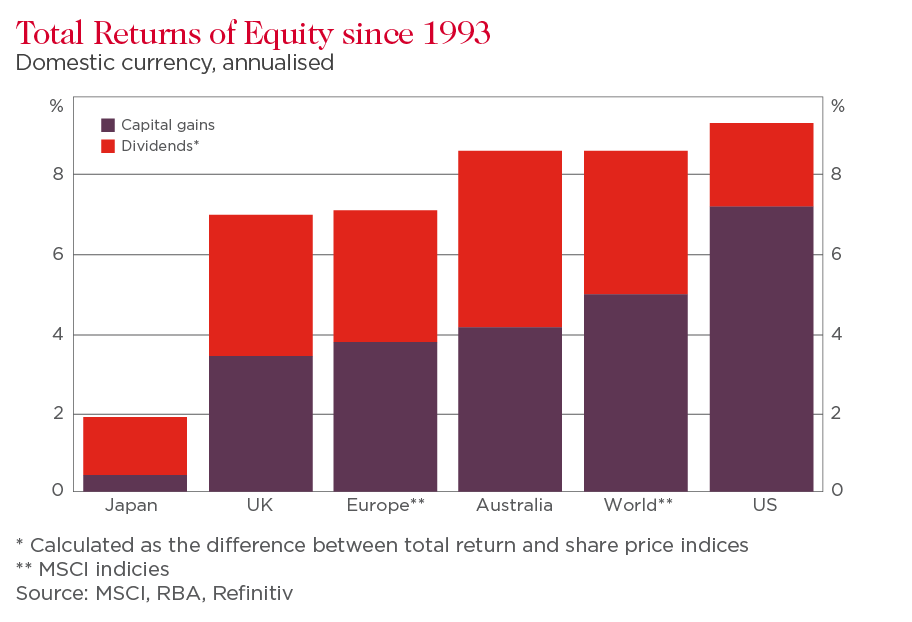 Looking ahead, prominent Sydney-based fund manager Geoff Wilson says he’s “a little bit bearish” and is particularly concerned about the direction of quantitative easing – central banks purchasing of bonds to inject liquidity into the financial system.

“I was thinking the market would fall 30-40 per cent and bottom out in December 2019, which would have been a great buying opportunity,” says Wilson, who founded Wilson Asset Management more than two decades ago.

However, the Fed’s recent about-face on unwinding its balance sheet and hiking interest rates has soothed concerns, and Wilson now reckons the stockmarket will decline by 5 per cent this year.

Other experts, however, say a sluggish economy doesn’t necessarily bode poorly for the market and that any Reserve Bank rate cuts could have their traditional effect of boosting asset prices.

As for the housing market, it’s actually showing signs of improvement – or at least the rate of decline is slowing. CoreLogic says national housing values slipped a further 0.6 percent in March. That may not sound too flash, but it’s the lowest monthly rate of decline since October last year.

In the timeless shares-versus-property debate, perhaps there’s another chapter yet to be written.