There’s a wonderful story attached to a French lady, Madame Jeanne Calment, who made it to 122 before she died in 1997.

In 1965, when she was 90 years old and had no heirs, she sold her flat in Arles to her lawyer under the French Viager system, which allows the vendor to stay in the property until they die in exchange for getting a monthly pension from the buyer. Instead of paying the full sum up front, the buyers promised to pay Madame Calment 2500 francs a month until she died.

The lawyer was pretty confident as he was only 47 years old at the time and she was 90: for him, it looked a cheap way into a nice flat.

He ended up dying in 1995 at the age of 77, and under the terms of the deal his widow had to keep on paying the pension until Madame Calment died a few years later. By the time the old lady expired, the couple had paid out more than twice the value of the apartment.

The moral of the story: your elderly relatives may not be your saviour in real estate any time soon.

Moving to the here and now, the timing would appear encouraging: house prices have dropped in some areas, particularly in prior boom-markets Sydney and Melbourne, making first home buying a slightly more realistic prospect. A timely generational transfer of wealth from the grandparents – or mum and dad in coming decades – of some of Australia’s roughly $6.9 trillion in real estate could surely only help, particularly with a deposit.

But perhaps don’t hold your breath for your seniors to move into an aged care facility or fall off the perch and leave you their house.

Two decades ago, average life expectancy in Australia was 75 for a man and 81.1 for a woman. But the latest crop of accurate numbers from the Australian Bureau of Statistics, dated 2016, has men at 80.4 and women at 84.6 years.

On these figures, every decade that ticks by sees men add 2.7 years to their average lifespan, or more than one year for every four years lived. It’s less marked for women, but the trend is the same.

On top of that, the Institute of Actuaries has just put out a paper entitled “Exploring Retiree Mortality”, which notes in a throwaway line that retirees with bigger reserves of savings are tending to live longer than their less prosperous compatriots. So much for the “rich uncle” school of property optimists…

Australia now ranks sixth in the world for overall life expectancy and while we all know we’re going to live longer, the rate at which people are now living a very long time, past 100, has climbed to an absolutely startling degree.

Back in 1975 there were around 120 centenarians in Australia, in a population of just fewer than 14 million.

What’s more, the Centre for Healthy Brain Ageing in Sydney believes the number could exceed 50,000 by 2050. And before you assume they are all dribbling quietly to the end in some institution, a surprising number of them still live at home with a bit of outside help.

Part of the reason is people are living more active physical and mental lives. A friend of mine recently met a 91 year old lady who just started going to the gym.

Another in his 40s was also recently thumped at Scrabble by his 104 year old grandmother, an event he said was pretty commonplace, although the winning margin was greatly helped when she started the word HERMITS on a Triple Word Score.

For the baby boomers and older, feelings relating to property are mixed. 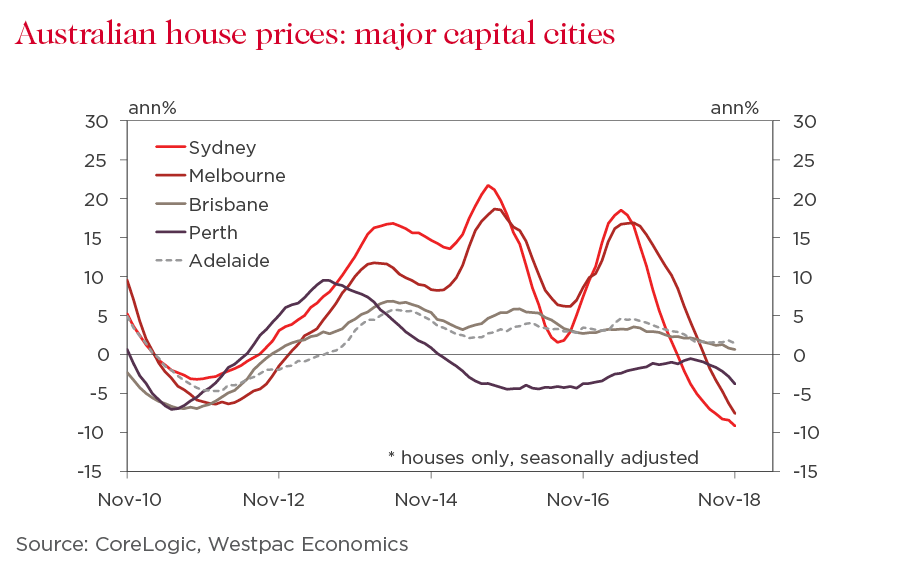 Many homeowners feel that while their house may have gone up in value by more than 50 per cent from 2012 to 2017 (in Sydney and Melbourne) and they have no desire to expire or sell, their children are also quite probably still feeling locked out of the market. The Grattan Institute recently analysed the 2016 Census, concluding the 25-34 cohort’s presence as home buyers has dropped since 1986 from 58 per cent to 45 per cent while homeowners aged over 65 – mostly paid off – have barely moved at around 81 per cent.

Yes, property prices are falling, down 0.7 per cent nationally in November, the weakest month-on-month performance since the global financial crisis. At least would-be buyers are no longer looking balefully at property prices climbing faster than they can save a deposit.

Yet prices are still only down 4.2 per cent from the October 2017 peak, meaning many people probably still feel they’re fairly pricey. Sydney is a good example – prices rose around 75 per cent in the five-year boom and have now eased back 8.1 per cent in the past year.

So many may still feel that a transfer of wealth would be handy to help them get into the market themselves.

But actuarial reality is still working against them.