With the Reserve Bank having cut interest rates for the first time in almost three years and more expected to come, there’s a lot riding on what it does to market sentiment.

Prior to today’s expected 25 basis point cut in the cash rate to 1.25 per cent, the mood pervading through the property market had recently improved as the Coalition’s surprise Federal election win reduced political uncertainty and removed risks around significant tax policy changes to negative gearing and capital gains. The government’s new first home buyer policy and the prudential regulator’s potential changes to loan serviceability assessments also helped inject some much-needed positivity into the property market.

Clearly, Westpac’s next consumer sentiment survey, which is in the field this week, will be closely watched for what this so-called “quadruple whammy” means for a housing market that remains weak but is showing tentative signs of life. As our May Housing pulse showed, the pace of price declines is moderating and there’s been a better tone around listings, auctions and sentiment.

And based on history, consumer confidence is likely to get a further “shot in the arm” following today’s rate cut. 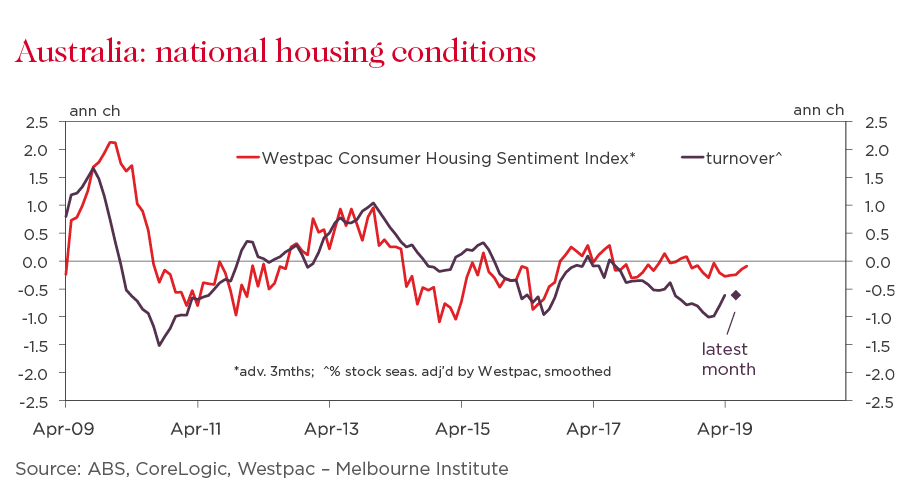 According to our analysis of thirty RBA rate cuts since its move to low inflation targeting in the early 1990s, rate cuts usually generate a positive response in the “time to buy a dwelling” index – a measure of consumer attitudes towards house purchase and a key lead indicator for the property market cycle.

Specifically, the initial boost to the index over the first two months averages +6.2 points, with most responses in the +2-9 point range. Notably, while sustained, this boost does not tend to build much over following months.

Looking at other components that feed into the index such as house price expectations, unemployment expectations and risk aversion, the impact of rate cuts is more muted. Also, the initial impact can often be negative, likely reflecting people’s various reflections on what rate cuts suggest about the health of the economy. Tellingly, the impact on house price expectations and risk aversion tends to build and become less ambiguous beyond the second month but the boost to unemployment expectations tends to fade.

Likewise, the impact of improved sentiment about buying property on overall consumer sentiment depends on a range of factors.

Most important is the degree to which rate cuts (and at times the size of rate moves) come as a surprise; the degree to which they affect expectations for follow-on moves; and whether easing coincides with other events, particularly negative shocks to wider sentiment.

Somewhat incredibly, the average sentiment boost over the two months following a cut is just +0.1 points. That compares to a far larger average boost to business confidence of +2.1 points.

Importantly, the near neutral average impact on consumers conceals a wide range of both positive and negative responses, reflecting the context of the move versus expectations. It’s also indicative of when cuts come within an easing cycle whether they coincide with a significant negative shock. Indeed, the average sentiment response to the first move in an easing cycle is a clear positive, +5.6 points. However, the response to cuts that follow a cut in the previous month is often negative, with an average of –3.5 points. The latter reflects a mix of “cooling off” from an initial boost and other developments.

So, what might all this mean for the June sentiment update due out June 12? 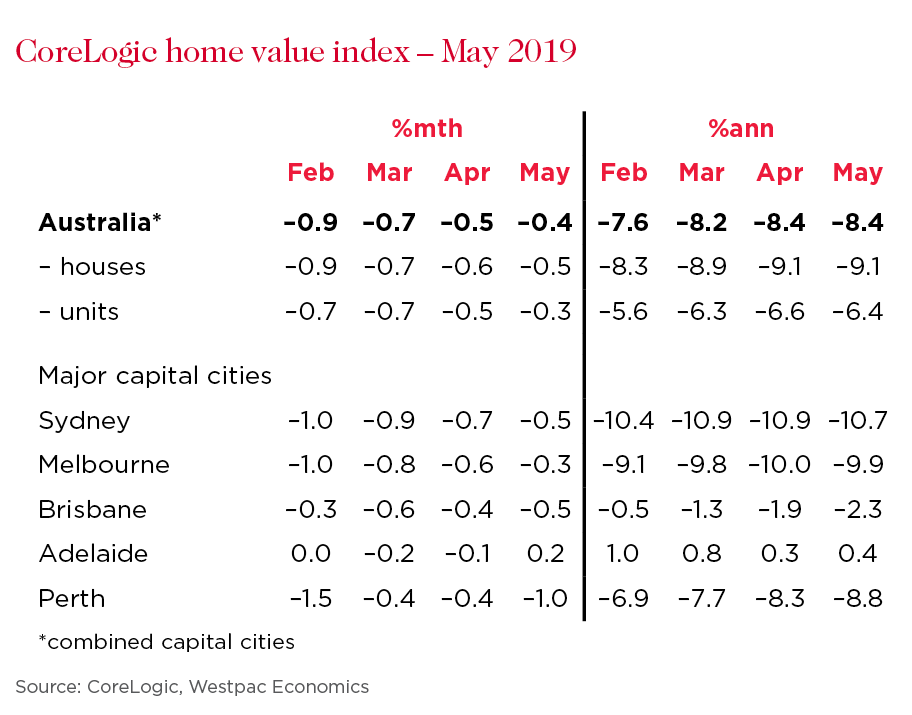 As noted, the context looks reasonably positive. The election is over, today’s rate cut is likely to come as a bit of a surprise for consumers, is likely to be the first of several – we expect follow on cuts in August and November – and comes in the absence of other events that would shock sentiment.

In turn, by the end of the year the “time to buy a dwelling” index and other housing related consumer sentiment measures may be back in positive territory if the historical boost to sentiment from RBA cuts repeats.