E-sign your mortgage – in Victoria, that is

Victoria is powering further ahead towards fully digitised mortgages after Bank of Melbourne rolled out e-sign technology to improve a process that new research shows many people find complex, time consuming and inconvenient.

While the technology is already used for other products and mortgage “top-ups” in other states, Victoria in 2016 became a leader globally when the law was changed to allow e-signatures for new mortgages by removing the witnessing requirement.

“There’s no doubt this is the way of the future,” said Westpac’s Tim Roberts, a director of customer innovation in consumer banking who led the multi-year project.

At Bank of Melbourne, one of the first lenders to roll the technology out for mortgages in the state, customers are directed to an online portal customised by IBM and hosted within a private cloud environment, signing in with codes sent via email and SMS messages. They can then view, download, complete and upload the around 250 page package of mortgage documents, a process Mr Roberts said reduces the time from when the bank sends an approved home loan document to customers to when it gets them back from nine to five business days.

Other than reducing printing, postage and storage for the bank, customers only have to visit a branch once to identify themselves.

“It’s hard to specify the number, but too many of our customers were missing the settlement date and a big chunk of the reason for that was the time it took to get their loan documents out and signed and back, particularly if there’s any unforeseen complications,“ he said, adding that PwC research had found this was an industry-wide issue.

“So this is a massive efficiency for all – it reduces costs and complexity, and massively improves the customer convenience so the documents can be completed at home, work, on holiday, wherever they are.”

Westpac opted to first launch the technology at Bank of Melbourne after the Victorian government changed the Transfer of Land Act as part of a push towards fully digitising the home buying process. The NSW government may also be heading down the same path, in December releasing a discussion paper on “removing barriers to electronic land contracts”. 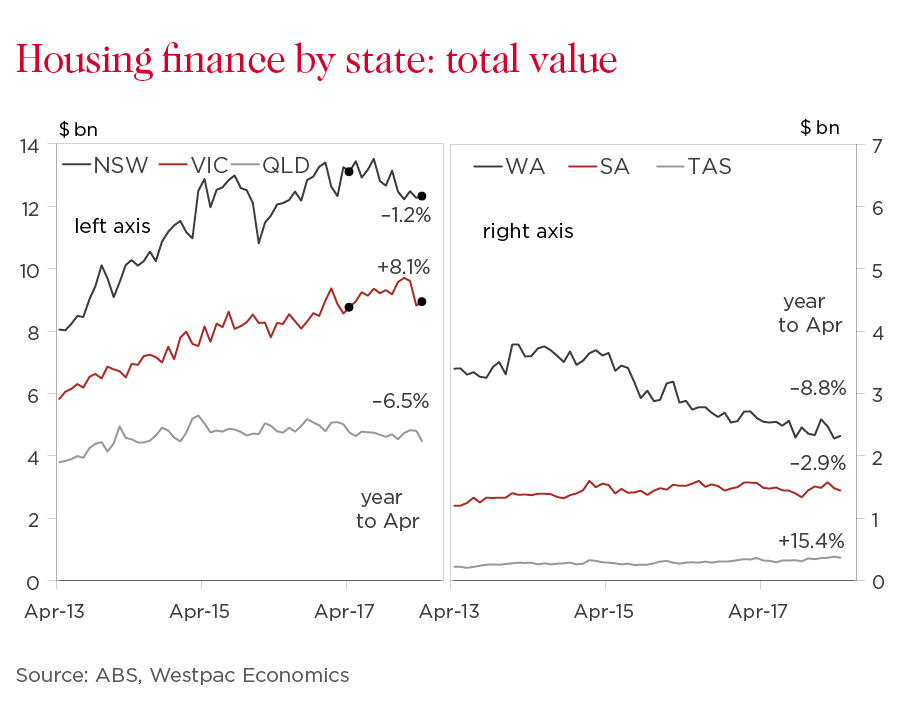 “Unfortunately the laws dealing with property acquisition phase are still stuck in the age of paper and ink,” NSW MP Victor Dominello said, adding that there was already a 2019 commitment to introduce paperless conveyancing for the registration of title part of acquiring property.

“In our digital world, people should not have to rush to solicitors and bankers to sign paper documents.”

But the paper also noted some barriers to fully digital mortgages, questioning whether the requirement that a mortgage document be witnessed by an adult not a party to the transaction could be removed, allowing the federal Electronic Transactions Act to apply. “But are the general provisions of the ETA sufficient for mortgage transactions or should a stricter standard of authentication for mortgage documents be prescribed?” the paper states.

Mr Roberts, who has given presentations about e-sign at conferences in Japan and the US, said Australia’s formal mortgage document remained fairly “ancient” compared to other products, complicating the broader rollout of the technology. However, he said the bank was open to working with governments keen to follow Victoria’s path, noting that more than 40 per cent of Bank of Melbourne’s new mortgage customers were using e-sign.

“Australia is absolutely seen as an international leader in this space, ahead of the US, Japan and most of Europe,” he said.

“By early next year, we expect to have this capability available in all states across all brands and several consumer products, positioning us well to roll it out for mortgages in other states if the laws are changed.”

In February, a survey of 1003 respondents who banked with a variety of lenders commissioned by Bank of Melbourne found difficulties with the documentation process was the second most challenging aspect of getting a home loan, following only “finding the right deal”.

The number of visits to a mortgage broker or lender and difficulty in reading the 250-page loan document appeared the major pain points. Overall, two out of three mortgage owners rated their experience with the documentation process as “hard/inconvenient/frustrating” and 75 per cent were likely to use a service such as e-sign, the survey conducted by Feedilicious found.