When I was four, my mum, brother, sister and I had to flee for safety from our own home. We had nothing but the clothes we were wearing, our pet duck Oscar and $2 for petrol.

Mum’s priest came to our rescue and referred us to the Salvation Army where we received crisis accommodation in a hidden location.

It was an extremely scary time, especially for mum, and we will be forever grateful to those who helped us during our time of crisis, providing the shelter and services we needed.

I couldn’t have predicted then how much those few years would guide my life and career.

It helped me to appreciate the social housing system’s value as an essential safety net.

But it also gave me first-hand insight into its limitations and structural barriers which can unfairly disadvantage and disempower parents and children, stifling their hopes and dreams.

It’s these barriers that I’m now focused on breaking down – some 20 years later – by founding not-for-profit Head Start Homes, where our aim is to help community housing tenants fulfil their dream to buy their own homes to share in its many inter-generational benefits.

Despite the obstacles thrown at her during those first few years in and out of temporary crisis accommodation, mum was determined to navigate the social housing system to find us more permanent shelter. Without it, we couldn’t be productive members of the community because we were constantly on the move.

Fortunately, by the time I was seven, we moved into community housing. This meant I could stay at the same school, improving my education dramatically.

It also meant mum could concentrate on working more so we could afford clothes and healthy food. As she excelled in her career and studies, her aspirations to become a homeowner grew, knowing that home ownership was the only means by which no one could tell us to leave again.

But sadly, mum soon found the system became a labyrinth, trapping us in and keeping us from that dream.

As I’ve reflected on this, I’ve pinpointed four key barriers that she, like so many others, faced.

The first is the deposit.

The amount of rent you pay in social housing is determined by how much you earn. This is helpful during times of crisis as you pay minimal rent, however as you start to get back on your feet, rent ratchets up. While this sounds fair at face value, in reality it can act as a disincentive to social housing tenants to find higher paying jobs or improve their careers to save for a deposit.

My mum is a good example. Mum was a registered nurse, and then was inspired to become a social worker. For the next 10 years she worked full time and studied part time while raising her three children. When mum finally attained her degree and got a higher paying job, our rent went up to the maximum, so she had no extra disposable income to save for a deposit.

All that hard work but we were in no better financial position.

Second, on top of ratcheting rent, if you earn too much you can be evicted from social housing. Again, that sounds fair, but it overlooks the dependency created by the system.

Social housing is a more secure form of tenure compared with the private rental system. If something goes wrong at work, social housing tenants can reduce their rent and, as long as you keep within the set income limits, you’ll have a home within the system for life.

In the private rental market, landlords can force you to move out and charge rents well above the market rate. Thus, it becomes safer for a social housing tenant not to risk taking on extra work or a promotion for fear of losing their home.

The third barrier is limited “know-how”.

Normally you learn about the process of buying a home from your parents or someone else you trust. However, if nobody you know has ever owned a home before, it’s hard to know where to start, or to even consider it as a reality.

I learnt from an early age not to tell anyone we lived in social housing because of the stigma I felt attached to it.

In reality, the 50 or so Head Start beneficiaries we’ve worked with over the past 12 months are amongst the hardest working and most loving parents I’ve ever met. They are support workers, carers, nurses, and cleaners who are disadvantaged by society’s structural barriers.

Since starting their home ownership journey with us, every one of them has received promotions at their work or worked more hours.

But like my mum, they had been living in a system that penalised them if they furthered their careers.

While these barriers seem intractable, I’ve found it takes just a little innovation and different thinking – with a philosophy of offering a “head start” not a “handout” into home ownership – and the results are astounding.

It’s similar to a parental guarantee, but the security we provide to the bank is by way of a term deposit as opposed to a parental home. In addition, under the Head Start Pledge created in partnership with banks beginning with St.George, our clients benefit from discounted interest rates and lower fees.

And surprisingly, our clients’ mortgage repayments are often the same or less than the maximum rent they were paying in community housing, meaning they are benefiting from home ownership, and paying no more.

A recent Anglicare survey found that fewer than 1 per cent of properties in Greater Sydney and the Illawarra were affordable for singles and families on low incomes, and noted NSW alone would need 200,000 more affordable homes by 2025.

In response, we recently helped facilitate a landmark agreement between Westpac and Burke Shire Council in remote far north Queensland, under which the council sold its properties at a discount to its First Nations tenants.

This discount enabled the bank to forgo a deposit and also meant the new homeowners had positive equity in their home.

The council then recycles the funds to build new affordable housing stock.

When it comes to the know-how barrier, we’ve created our Empowerment Services, to build our clients’ financial capability and provide property purchasing support, including access to a free property coach. We also have a wide network of socially minded home buying partners who provide discounted services such as conveyancing and building and pest inspections.

The ripple effect of these initiatives is astounding.

Our clients benefit from becoming homeowners – their mortgage repayments will go down over time as they pay off their loan as opposed to rent, which increases over time. They have a valuable asset which they can rely on in retirement and can pass onto their kids.

And importantly, each home that’s bought frees up an additional community housing home – at a fraction of the cost of traditional ways of creating community housing, resulting in significant taxpayer savings, while benefiting another family in need.

Home ownership can be a critical path to ending intergenerational poverty.

That’s why it’s so important to stimulate, not stifle, home-ownership dreams.

Westpac Group became the founding partner of Head Start Homes in 2018 and recently extended its partnership for a further two years.

Stephen Woodlands is the founder and managing director of Head Start Homes. He has more than 15 years' experience in finance, risk, law and government. Stephen has worked in a number of senior roles including Chief of Staff at St.George Bank and Senior Manager at the Chief Executive’s Office in Westpac’s Consumer Bank. Prior to his time at Westpac, Stephen worked at a boutique commercial law firm and was admitted as a solicitor of the Supreme Court of NSW in 2010. Stephen has also worked as an Electorate Officer and Speech Writer for Members of Parliament in South Australia. Stephen holds a Bachelor of Law, a Graduate Diploma of Legal Practice and an honours degree in Arts majoring in Politics. 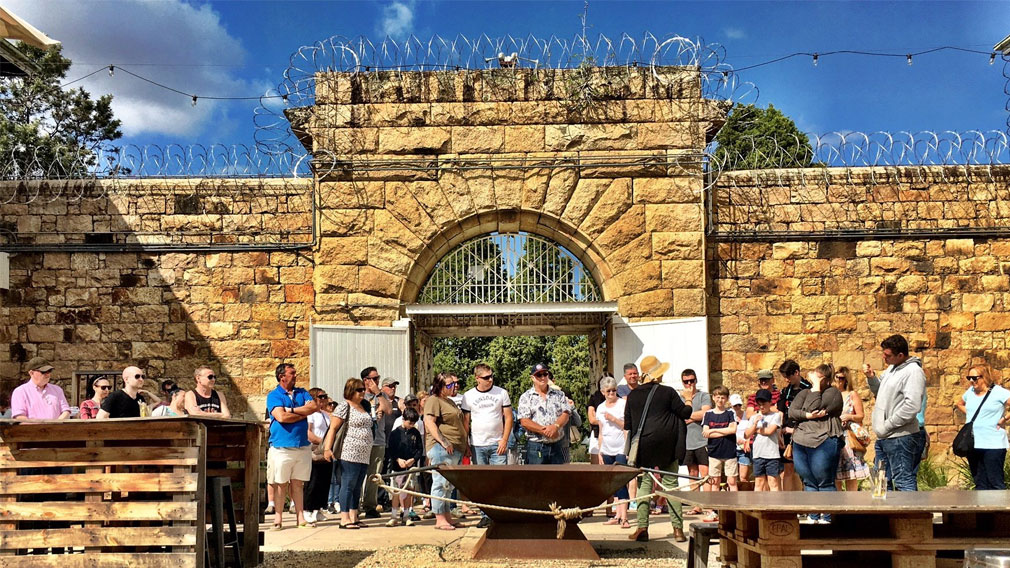