If you have ordered anything online recently, you can probably attest to the impact of supply disruptions.

Delays in deliveries have become standard, shipping costs have skyrocketed, and some businesses are facing material shortages.

In normal times, supply chains are a bit of a dry, niche topic. But with the disruptions now impacting everyone’s lives, that’s all changed.

So, what exactly is going on?

Well, as much as I like a succinct answer, there isn’t just one cause.

Unsurprisingly, much stems from the pandemic. Transport bottlenecks emerged last year because of a sharp increase in global demand for goods at the same time as services consumption plummeted amid lockdowns.

Meanwhile, factories were hit with constraints on their operations. A global shortage of shipping containers also emerged which was exacerbated by congestion at some ports.

On top of that, global supply chains have also been hit by diplomatic tensions, power shortages in China and extreme weather.

Oh, and the Suez Canal – one of the world’s busiest shipping routes – was also blocked for six days in March this year.

In short, our “just in time” supply chains have crumbled under the pressure.

An April 2021 survey conducted by the Australian Bureau of Statistics found around 30 per cent of Australian businesses had been impacted by supply-chain issues. However, given these issues have continued to persist throughout the year, this figure is likely higher now. Businesses in manufacturing, construction, retail, and wholesale trade were among the most affected.

To be sure, the bottlenecks in supply chains is clearly a complex, multifaceted problem that are unlikely to be resolved in the short term. 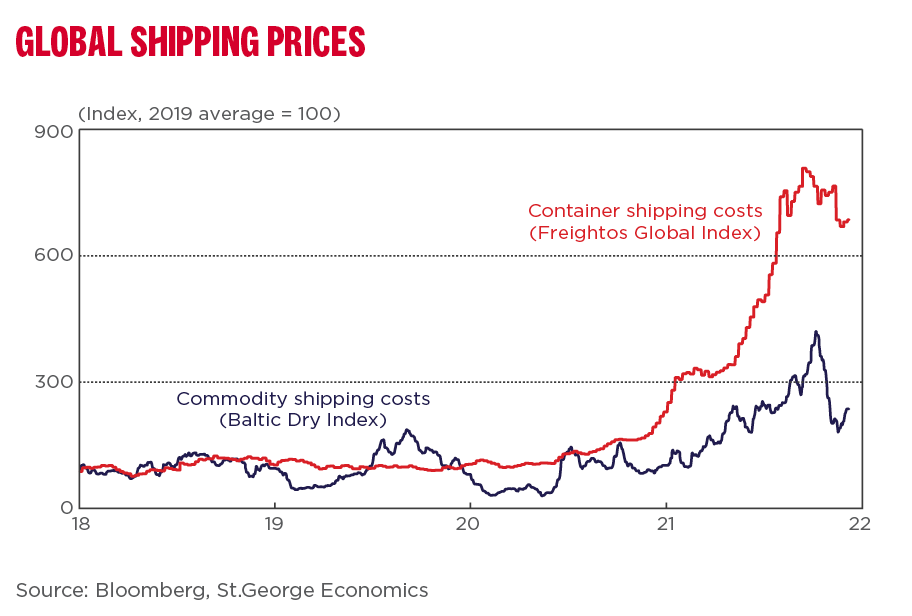 Indeed, the disruptions have worsened over the past year.

Purchasing managers’ index surveys suggests supplier delivery times have consistently deteriorated across the globe. Inventories have been run down as businesses have struggled to keep up with demand.

Meanwhile, container shipping costs have surged over 600 per cent since the start of 2020.

So, how much longer will these disruptions persist?

Unfortunately, it will take some time for these bottlenecks to be worked out. Our customer liaison suggests that disruptions will persist in some form for at least another 12 months.

On the upside, the move to relax COVID-19 restrictions around the world will see a rebalancing in consumption back towards services and away from goods. The Reserve Bank Governor recently stated he expects this shift may help disruptions begin to ease over the next six months.

Part of why this is such a hotly debated topic is because of what it means for inflation – a key focus for markets and policymakers alike.

Producer price inflation – or prices at factory gates – has reached its highest level in many years in some economies.

The extent to which this has been passed onto consumers varies.

It crept up to just 2.1 per cent in the September quarter.

Markets are watching closely because the path of inflation will be critical for determining when central banks lift interest rates from their record lows. Central banks, up until recently, have characterised these pressures as “transitory”.

But the longer supply disruptions persist, the bigger the likelihood that these ‘temporary’ price increases will become entrenched.

The emergence of the Omicron variant is another spanner in the works.

We are still learning about the new variant. However, if it leads to poorer health outcomes and lockdowns are reintroduced, it could exacerbate supply disruptions and prolong higher inflation.

We have forecast underlying inflation will be a little under 3 per cent at the end of next year while the RBA expects a bit over 2 per cent.

Subsequently, we expect the RBA will lift the cash rate in early 2023.

The RBA has conceded a move in 2023 is possible, after recently dropping its guidance that the cash rate will not increase until 2024.

But no doubt there are risks to the upside for inflation. Indeed, markets are pricing the first rate hike in for the second half of 2022.

If supply bottlenecks endure, and energy prices remain elevated longer than expected, a rate lift-off in 2022 certainly isn’t out of the question.

After decades of being ‘out of sight and out of mind’, supply chains are suddenly a key piece of the puzzle. 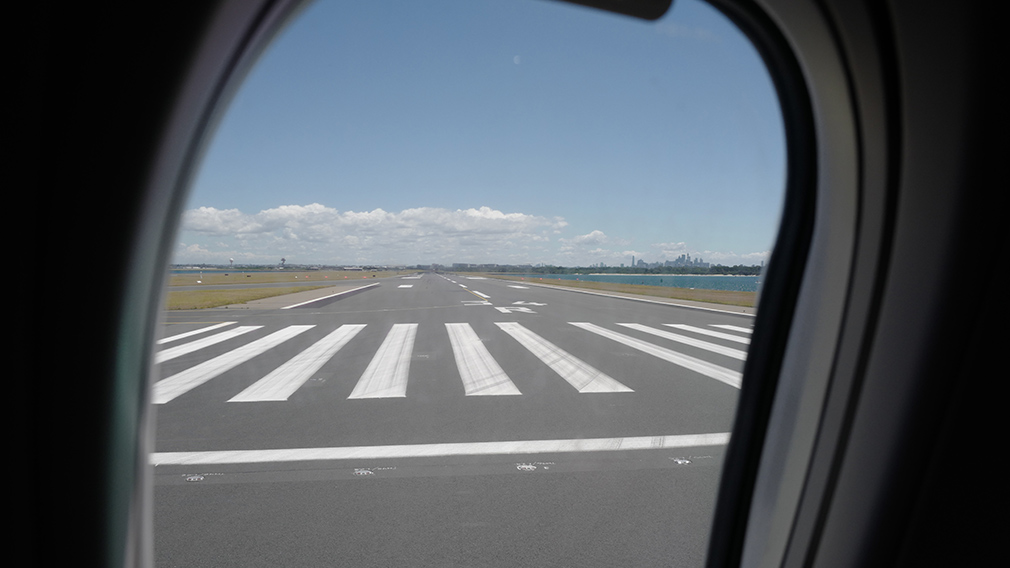