There is no denying the stunning recovery in the labour market since the sharp COVID-19-induced downturn last year.

In the past 12 months, employment has bounced hard to be 1 per cent above pre-COVID levels and the unemployment rate has consistently surprised, falling to 5.1 per cent – where it was as the pandemic hit.

While the recovery has not been equal across all sectors, it has nonetheless been broad based and a welcome development.

However, in the last six months momentum nationally has slowed with a larger number of sectors – including mining, agriculture, utilities and construction – going backwards.

This is particularly important because as we move from recovery to the expansion phase, the health of the labour market is key to wages growth and inflation outcomes – and thus when the Reserve Bank begins raising interest rates and the next tightening cycle.

To be sure, uncertainties from lockdowns aside, the outlook for the labour market remains solid in many respects, and we expect the unemployment rate to decline to 4 per cent by June 2022.

But as always, there is a lot more going on in the labour market than headlines let on.

In contrast, job ads have surged by less to be 40 per cent higher than in February 2020 and remain well below the previous high of May 2008. 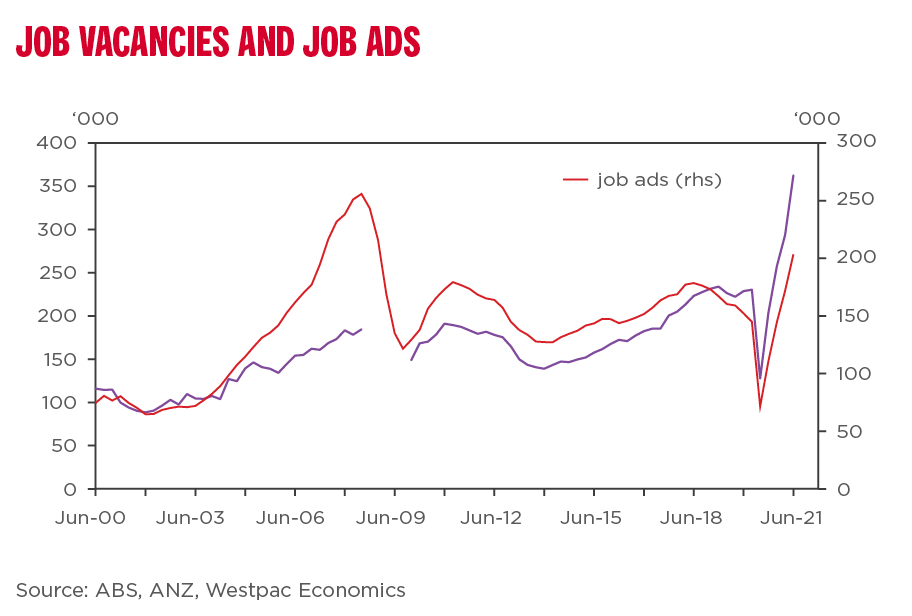 The natural conclusion is that this surge in vacancies is pointing to an unprecedented lift in the demand for labour and that will boost wages.

Firstly, it’s worth remembering that employment data is the stock of people employed while vacancies behave more as a flow of unfilled jobs at a point in time. They tend to rise when new jobs are unfilled, and when an employee leaves an existing job. Vacancies fall when a vacancy is filled by a new employee or when an employer cancels a vacancy because their situation changes or they can’t find a suitable candidate.

Using a “Beverage Curve”, since 1980 there has been a broadly stable relationship between vacancies and unemployment. But since the first quarter of 2020, the analysis suggests a mismatch between the skills of the unemployed and the skills required by the vacant positions.

Yet despite recent debate about skills shortages in certain industries, we think what is actually occurring is more to do with a change in the supply of labour rather than a sudden mismatch of skills.

Of the total increase in vacancies since February 2020, the single largest contribution came from hospitality, up 165 per cent.

Yet hospitality employment is down 6 per cent.

Put another way, there appears to be a significant shortage of staff, even though total employment is lower than it was pre-COVID.

In addition, there’s been a decline in the number of main jobs in the sector but a rise in secondary jobs, suggesting employers are searching for ways to make up for a lack of suitable labour by using workers that are prepared to take a second job.

Taken overall, the extreme surge in hospitality vacancies does not appear to be output or demand related.

Unsurprisingly, the impact of the closed international border on the labour market and broader economy is getting a lot of attention. 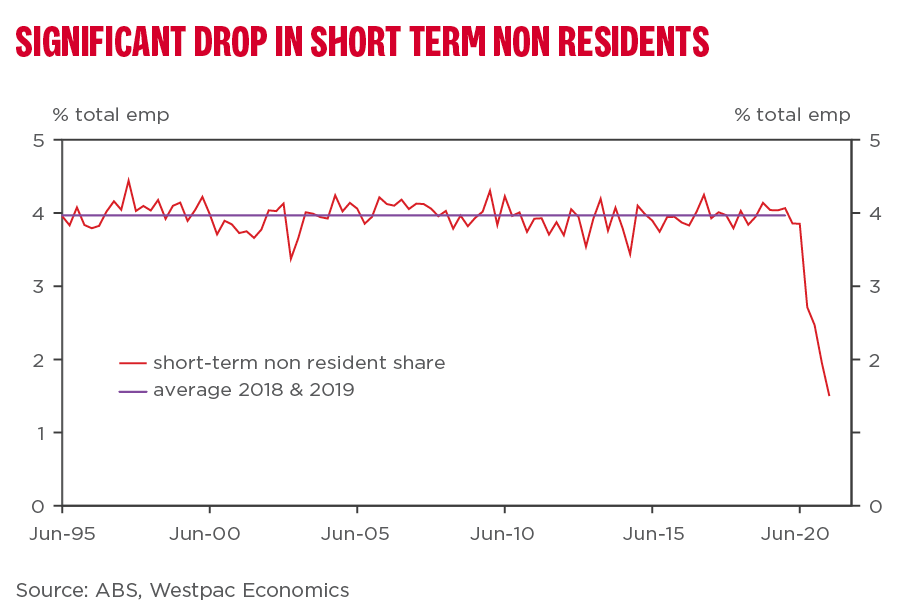 While it is clear the loss of these non-resident employees has been a significant factor reducing labour supply and tightening the market, there are other factors at play.

Employers are finding alternative labour sources as people change careers or make different choices because of COVID (as seen with the rise in workers holding a second job). Employers are also looking into alternative arrangements and/or deciding to make do with less staff, either through a reduction in activity or investing in productivity-enhancing technology to maintain output with fewer employees.

Participation has also risen to a record high, driven by a record proportion of females in the workforce, which has boosted the domestic supply of labour.

In short, the border closures have contributed to the rise in vacancies but are likely only one source – and not the sole driver – of the rise in unfilled jobs.

It’s also worth noting that from the ABS we know heading into COVID a number of sectors most exposed to the shock were also in the most fragile or precarious financial position, including non-food retailing, airlines, hospitality and accommodation.

With vacancies being boosted by labour shortages rather than excess demand, firms are likely to have a reduced incentive to bid up wages. 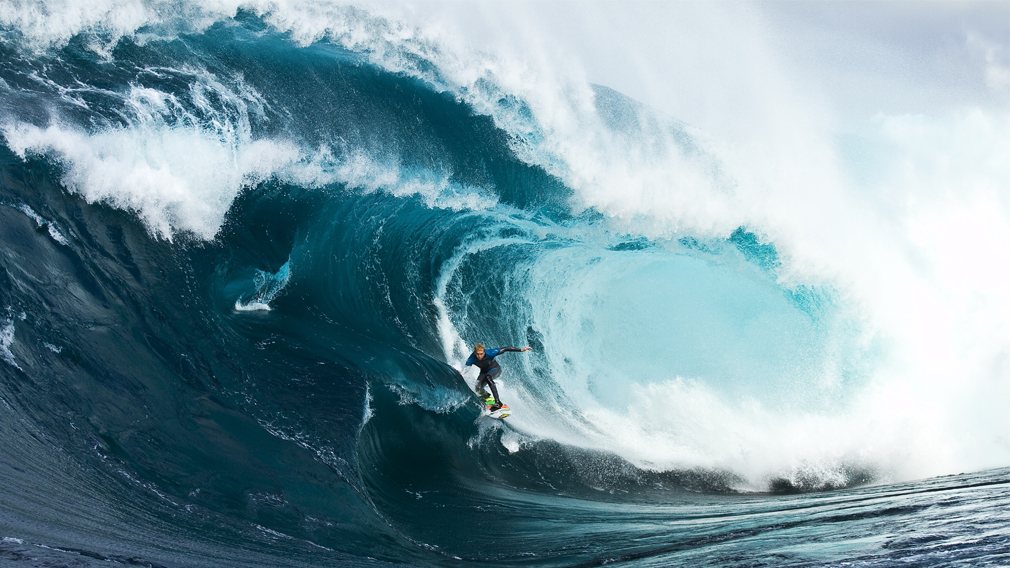 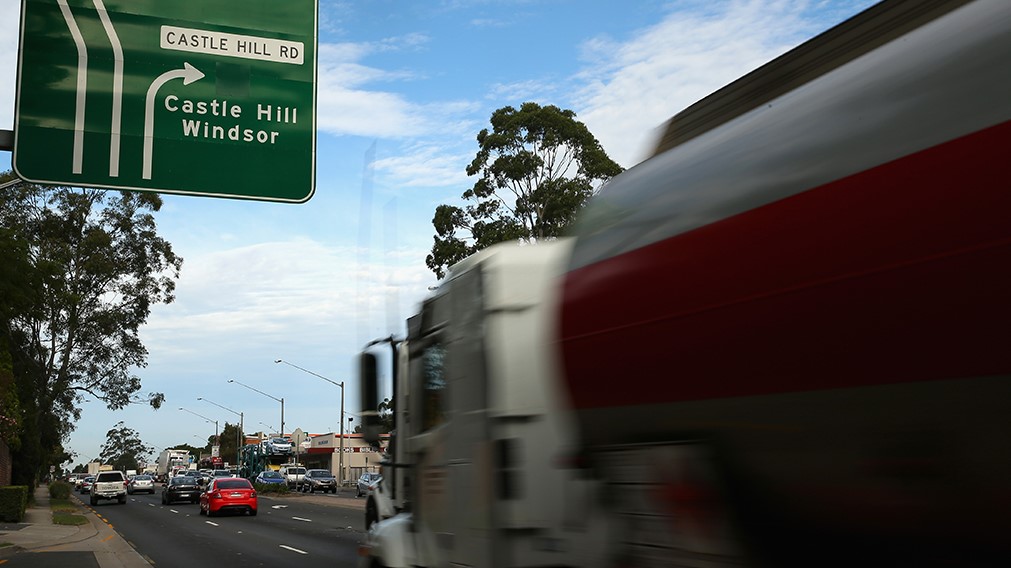