Farm to fork: how your food is changing

It may not be top of mind – or on the tip of your fork, so to speak – but the industry behind the food we consume every day is being re-shaped by massive mega trends, affecting us in many ways.

A growing global population, rising incomes in poorer countries, digitisation and changing consumer preferences are combining at pace to create opportunities and challenges for many industries, as is often discussed – and it’s no different for the one that delivers one of life’s crucial requirements, food manufacturing.

Each year the world is adding another 82 million people that need to be fed, making the trajectory for food demand a one-way bet. Yet consumers in richer countries who can already afford good food are becoming much more fussy about what they eat. They want to know more about where their food comes from, what’s in it, and whether it is safe to eat, particularly younger generations. “Clean” labels that specify food ingredients in an easy to understand way are increasingly popping up, while some manufacturers have even developed apps so consumers can track retailed food products from “farm to fork”.

Elsewhere on the supply side, unique characteristics of crops are being digitally recorded so they can be reproduced in simulated environments in other parts of the world. New substitute foods also continue to flourish as bio-tech researchers design an array of foods with unusual ingredients.

New technologies, such as block chain, artificial intelligence and robotics, are also being used to improve operational and supply chain efficiencies – which can be notoriously complex – as well as minimise risk. Participants can now monitor food production from the farm to when it leaves the factory in real time to improve food safety, reduce wastage and limit opportunities for food fraud.

Improved traceability not only addresses a key consumer demand for more information about their food, it also helps to reaffirm quality and create a point of difference for manufacturers. Using transaction data and technology to better understand how and where consumers buy food, and in what quantity, well before they do, is becoming increasingly important.

This is just a taste of what’s in store for food manufacturers as mega-trends take hold.

Food manufacturing is essentially all the businesses that process raw material ingredients produced by the agricultural sector into food fit for human consumption.

For a sense of its importance, in my home of New Zealand the sector employs about 86,000 people and makes more than $NZ40 billion in sales (about a third of manufacturing turnover), which equates to just under 4 per cent of GDP. About three-quarters of sales are generated from exports – a not surprising fact considering NZ produces enough food to feed more than 20 million people, more than four times the country’s population. 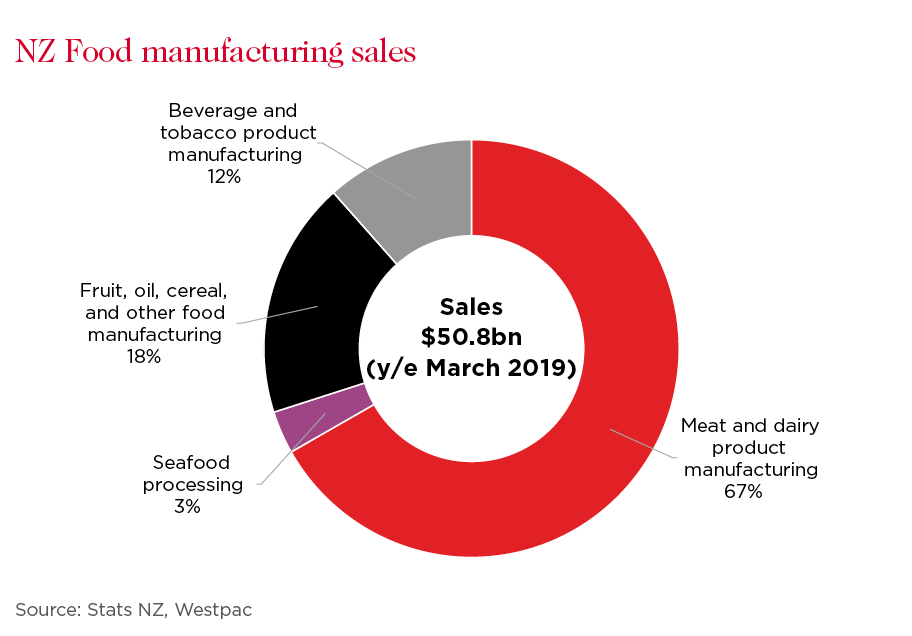 In short, food manufacturing – along with raw agriculture exports – is a big deal for the country.

Blessed with a relatively low cost, pasture-based agricultural system that benefits from the temperate climate, high rainfall, a plentiful supply of water and fertile land, NZ has historically taken advantage of global demand. Since the turn of the century, food export volumes have grown by an average 4 per cent per annum, in contrast to an average 1.7 per cent expansion in domestic sales, only slightly ahead of average population growth.

And there’s lots of opportunities for industry participants to keep the good thing going.

By 2050, the world’s population is projected to rise from 7.6 billion people to almost 10bn, mostly from rapidly industrialising emerging market countries where the middle classes are increasingly opting for high protein foods like meat and dairy, with an insatiable appetite from China.

This is good news for food manufacturers like in NZ who have built a hard-earned reputation for producing quality food.

Interestingly, while taste, price and convenience remain major considerations for many consumers globally when purchasing food, top of the list is food safety.

And with good reason.

The World Health Organisation estimates that 600m people worldwide fall ill after eating contaminated food each year, while about 420,000 die from foodborne diseases. Corresponding estimates are far lower in developed markets, yet remain large enough to cast doubt in the mind of consumers.

But mega-trends are also presenting challenges. 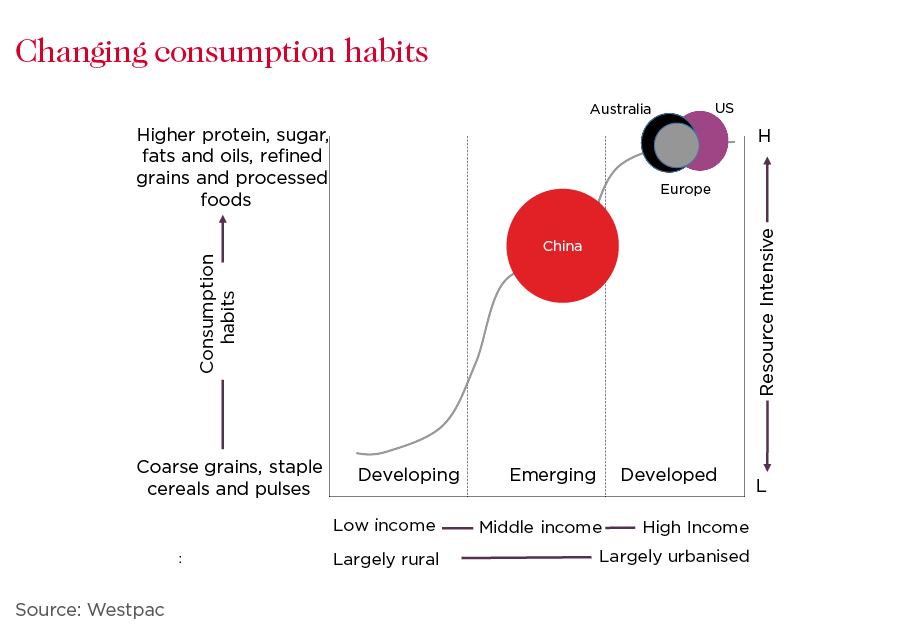 New foods are slowly moving into the mainstream, broadening our definition of what food is. Cellular milk is well into production and meatless products can be found in our supermarkets. Although still at the margin, more will come and the availability of alternative proteins is a growing threat to food manufacturers in countries like NZ and Australia that historically have been able to leverage their position as producers of premium quality meat and dairy.

This may put NZ’s geographically distant food manufacturers at a competitive disadvantage in key export markets.

For food manufacturers the message is clear – competition is shifting, and quickly. Increasingly, consumer led competition is no longer about just producing food and achieving cost efficiencies. It’s about doing so in a way that is transparent and responsive to the increasing demands of a far more knowledgeable consumer.

The food manufacturing landscape is in for some big changes.

Paul joined Westpac’s Economics team as an industry economist in July 2017 focusing on the structural analysis of industry and regional economic performance. Prior to joining Westpac, he was a principal advisor at the New Zealand Transport Agency focusing on environmental analysis and non-financial performance measurement and monitoring. Before emigrating to New Zealand in 2006, Paul had worked extensively in South Africa as an industry economist and as a country risk analyst specialising in developing countries in sub-Saharan Africa.