Does a would-be borrower with a penchant for pizzas and gambling constitute a greater credit risk than a customer spending up big on further education?

Subjectively, the answer may seem obvious.

But historically, the trouble with traditional approval methods is that loan officers had little way of knowing how much applicants spend on takeaway -- let alone crispy crust pepperoni pizzas.

However, the credit assessment paradigm is rapidly changing courtesy of both sophisticated technologies and the introduction of “Open Banking” and Comprehensive Credit Reporting (CCR), at the same time as increasing use of automation and algorithms that can detect patterns in voluminous data in a way the human eye can’t. Welcome to the age of dynamic, near real-time credit assessment.

“While the effect on asset performance remains to be seen, digital disruption is altering origination, underwriting and servicing practices,” S&P says in its November report on Australian credit analysis and digital ecosystems.

“Access to more data and the use of artificial intelligence and machine learning to unlock new data insights will drive better underwriting over time.”

To date, traditional lenders largely relied on legacy manual verification of an applicant’s income and expenditure, and benchmarks like the Household Expenditure Measure, which measures living expenses based on things like family size, location and lifestyle.

But by analysing real-time changes in spending patterns with the likes of new algorithmic “big data” methodologies, lenders of the future might be able to forecast a likely loan default before it even happens.

Taken to the extreme, lenders could even factor in “soft” factors such as an applicant’s university score, or their social media profile. In recent times, digital credit decision making has been heavily adopted by fintech challengers to assess mainly short-term consumer loans. But it also has the potential to improve and streamline mortgage decision-making at a time when credit quality may face a test as property prices cool.

“Digital disruption will accelerate the pace of credit decision making and expand our understanding of borrower behaviour,” says S&P’s Kitson. “But rather than replacing fundamental credit analysis, we believe it will enhance it.”

The potential was noted by the Productivity Commission in its 2017 report into data availability and use, which noted that businesses putting large amounts of data into algorithmic decision making tools can result in “improved decision making and risk management”.

“In less than two decades, extraordinary developments in computing power, data generation and algorithms that can detect patterns and preferences previously indiscernible, have enabled new business models and opportunities. Individuals, businesses, governments and the broader community have all benefited from these changes,” the report states.

Under the Open Banking regime, which is being phased in from mid-2019, banks will be obligated to provide a customer’s full account and transaction records to accredited third parties – rival banks, fintech start-ups or other intermediaries. The data must be in machine readable form, often accessed via so-called Application Programming Interfaces, or APIs.

According to PricewaterhouseCoopers head of innovation and disruption Kate Eriksson, Open Banking and the fallout from the banking royal commission -- a sharper focus on lending standards – is just as powerful a force in reshaping credit decision-making as new technology, spurring notable change in the market.

“We are seeing a lot of partnerships between fintechs and the challengers,” she says. “But it’s not black and white, there are a lot of ways to engage and partner.”

On behalf of its 180 financial services clients, “data aggregation” firm Basiq – part-owned by Westpac’s majority-funded venture capital firm Reinventure – collates customer data (supplied with customer consent) and slices and dices it using the magic of algorithms and machine learning. Expenses such as gambling and education are identified at a granular level and put into four key categories, as defined by the Australian Bureau of Statistics.

“When we look at the transaction it’s usually pretty unclear what it is. It can come from a weird company or place,” Basiq’s head of partnerships Lorraine Longhurst says. “(But) we can identify the location of the merchant and the category, for example not just food but takeaway and even a certain type of food.”

Longhurst adds data analysis is being used not just for credit assessments, but other products such as saving apps and retail energy plans, even before the planned roll out of Open Banking across the telecommunications and energy industries.

“We have some really interesting use cases,” she says. “For example, Grow Super is changing the way they deliver financial advice based on their customers’ change in financial situation using bank statements.”

PwC banking specialist Jim Christodouleas stresses many of the decision-making applications are “speculative” and there will be much trial and error as lenders work out how best to use the expanded data. “You have to interpret the data, which is an enormous challenge and that is where artificial intelligence and machine learning will shine,” he says.

At the same time as Open Banking is rolled out, Comprehensive Credit Reporting is also picking up steam and will enable credit ratings agencies to assess a consumer’s creditworthiness based on broader data such as a borrower’s positive and negative repayment history, credit limits and the type of accounts held.

Over time, Kitson believes CCR may lead to the Australian lending sector adopting its own version of the universal FICO score in the US that is used to assess the creditworthiness of an individual borrower.

Devised by the data analytics company Fair Isaac and Company in the 1980s, FICO weights a number of factors based on customer data held with the three national credit bureaus with payment history accounting for 35 per cent of the total score. 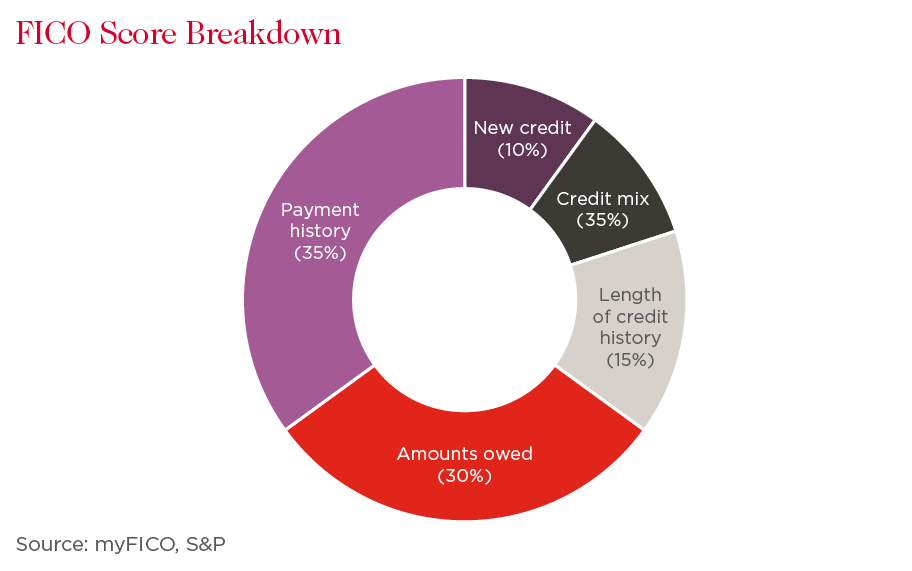 “The extent to which the data can be used to calculate FICO-style scores will depend on a number of factors, most important of which is the quality of the data provided,” Kitson says of CCR.

While fintech companies are deploying technology to develop detailed borrower platforms, the brave new world of lending shouldn’t be oversimplified as an “us and them” landscape of the nimble fintechs versus the legacy dinosaur banks.

By its very nature Open Banking -- which took a further step last month when The Australian Competition and Consumer Commission released the “Consumer Data Right” rules outline for the regime -- implies a more co-operative approach to sharing customer data, with banks and fintechs alike tapping the same rich pools of information.

And it’s not as if the banks are twiddling their thumbs. Christodouleas says banks are already reducing their usage of the Household Expenditure Measure and probing spending more intensely in response to demands for more responsible banking decisions. Also, banks, including Westpac, have publicly supported the push to greater data-sharing under Open Banking.

“Mortgage assessment is making better use of transaction analytics but people are doing it the old-fashioned way, pulling out bank statements,” Christodouleas says. “Open Banking provides much better opportunities for that.”

There’s little doubt that by reducing the need for checking paper transactions, digital decision making has the capacity to cut costs and reduce approval times in credit approval processes.

But the wider benefits come from the ability of an institution to know its customers better, giving the ability to provide tailored products and services.

For example, customers known to be saving for a home deposit might be contacted proactively by a bank when they have saved enough. Also, as S&P points out, the new data sets that are flowing from the new players in the digital ecosystem have yet to go through a full economic cycle, making it hard to predict loan performance during recessions in the same way as loans written by banks through several cycles over many decades.

The key in the Open Banking era, Eriksson adds, will be strategy; given both the legacy players and the challengers will have plenty of choice as to how to get things done.

“So they will need to know what they want to achieve,” she says.