How this housing correction differs

Many people have become conditioned to believe that Australian house prices rarely fall.

In the 1970s and 1980s, high inflation often disguised material house price corrections in real, inflation adjusted terms. Through most of the 1990s and early 2000s, the move to low inflation and an associated rise in household leverage meant prices saw a long period of robust nominal gains.

While the decade since the global financial crisis has challenged the notion with more regular periods of price declines, the strong gains in Sydney and Melbourne between 2012 and 2017 may have revived the idea that prices rarely fall. For those that bought in, the price correction over the last year may be coming as a rude shock.

However, the reality is that house price corrections are reasonably common in Australia.

In the post-1980s period for which we have reliable price data for the five major capital cities, there have actually been about 30 separate price corrections in real terms. Going back further to the 1950s, albeit utilising less reliable data that covers just Sydney and Melbourne prior to 1979, the number of corrections grows to 55.

What do these earlier episodes tell us about the current adjustment? Unfortunately, making comparisons is difficult. About two thirds of these earlier price corrections were associated with a major interest rate tightening cycle and/or a wider macro-economic shock or recession.

That is to say – today’s correction, driven by macro prudential policy and credit tightening, is unique. 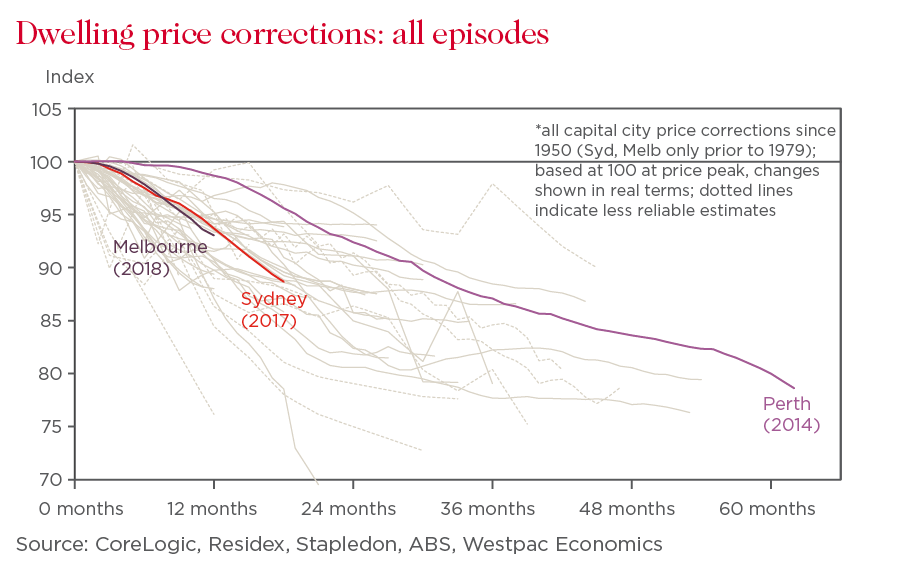 However, there are a couple of house price declines in the past 50-odd years that have not related to interest rate tightening cycles or economic shocks.

One is the ongoing correction in Perth.

Now into its fifth year, this is the longest price adjustment any major capital city market has seen since 1980 with cumulative real price declines on par with the brutal corrections during the 1990s recession. While providing lessons for Perth and perhaps other cities heavily leveraged to mining boom-bust cycles, the relevance is limited to the corrections underway in Sydney, Melbourne and other markets.

The Sydney correction in 2004 may provide a slightly better reference point, representing a price adjustment that was largely unrelated to wider macro cycles and included some regulatory intervention. Already, Sydney’s 9 per cent price decline from the 2017 peak puts the current correction close to the 2004 episode. 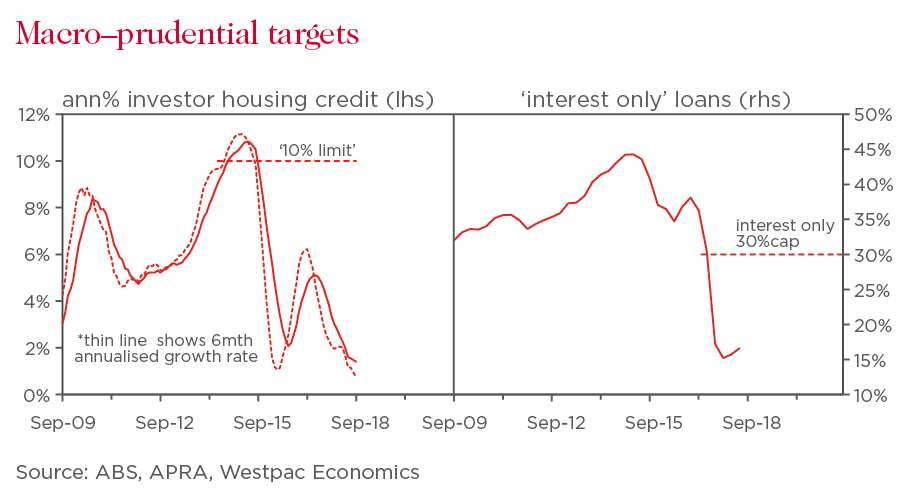 The question everyone is asking is whether the decline continues and whether the spill over impacts on the economy will be more material than in the mid-2000s?

On the question of spill overs, the effects so far look to have been minimal. The Westpac-Melbourne Institute Consumer Sentiment survey shows little impact on consumer confidence, even in the most affected capital cities, and unemployment expectations also improving.

Housing-related sentiment has been more mixed, the detail showing much weaker price expectations but a notable lift in assessments of “time to buy”. The latter suggests the improvement in affordability may be starting to generate some interest among buyers. 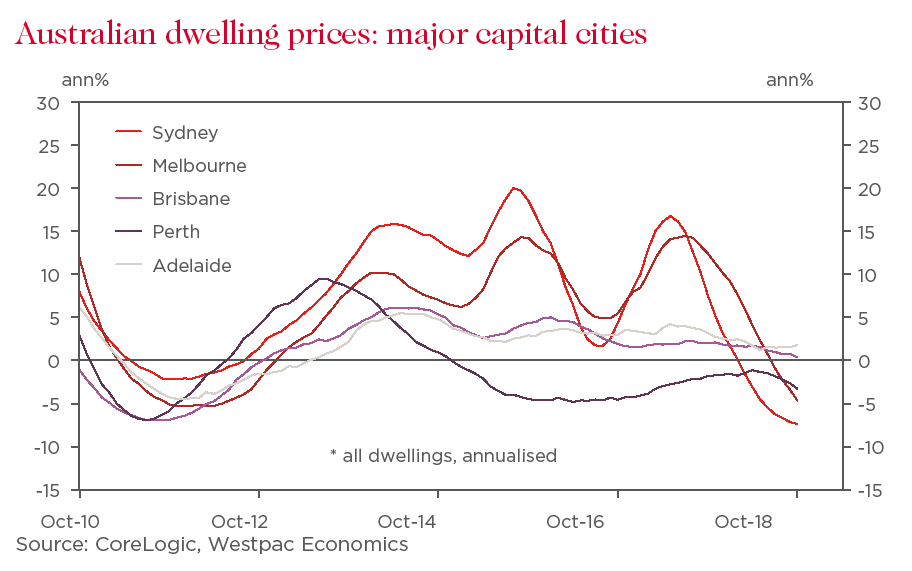 For the national economy, a key issue is the extent to which price corrections in housing markets have spill-over effects via so-called “wealth effects” – whereby consumers change their spending behaviour in reaction to changes in their wealth. Sizing these effects is difficult but we can get a sense of the size of the balance sheet impact by looking at how housing fits into the wider picture on household assets and liabilities.

The key takeout here is that several factors, if sustained, could soften the hit from the current correction. Among these, the most important look to be the relative stability of prices outside of the Sydney and Melbourne markets and the absence of a shock to other household assets (for example, the accumulation and valuation of superannuation holdings, deposits and shares).

It would effectively return household wealth to September 2016 levels. The decline is broadly comparable to that seen in the 2011-12 correction, when house prices dipped a little more than the current annual 3.4 per cent drop, but much milder than during the GFC when all assets were hit hard.

The housing market’s weak finish to 2018 suggests the current correction is not about to end soon.

Indeed, with interest rate cuts extremely unlikely and election related uncertainty around potential tax policy changes, weak conditions look set to extend through 2019 as well. Aside from prices, consumer sentiment will be a key indicator we will be watching very closely in coming months for any signs that the adjustment is starting to generate spill over effects to the wider economy.