More than two years after Britain voted to leave the European Union, the initial process of withdrawal – actual Brexit – is still yet to be agreed.

Although there have been many comments stating that over 90 per cent of the issues relating to withdrawal have been agreed upon, including the proposed divorce bill and payments during transition, it has always been clear that “nothing will be agreed until everything is agreed”.

Consequently, agreement on the final 10 per cent must be found to avoid failure, and this is really all about the Irish Border, or rather the freedom between Southern and Northern Ireland which has been key to peace in Ireland over the past twenty years on the back of the Good Friday Agreement.

If Northern Ireland were to remain within the customs union, the border issue could be avoided. However, the Northern Irish Democratic Unionist Party and the majority of the rest of the UK would not accept an effective border in the Irish Sea between Ireland and the rest of UK. Also, a widening of the customs union to include the whole of UK would mean acceptance of the EU’s Four Freedoms -- mobility of goods, services, capital and people – which will not be supported by pro-Brexit factions.

The issue for Prime Minister May is the vulnerability of her minority Conservative government, which is supported by the DUP, and her own vulnerability within her party.

Forcing an open period of a broader customs union until a post-Brexit arrangement can be agreed upon could be effective political suicide, but is also the only potential solution. Otherwise, a failed deal on World Trade Organisation trading arrangements would mean certain physical and regulatory border chaos.

Time is running out.

But since March this year, the EU and UK negotiators have failed to agree on Brexit and the future relationship. Remember, the remaining 27 national parliaments within the EU, along with the UK, need to ratify any agreement that might be made, highlighting just how tight the timeline is.

In the UK, the conservative (Tory) party’s deep divide over Europe harks back to when PM Heath held the referendum to enter EU back in 1971 (the UK joined in 1973) and has been instrumental in the Prime Ministerial downfalls of Thatcher, Major and Cameron.

There has always been a sceptical element within the Tory party towards continental Europe, which has evolved into a free-market, anti-EU faction of the party. Today, it includes the overtly hard-Brexit and anti-EU group of MPs, ironically coalesced around the European Research Group. But others within the party are pro-Europe, whilst there is also a large soft-Brexit faction wanting to gain more independence yet remain closely tied to EU.

May’s problem is the lack of a parliamentary majority is opening the door for factions to undermine policy they disapprove of, making the PM and her cabinet appear wholly inept in negotiations.

Across the English Channel, EU veteran and the single negotiator for EU-27, Michel Barnier, has stuck rigidly to his mandate and shown no desire to compromise or sway towards the UK’s desires, which, to be fair, he has no ability to do anyhow. 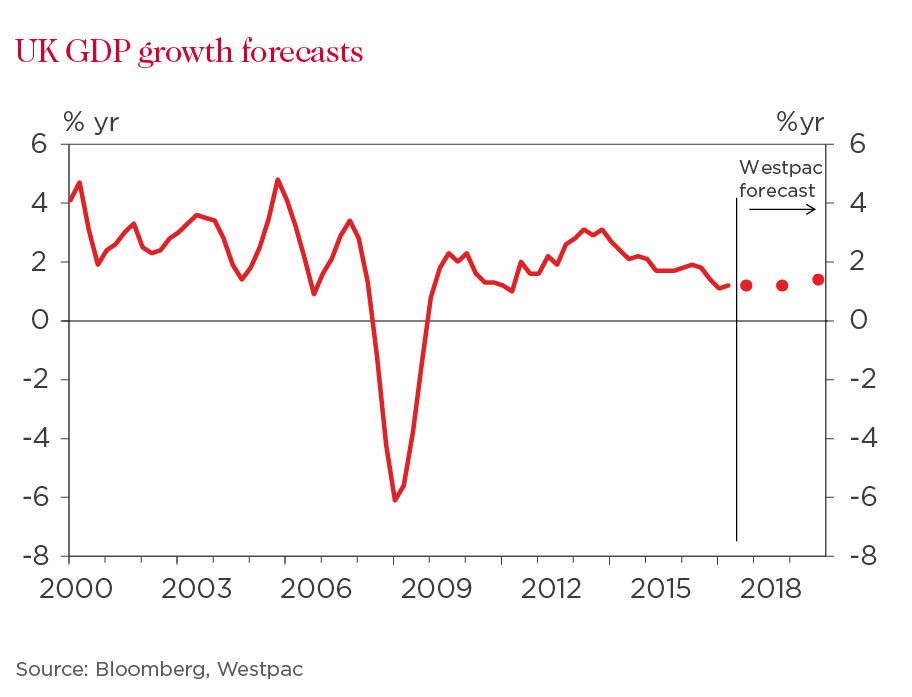 May seems to have little option but to drop her so called Chequers Plan for post withdrawal arrangements, a “middle ground” Brexit which appears unviable given UK politics and the EU’s unacceptance of it. She’ll likely focus her efforts on establishing a withdrawal agreement with some form of backstop/safety net that allows for a solution of the Irish Border involving an extension of remaining within the customs union whilst a future arrangement is worked out.

The EU realise that a “cliff-edge/no-deal” Brexit would be detrimental to all and so there is likely to be a push to enable some form of agreement on withdrawal involving an extended period of transition.

For May and the UK, the biggest near term difficulty will be avoiding a leadership challenge or a slide into elections through a no-confidence vote.

This uncertainty and frustration is taking its toll on markets and business.

While the UK has been putting in place guidance and preparation across its ministries and other official bodies, such as The Bank of England, in case of a “no-deal Brexit”, the next two months will involve intense negotiations and many possibilities: a “blind Brexit”? “No deal” agreement? Or UK government collapse?

Whatever the outcome, investment, expansion and employment intensions are being pushed back.

In the near term, expect ongoing disappointment in the UK’s inability to progress and deliver any form of coherent Brexit policy to weigh on markets, putting downward pressure on the pound, equities and bond yields.

More than two years since the historic June 23, 2016 vote to leave the European Union, politics is proving pivotal for markets – and the UK and Europe are far from alone as many other developed nations confront similar headwinds.

Based in London, Tim has over 25 years of experience in FICC markets and has worked across all time zones on both the buy and sell sides of the investment industry. Prior to returning to UK in 2015, Tim worked in Asia, providing a global context to regional markets’ strategy. Tim holds a BSc in Economics from Bristol University and is a member of The Society of Technical Analysts (MSTA).