‘It was very hairy’: Inside GFC’s darkest days

It was a tense, minute-by-minute situation.

Back in 2008, Phil Coffey was awaiting word on a trade Westpac’s dealers had underway with a large offshore bank, a not unusual settlement transaction. But times were far from normal as the worst financial crisis since the great depression in the 1930s was taking hold.

Coffey, Westpac’s then chief financial officer, was at the centre of the bank’s response after in early 2008 forming “Helix”, an internal group that met to assess the unfolding problems in markets and what crises may be lurking around the corner.

Adding to the tension, Westpac throughout 2008 was also working through a multi-billion dollar merger with St.George, one of the nation’s biggest ever deals occurring amid what then-Federal Reserve chairman Ben Bernanke in October labelled a “problem of historic dimensions”.

Coffey recalls rolling from one extreme event to the next from mid-2007, when wholesale funding markets began tightening and the US sub-prime mortgage market went from bad to worse. 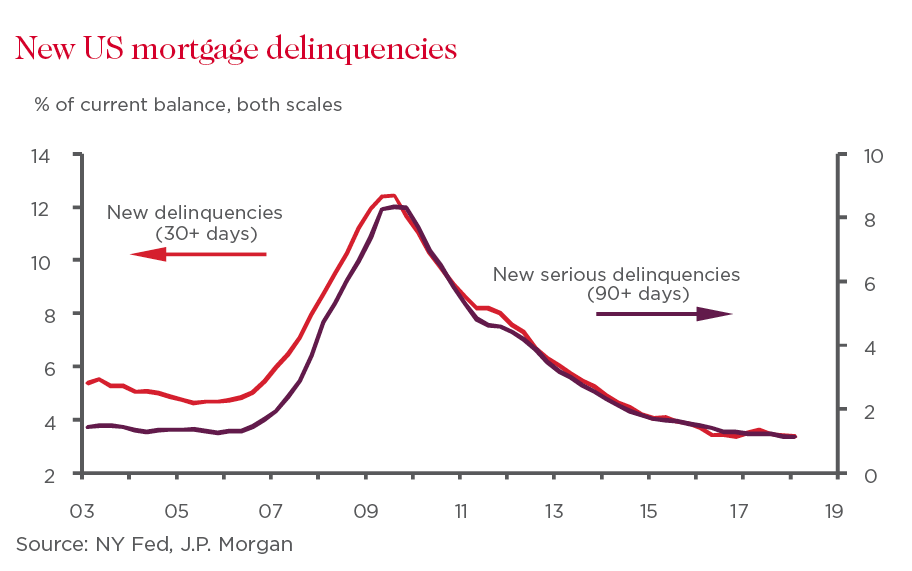 Even prior to the dramatic collapse of US investment bank Lehman Brothers – which occurred 10 years ago on Saturday -- US funding markets had been strained for some time, resulting in fierce debate around settlement risks with major US and European banks, including one that stands out.

“They were sober discussions…but we said, ‘look the central banks in those countries will ensure those banks do make their payments’ and in hindsight we were right, but that was one of the big discussions we had at Helix that I recall, particularly around one big US money centre bank,” Coffey recalls.

“We had a very big settlement one day in the months prior to Lehman and we had to sort of monitor it by the minute to make sure the funds were there. If they hadn’t turned up, it was going to be pretty scary.”

Months later in October, the magnitude of the deterioration in markets was brought home to Westpac treasurer Curt Zuber when a senior US banker casually asked during a meeting in Washington DC if Westpac had any interest acquiring a large US bank.

“I kind of chuckled and said ‘we’ve got a bit on our plate’,” he recalls. “But that’s when it kind of lit up that things were pretty dire if mergers were being shopped around with banks on the other side of the world.”

A decade since Lehman’s bankruptcy and government rescue of insurance giant AIG soon after, the scars of the GFC remain.

In many nations, government debt positions have ballooned, wages growth is weak, and consumers wary. For markets, an indication of the dramatic changes was laid bare in recent JPMorgan research that found “quantitative easing” by central banks post the GFC had boosted total tradable global bonds to $US57 trillion, from $US27 trillion pre-crisis.

While Australia’s central bank hasn’t used such tools after the economy weathered the GFC relatively well, the official cash rate sits at a record low 1.5 per cent after being mostly lowered since 2008. The minutes to the RBA’s October 2008 board meeting where it cut the cash rate 100 basis points – the biggest reduction since the early 1990s recession – revealed concerns about how market turmoil following Lehman’s demise “had markedly undermined trust among counterparties”.

Coffey, who retired from Westpac last year after three years as deputy CEO and eight as CFO, says confidence globally had been crushed by the amount of uncertainty swirling around.

“Curt was front and centre of it as we considered how we were going to roll over these US dollar maturities when we had no US dollar money market,” Coffey recalls.

“That was probably the scariest thing and it was really only when the Fed started to help out and provide a US dollar swap facility for the Reserve Bank and other central banks that we were able to get through that period, because the whole markets would have been in default if they hadn’t done that and I don’t know how we would have got out of that.” 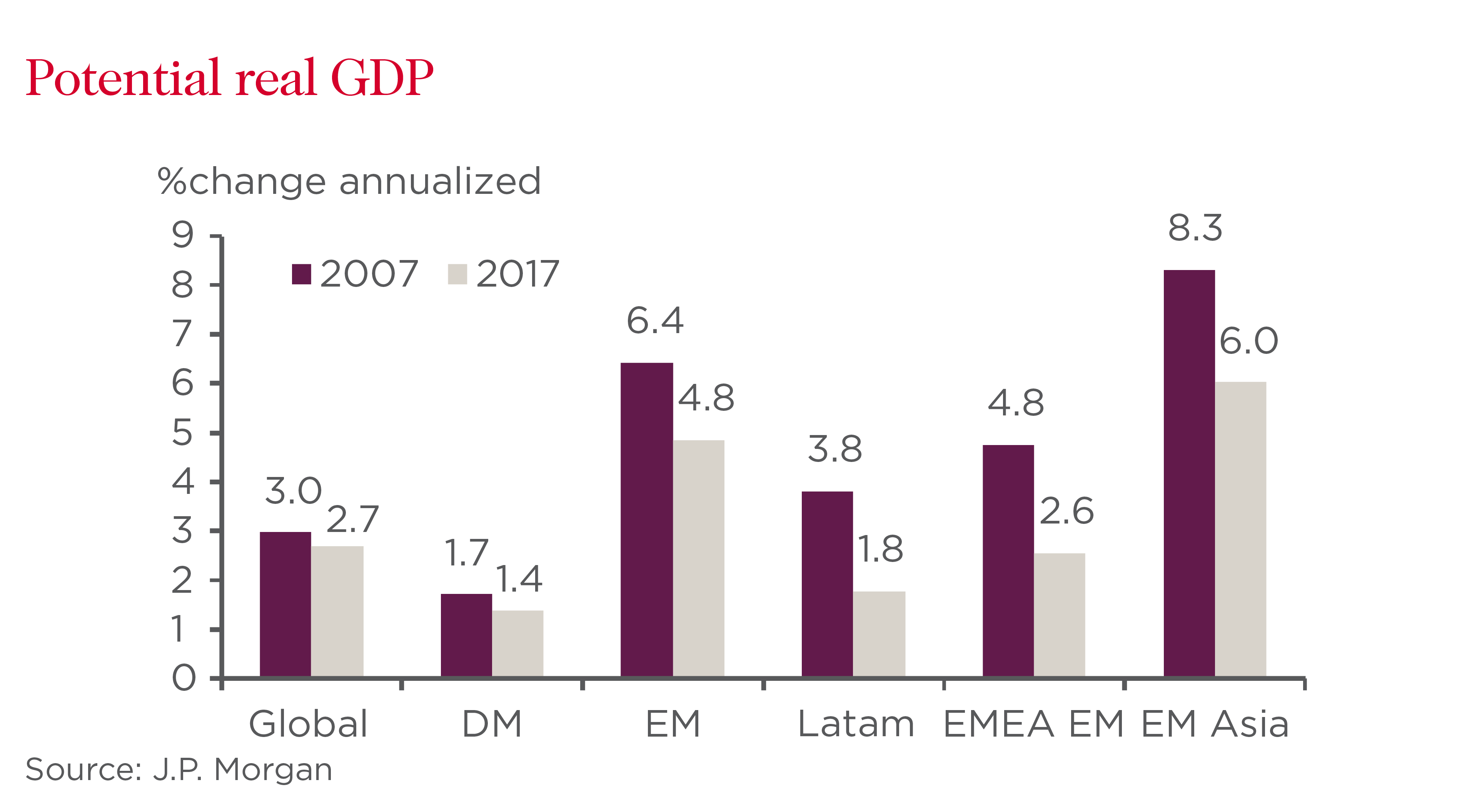 Zuber, who was in daily discussions with the RBA’s assistant governor (Financial Markets) Guy Debelle, says the slump in investor appetite to roll over bank facilities – which typically matured every 12 months – was compounded by the need to fund the St.George deal, as all banks were lumped into the same boat regardless of Australia’s relatively strong financial system and economy.

“At the coalface it was pretty hard and dicey,” he says of events in 2007-08, adding he was “probably more worried than most” as banks across the US, UK and Europe – including Bear Stearns, Merrill Lynch and Royal Bank of Scotland – were one by one being crunched by the lack of liquidity and too much leverage.

Looking back, Zuber backs the response from central banks and regulators in those chaotic months, noting the RBA took a pragmatic approach to maintaining liquidity in the domestic market and didn’t penalise banks, in contrast to other nations where the risk of moral hazard factored into decisions around responses to the crisis.

A key move by the RBA was providing broad access to “repo” facilities, whereby banks pledged an array of high quality assets, in many cases AAA-rated securities backed by banks’ own mortgages, as security in return for cash for 12 months.

In an interview on the weekend with The Australian Financial Review, RBA Governor at the time, Glenn Stevens, said that once Lehman was allowed to fail it was clear “we were in a new ballpark” and the role of the central bank was to “liquefy the system”.

Coffey, who recently joined the Macquarie Group board that Stevens also sits on, agrees and adds that it was a time for officials to do more – not less.

He says it was impossible to predict that the mining boom would quickly restart as China’s economy regained momentum, which along with government stimulus and RBA rate cuts resulted in the local economy averting recession and picking up, “opposed to the deep surgical bashing much of the rest of the world got”. 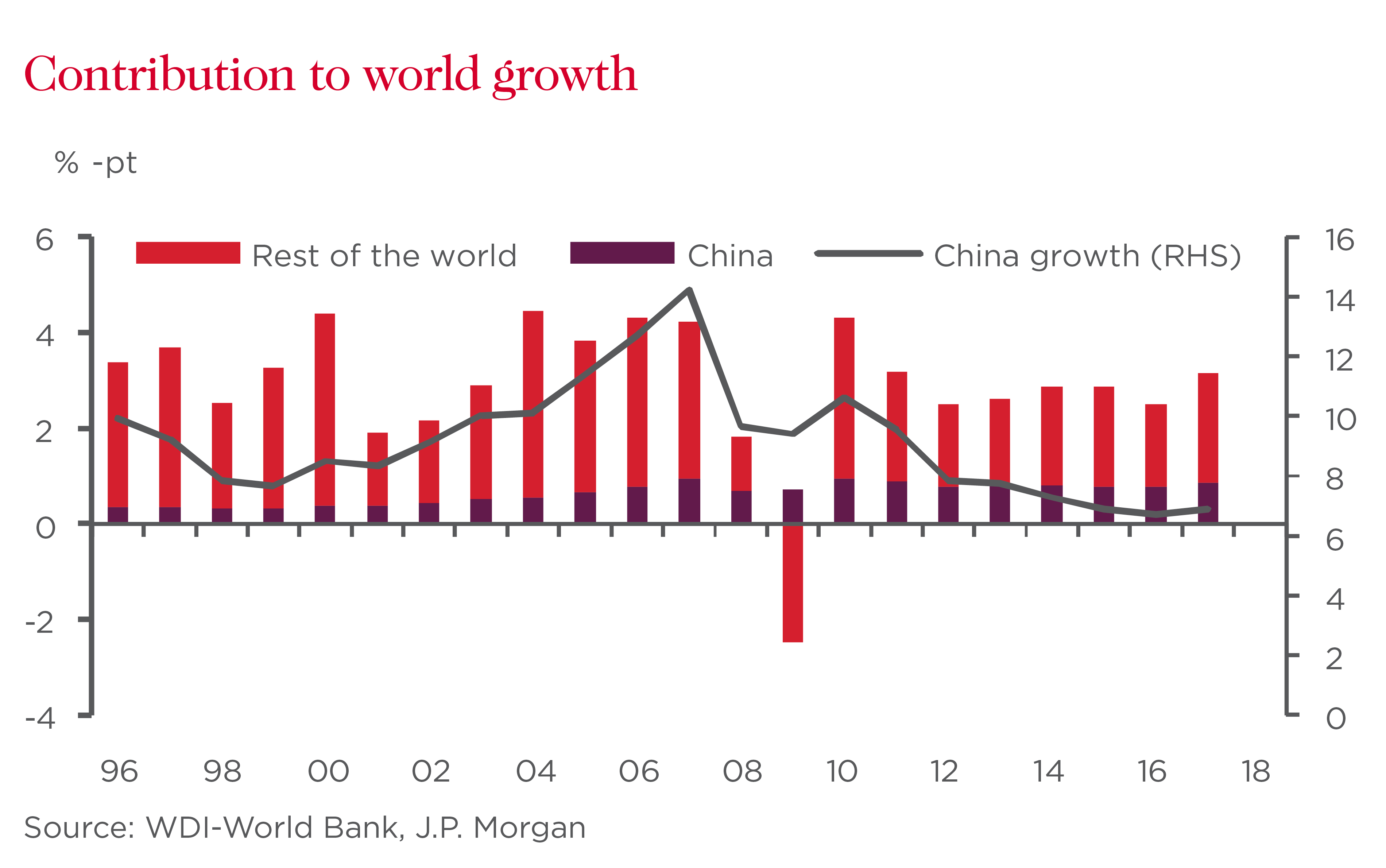 Zuber adds: “I think our central bank was thinking…‘right now we just have to ensure the system stays whole’. So they were quite commercial – we didn’t get a free kick, but we didn’t pay a penalty to get funding through the Reserve Bank and they were quite innovative in finding ways for security to be pledged to them.”

Within weeks, the government in early October moved to further calm nerves by guaranteeing bank deposits and wholesale funding – for a fee – which Coffey says was notable given other nations had already done so and raising debt was thus difficult “regardless of how strong you were”.

But Coffey also credits his team and employees “closest to the furnace”, citing Zuber, traders in the dealing room and head of investor relations Andrew Bowden, along with current CFO Peter King and former senior executives Phil Chronican and Rob Whitfield, who played a key role in the St.George merger.

Others came in and out of the Helix group, including CEO Gail Kelly, director Carolyn Hewson and then-chairman Ted Evans.

“We were really busy and there’s no doubt the system was vulnerable and there’s times when we thought this is looking very hairy…but I never really kind of thought the world or Westpac was going to end,” Coffey says. “I always felt like we were such a strong entity that we would one way or another come out of it OK and we did.”

A key focus for Helix – named when Zuber and others realised it might be more appropriate than referring to "crisis management" meetings – was the bank’s funding position.

At the time, Australian banks sourced more than half of their funding from wholesale markets, the bulk of the rest coming from deposits.

While deposits were increasingly flowing into the major banks as customers’ concerns about other institutions grew, the reliance on global funding markets left Westpac exposed to ructions globally, an issue made more complex by St.George’s relatively greater reliance on short-term wholesale funding.

“The challenge of how we actually funded the bank in the 12 months after Lehmans was  constantly stressful as we worked to convince investors of the strength of the Australian system, but also as we were integrating St.George and looking to reshape the group’s (funding) profile,” Zuber says.

“We probably felt the heat in that 12 months as much as anyone.”

On the other side of the balance sheet, Coffey says Westpac and St.George benefited from “relatively clean” loan books, which for the former had been a “conscious” decision during the booming decade prior to the GFC when many banks globally took on complex offshore securities.

He claims former CEO David Morgan – who handed the reins to Kelly in early 2008 – was critical in steering the bank towards being more conservative after going through the early 1990s recession that left Westpac on its knees.

He also recalls Kelly reading an email at a results presentation from the bank’s then-head of credit in the US David Malcolm arguing against taking exposure to some securities backed by student loans. “He basically said ‘what do we know about these underlying credits. It doesn’t matter what rating you get from the ratings agencies, we don’t understand the underlying risks’,” Coffey says.

With a decade having passed and US sharemarkets trading around record highs, investors are turning their minds to today’s risks and what the next crisis may look like.

In a 168-page report from its array of analysts, JPMorgan this month warned of a potential “great liquidity crisis” as central banks wind back bond buying programs, more cash is funnelled into passive investment strategies and regulation reduces the role of banks in some markets.

They also flagged that the next downturn may strike when central banks have less ammunition to cut official interest rates or increase their balance sheets. 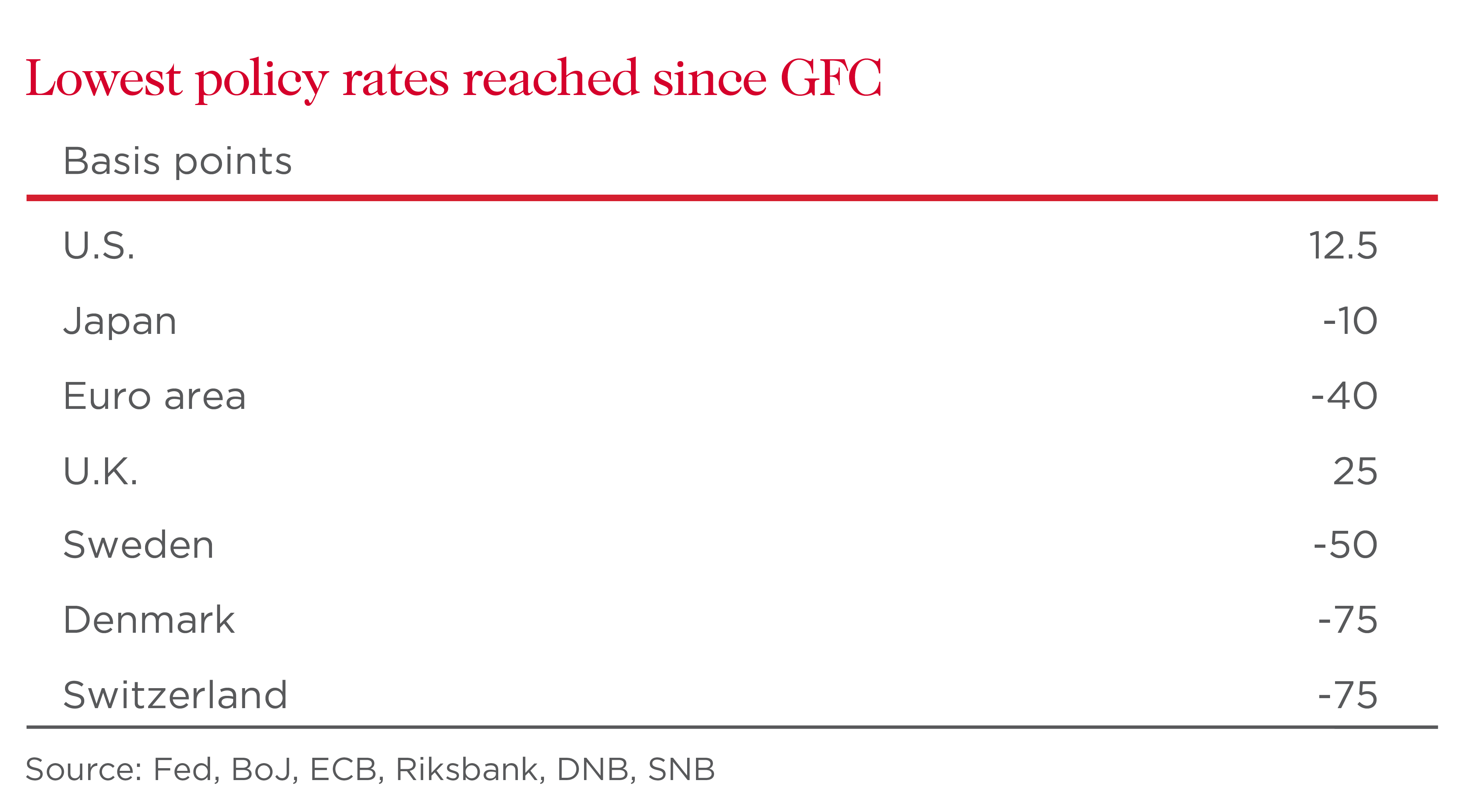 Coffey is openly unsure when asked what the trigger may be or when the next crisis may hit. He notes the increase in credit growth from unregulated entities, high debt levels and winding back of central bank stimulus programs.

“The imbalances are in different parts than a decade ago…but they still exist and that’s probably where the vulnerability will come. The question will be whether it’s as easy to control and offset as it was the last time.”

Zuber says the decline in interconnectedness of the global financial system and stronger banks means the “level of contagion won’t be the same” as during the GFC, noting the significant efforts by banks to build capital, lengthen and diversify funding, and increase liquidity. Further, the reforms and new regulation introduced after the GFC limit banks’ ability in many aspects to go back to their “old ways”.

“There’s plenty of reasons to be cautious at the moment, but the reforms made over last 10 years mean that the likelihood of the next crisis spreading like wildfire is a far more remote possibility,” he says.

Michael Bennet is Editor of Westpac Wire. He joined Westpac in 2017 after more than 12 years in journalism, most recently at The Australian as the national newspaper’s banking reporter based in Sydney. Michael has worked at various News Corp publications and other media companies covering industries including financial services, resources, industrials, markets and economics. He is originally from Perth, Western Australia, where he also wrote across magazines covering the arts with a focus on music.

The day we turned internet banking on – 25 years ago #technology

The day we turned internet banking on – 25 years ago

McFarlane moves to ‘draw line’ under recent past #banking

McFarlane moves to ‘draw line’ under recent past

‘Good start, but more to do on trust rebuild’ #banking

‘Good start, but more to do on trust rebuild’