In the middle of Sydney just off bustling George Street, customers queue out the door of a humble cake shop.

Such has been the demand during the Japanese store’s first year of operation, dessert lovers lining the pavement at Uncle Tetsu's Japanese Cheesecake shop seeking a $19.50 box of tarts have regularly gone home empty handed.

A few hundred metres away, a Topshop store is facing a far more uncertain future after the franchise group in May joined a string of high profile apparel retailers to fall into administration amid weaker consumer spending. OrotonGroup, a handbag retailer that was until recently promoted by actress Rose Byrne, is also mulling options for the future, including a sale, after a difficult period.

Despite Uncle Tetsu's different business model to fashion retailers, their opposing fortunes partly coincide with changing spending habits and economic trends including shoppers shunning frequent buying of pricier items. “They're not cheap but it's a nice little splurge every now and then,” says a reviewer of Uncle Tetsu’s on website Zomato.

Ahead of Amazon’s entrance to Australia, consumers’ tight lid on their wallets amid record low wage growth and rising power bills resulted in JPMorgan forecasting real consumption growth of 2.1 per cent over the remainder of 2017-18, “the weakest outside recessions for the last 30 years” and down from the average 2.7 per cent average from 2014-16. While services providers – which are making up a bigger share of people’s consumption – would fare OK, the retail sector will likely feel the bulk of the spending strike, JPMorgan warned.

The pain has already been pronounced.

Alongside Topshop, other retailers to recently fall over include David Lawrence, Marcs, Rhodes and Beckett, Herringbone, Payless shoes, Howards Storage and Pumpkin Patch, Victorian Station, Kate Hill and Kit & Ace. In the US where tech-led competition is more pronounced, True Religion this month became the latest retailer to file for bankruptcy – adding to the around 3500 store closures to have been announced in the six months to June, also weighing on mall operators, according to UBS research. In Australia, the toll was around 300 store closures in the same period.

Westpac senior economist Matthew Hassan says while Australian retailers historically “failed fast” under sustained losses, the “wipeout” of mid-level fashion brands reflects a structural shift rather than pure cyclical challenges. He labels as “complicated” the mood of consumers. Sentiment in recent months picked up amongst renters and 18-34 year olds, particularly in NSW and Victoria, while rising interest rates were however impacting mortgage holders. Technological advances and the rise of digital platforms such as Uber and Airbnb was also challenging many industries, and changing work and spending habits.

“The consumer is not relaxed and businesses are struggling to relate.”

Glenn Carmody, EY’s consumer and industrial products leader for Oceania, says Australian retailers needed to reverse the pattern of underinvesting in prior decades when profitability was relatively strong, and better leverage data to boost sales.

He cites how retailers in other countries such as Germany and the US were offering interactive change rooms allowing customers to have more clothes delivered and interactive mirrors where shoppers can see a dress or t-shirt in various colours. Cosmetic companies had technology that showed shoppers what a particular shade of lipstick will look like without putting it on. Other tactics include using data of previous purchases of business shirts to offer related products at sharper prices while mall operators were using technology dubbed the “internet of things” – where everything is online – to alert shoppers of deals when they entered the centre of products they may want.

“The retailers that are doing well and will continue to are those that are providing a good experience for their customer and that’s not just about in-store, it’s also things like making sure your website works well, is easy to use,” he says.

“Australian retailers by and large have underinvested in things like IT and data, and also supply chains in the past, so they are now battling to catch up on those things. For example, it’s really hard to get quick delivery in Australia from any retailer if you shop online with them.

“It’s not just Amazon but a lot of websites you buy off globally now…a lot of them are preparing for Amazon to set up on the ground here, but I’m not sure they are really ready for what’s coming.”

After Amazon recently confirmed the launch of its full retail offering in Australia, tech entrepreneur George Freney predicted Australian consumers would “quickly flock” to the loss-making US technology giant, which doesn’t pay dividends and reinvests all free cash flow. He claimed Australia was the perfect hunting ground for Amazon due to consumers’ quick adoption of technology, rising expectations and underinvestment by incumbent retailers and shopping centres. Investors smelt blood in the US with hedge funds “shorting” American malls in the belief there will be juicy opportunities to profit as fewer people spend their cash at physical shops, according to a Bloomberg report in March.

“They must quickly create a consumer experience that differentiates against Amazon and delights their customers. Using technology to create an incredible physical retail experience that leverages their locations and employees is critical to a successful response,” Mr Freney, the co-founder of retail tech company booodl, wrote in an article published on LinkedIn in April.

Related to the looming entry of Amazon is the rising influence of “millennials”, consumers aged 16-36 who already make up 29 per cent of the population and were “drastically changing the income and spending trends of Australia”, according to a recent report by analysts at Macquarie. UBS’s research claimed that in the UK, 18-34 year olds have the highest proportion of spend online and also the highest take up of Amazon “Prime”, a $99 per year subscription that offers free two-day shipping and streaming services.

“By 2030, Millennials will earn two out of every three dollars of income generated within Australia with their spending power set to rise more than one half trillion dollars (from $228bn to $853bn). This not only represents a titanic rise of importance, but with an accompanying shift in the composition of spending,” Macquarie’s analysts told clients.

“Millennials stand in stores, comparing prices and reviews on their smartphones; friends weigh in on their decisions via social media; and when they are ready to buy, they expect direct delivery, preferably on the same day.”

For incumbent retailers to thrive, Macquarie agreed that they must follow “global best practices” to offer superior online offerings and delivery. Citi analyst Sam Teeger added that “click and collect” was a key initiative brick and mortar retailers could leverage to differentiate themselves against online only competitors by driving more foot traffic into physical stores, leading to additional sales. But he added retailers must “right size” their store footprints because eCommerce sales can cannibalise store sales, as has occurred in the US. Citi estimates Amazon could grow sales to $4 billion in Australia over the “medium term”, equivalent to 15 per cent of online retail spending.

In apparel retailing, Myer and rival David Jones have been battling increased competition from foreign retailers for years, including Zara, H&M and Uniqlo, which grew combined sales 49 per cent to $684m in financial year 2016 as they rolled out new stores, according to accounts filed with the corporate regulator. The foreign entrants reported flat or falling sales per store and margin pressure, indicating increased use of discounting to lure consumers. With Amazon looming, Myer’s shares fell 40 per cent in the first six months of the year. Investors have also punished the likes of Harvey Norman.

All is not lost, however.

Listed retailers including Premier Investments – whose stable includes Smiggle and Peter Alexander – Baby Bunting and Nick Scali have been expanding sales and profits. Experts add that Amazon may face challenges replicating its successes in other countries in Australia due to differences such as the vast geography.

With just north of $26bn of retail sales in May, official data has also beaten expectations for the past two months and lifted annual growth to 3.8 per cent, the strongest pace in about a year. Recent gains were driven by a lift in fresh fruit and vegetable prices after prior weather disruptions, household goods – such as furniture and electrical – and eating out. In contrast to some more bearish peers, Westpac’s economists are a little more upbeat on consumption across the economy, forecasting growth of 2.8 per cent this financial year amid better signs of life in recent months.

Hassan says consumers appear more prepared to spend on occasional “small ticket” discretionary items but reluctant to make “bigger purchases”. Spending on experiences and food, rather than goods, has been stronger in recent years with cafes, restaurants and takeaway food services – for example – not suffering a negative quarter of seasonally adjusted sales since December 2012, according to the Australian Bureau of Statistics. In contrast, department stores have endured nine quarters of sales contraction.

Hassan says the many difficulties facing retailers have led to a steady erosion of their brand value and that it was too early to tell if the recent uptick in retail conditions and “fairly promising” trends in the non-food space took hold.

However, Hassan says while “disruption” of incumbent retailers is often viewed negatively in terms of the demise of iconic brands and job losses, there are also benefits to consumers and the economy. He cites the entry of discount German supermarket ALDI is a good example, which has been a net benefit to the economy by providing consumers with better value for money and creating new jobs to help offset those ones displaced. He adds Amazon also provides a marketplace for local retailers and “e-tailers” to operate in.

“There’s a tendency to see the fortunes of consumers, the consumer/retail sector and the big incumbent retailers as one and the same but this is patently not true,” he notes.

Retailers are far from alone in battling disruption from new players and other sectors are faring better. The Westpac-Melbourne Institute SME Index – which examines the health of small and medium sized enterprises – in June reported that confidence softened only slightly since the start of the year and was 17 per cent firmer compared to a year ago, mainly due to a positive outlook about future conditions. Agriculture, forestry and fishing, and professional services were most upbeat.

The adjustments flowing through the economy are being borne out in banks’ lending books with Westpac's business banking arm experiencing stronger lending to services and agribusiness companies in the past two years compared to property-related loans.

However, weaker household spending is being closely watched by businesses, investors and regulators with Westpac chief economist Bill Evans citing the “ongoing negative feedback loop” from weak wages growth to consumption and sales. The Reserve Bank has also expressed concerns about the flow on hit to consumer spending should the housing market slump amid record high household debt levels and already “subdued” consumption.

“Prospects for 2018 look discouraging,” Mr Evans wrote in May. “Housing construction is likely to be contracting through 2018 while export growth will slow and the terms of trade are likely to be falling, slowing nominal income growth. Prospects for an offsetting boost from household spending and business investment are not encouraging.”

Michael Bennet is Editor of Westpac Wire. He joined Westpac in 2017 after more than 12 years in journalism, most recently at The Australian as the national newspaper’s banking reporter based in Sydney. Michael has worked at various News Corp publications and other media companies covering industries including financial services, resources, industrials, markets and economics. He is originally from Perth, Western Australia, where he also wrote across magazines covering the arts with a focus on music. 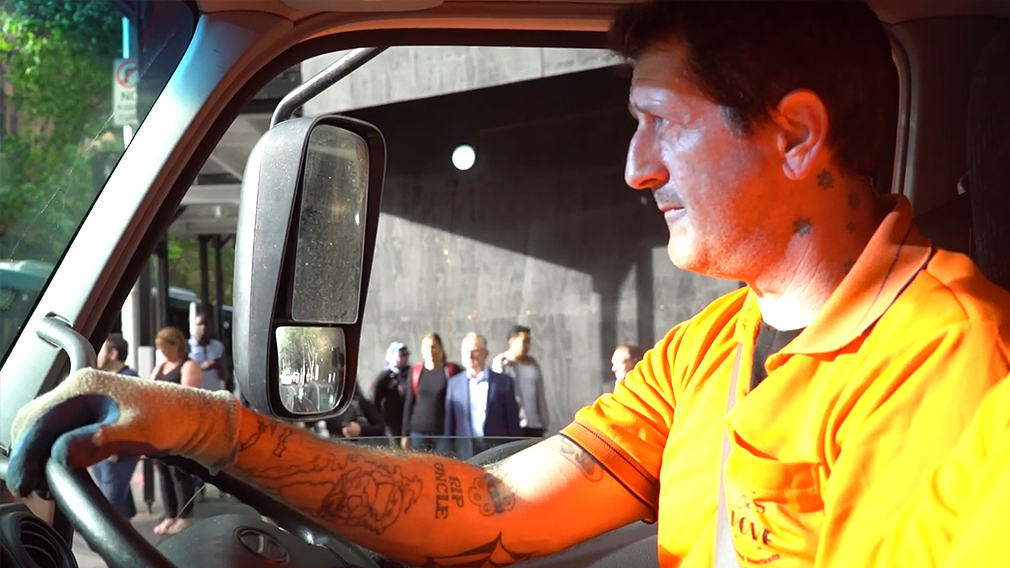 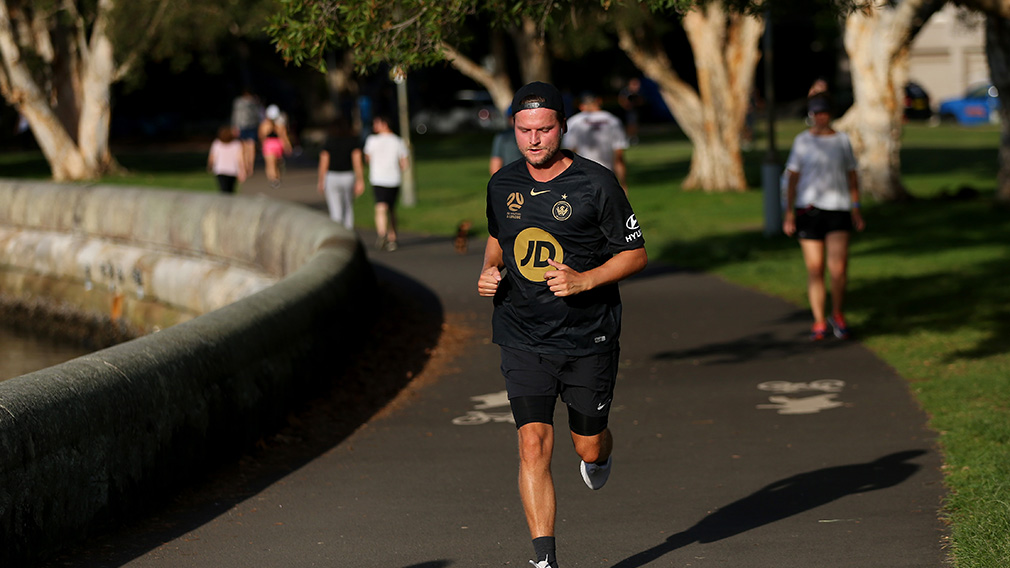 Have consumer habits changed for good?

How ‘JobKeeper’ works and economic impacts