There’s a lot of stimulus heading for households in the next 12 months.

The Reserve Bank has cut the cash rate twice in recent months – we expect two more by February – and the government has passed its multi-year personal income tax agenda through parliament.

As millions of Australians file and prepare their tax returns, a lot of attention has shifted to what this all means for household cashflows and how they’ll respond.

Firstly, the Federal government’s “Personal Income Tax Plan” – a program to deliver $47bn in tax relief over the next four years – includes $7.7bn of relief in the current 2019-20 financial year via a Low-and-Middle-Income Tax Offset (LMITO). For those earning $48,000-$90,000 a year, they can expect a $1080 refund after filing tax returns. People earning less than that and between $90,000-$126,000 will receive less in varying amounts via partial offsets.

In total, Australian Taxation Office data indicates around 74 per cent of taxpayers will receive the offset, with 44 per cent collecting more than $500 and 30 per cent the full $1080.

The average payout across all taxpayers is likely to be around $550, with South Australians set for the biggest relief and West Australians the least. 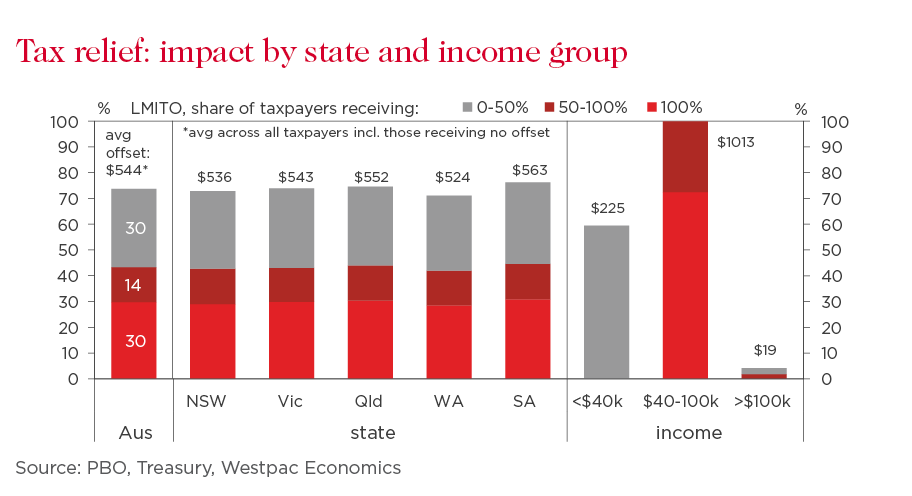 If we add in the impact of the RBA’s two recent rate cuts and the prospect of one more in October and a final move in February, our estimates suggest households are looking at a total boost to annual disposable income of around 1.2 per cent. Tax relief makes up the bulk at 0.7 per cent, with a further 0.5 per cent from the RBA’s cuts (including lower interest payments on debt offset by a drag from reduced interest income on deposits).

But the big question for the economy of course is how much of this boost will be spent or saved?

Here, the targeting of stimulus is relevant.

Low and middle households are set to receive a bigger boost to disposable income than the average – roughly double for the key middle income group. And research on the government’s previous consumer-targeted measures (such as the cash payments to taxpayers in the global financial crisis) suggests budget constrained households have a higher “marginal propensity to consume”.

Of course, this will likely be offset by other households who choose to put the cash towards paying down debt or savings.

That is likely to be a significant factor neutralising the overall boost to spending. Households have tended to rundown savings in recent years but balance sheet pressures already look likely to trigger a reversal. Falling house prices have wiped about $370bn off the value of household dwelling assets since 2017, worth about half a year’s disposable income.

That sort of turnaround has generated significant shifts in savings behaviour in the past and there are already signs that so-called wealth effects are starting to affect household spending patterns – with notable cuts in spending on “big ticket” items such as new cars, household durables and “small renovations”. 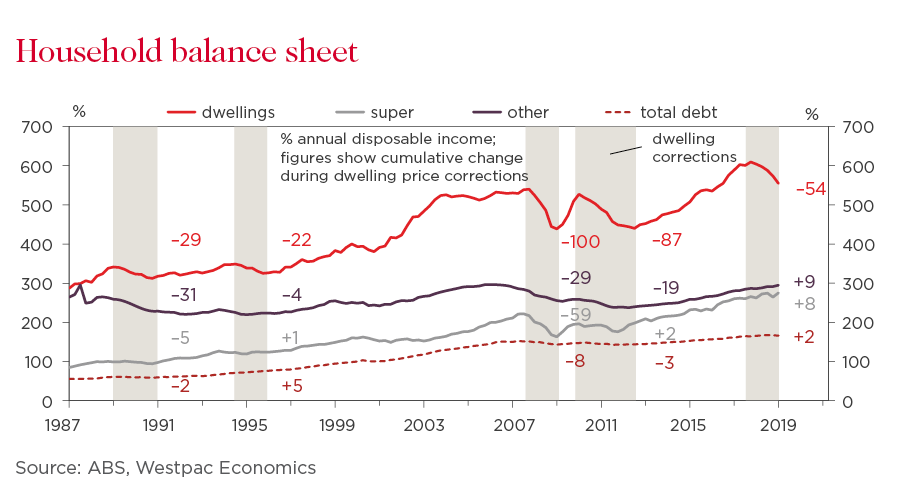 Looking further ahead, improving housing market conditions should limit the extent of related drags on spending. Our data shows a surge in housing sentiment through June-July to a four-year high following the Federal election result, rate cuts and the banking regulator’s adjustments to lenders’ loan serviceability assessments.

Prices are also showing clearer signs of stabilising. If new listings rise and housing turnover picks up, some further improvement looks likely and the market may be close to the bottom.

Overall, history suggests the combined boost to annual consumption from rate cuts and tax relief should be in the 0.5-0.7 per cent range. What does that actually mean? Given our expectations that total private consumption will grow 1.7 per cent this calendar year and 2.3 per cent in 2020, the household stimulus will provide some welcome relief and support to the economy.

However, the cash flow boost alone is not enough to get growth in the wider economy humming again. 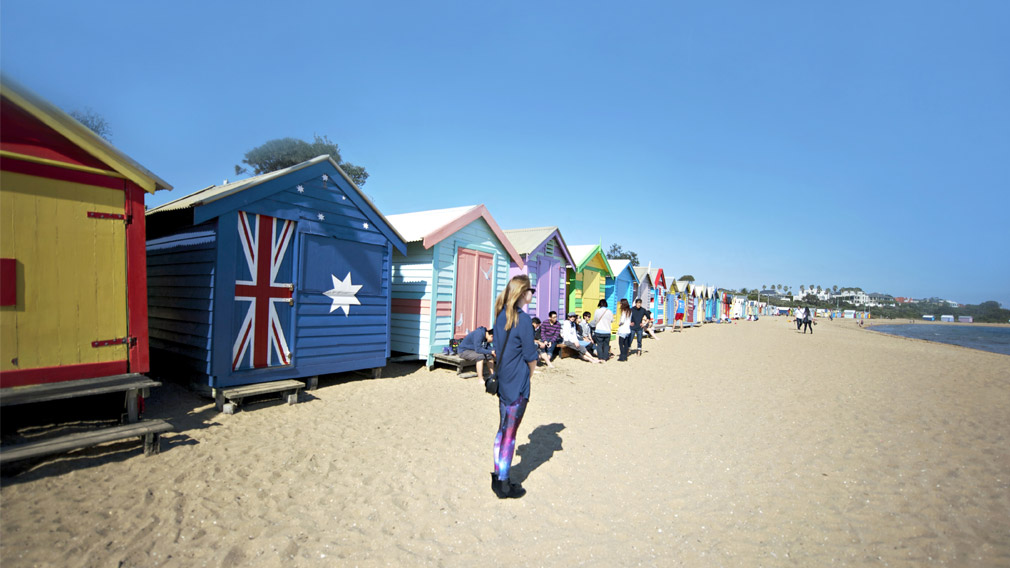 Tax relief and how our rates stack up #tax

Tax relief and how our rates stack up