‘Bank of mum and dad’ a risk or reality?

Like many parents, John Hogg confronted a range of emotions when deciding whether to help his children get into the property market.

“I was brought up thinking buying was better than renting and I thought they were better off getting their own places and paying off a mortgage rather than paying rent,” says Hogg, a retired chartered accountant who lives in Perth’s West Leederville.

A few years ago, he helped his daughter Peta-Jane buy a unit in Sydney with some money for the deposit and son Sam buy a starter house in Perth in the same way.

Hogg is one of an increasing number of parents helping their children buy a home, particularly in the hot Sydney and Melbourne markets. More than 55 per cent of first home buyers receive some form of financial support from their parents for their home purchase, according to analysis by Martin North at Digital Finance Analytics (DFA).

It is an astonishing rise from 2010, when just 3.3 per cent of first homebuyers received help – sometimes known as “the Bank of Mum and Dad” – and mirrors the sharp rise in home prices over that period. The latest DFA analysis shows that the number and value of loans made to First Time Buyers by the “Bank of Mum and Dad” has increased, to a total estimated at more than $20 billion. Other estimates from comparison site Mozo claim the dollar figure is even higher. 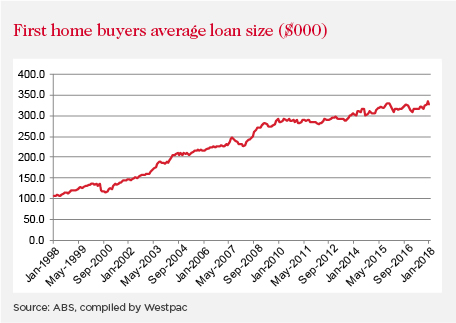 Hogg is confident his children, both in their 30s, have the financial maturity to manage the responsibility of mortgage repayments, because he has set a good example of hard work and careful money management. In fact, both have since upgraded to better properties.

“Both of my children have always worked and they’ve always shown responsibility with money and with that in mind I had no hesitation in helping them,” says Hogg. “Had they been otherwise – sitting around, spending money – then I wouldn’t have helped them.”

However, not all parents can be so confident.

In fact, some parents may be doing their children a disservice if they aren’t careful about how they provide the help for a first home.

Those children who receive financial help from their parents to buy a house are more than twice as likely to suffer mortgage stress five years after the purchase than those who received no help, according to DFA’s North.
“It’s a lack of discipline. A lot of people who have no ability to buy and hold a deposit are actually spending quite freely and they don’t tend to have a budget,” he says.

The financial help can be assistance with repayments, paying stamp duty or lenders mortgage insurance, or going guarantor for part of the loan with their own home or a term deposit. But the most common form of assistance is contributing part or all of the deposit.

Where children have received help, about two-thirds receive help with the deposit, although some children receive multiple types of help. Children receive an average $88,450, according to DFA, which collects data through regular surveys of 52,000 households.

The rise in parental assistance is due to three factors. In Sydney and Melbourne, where parental assistance is most likely, house prices have more or less doubled over the past decade. Further, wages growth has been stagnant and interest rates low, adding to the difficulty first home buyers have in accumulating large deposits. 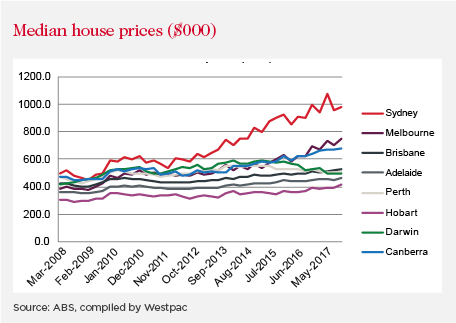 Thirdly, at the same time as the rapid rise of house prices has put a first home out of reach for many, it has also substantially boosted the wealth of those who already own property, putting parents in a strong position to help their children with accumulated equity.

But North says some parents could be putting their retirement lifestyle at risk if they are relying on unrealistic assumptions about house price growth and about whether their children will repay them. According to CoreLogic, national dwelling values declined 0.1 per cent in February, continuing the recent slide and marking the first time prices had fallen for five consecutive months since March 2016. 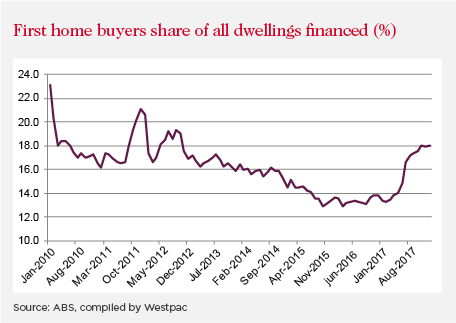 Suzanne Haddan, managing director of financial planning firm BFG Financial Services, says parents don’t have to hand over any cash immediately when the issue of help with a house comes up. They should ask for evidence that their children have done something to help themselves towards a house, and if not, come up with a savings plan with them.

“I would be very concerned if I had a child – aged 28, 29 – who might still be living at home, wants to buy a property, and can’t show me any savings for the journey. Doesn’t that kind of tell you something about their budgeting skills?” she says.

Ideally, they will have already taught their children some budgeting skills. Haddan suggests making adult children living at home pay board – potentially investing the money on their behalf – and asking to see a budget.

“If you haven’t introduced your kids to saving and investing and budgeting, you can’t really complain when you then give them money to buy a property and then you find your gift and the result in indebtedness has created financial stress for them because they’re not used to budgeting and allocating some of their money for living expenses such as rent,” she says.

Where her clients are satisfied that their children are sufficiently financially responsible to receive help and manage a mortgage, Haddan recommends they seek legal advice about their help, even if it is a gift. That way, if their child is in a relationship that ends, the money can be protected.

Haddan’s advice about helping children is in line with Westpac’s own lending practices. Before it will approve a mortgage for a first home buyer, the bank wants to see evidence that the potential borrower has been saving and hasn’t just been gifted the entire deposit, says Joel Larsen, the director of Westpac Home Ownership.

Saving enough of a deposit is the biggest barrier for most people to enter the housing market, given that managing a mortgage is relatively easier to manage compared to previous decades when interest rates were higher.

“Often, the children will hit a point where they’ve done as much as they can over the long-term and they need that little bit of a top-up from their parents to help them get into a property,” Larsen says.

The other way parents help their children is by providing a guarantee for part of the loan, which makes up 8 to 10 per cent of loans to first homebuyers.

A common misconception is that when parents go guarantor for their children’s home purchase, they are putting their own house on the line. Larsen notes that parents usually only put up part of the equity in their house and only guarantee part of their children’s loan. Even in the worst-case scenario where a mortgage was foreclosed, the parents would only be liable for their portion of the loan if the resulting home sale didn’t cover the mortgage debt.