New targets revealed today by Westpac showed the bank was “publicly putting down a stake” in support of global efforts to reduce emissions to net-zero by 2050, according to Westpac Institutional Bank chief executive Anthony Miller.

Speaking ahead of the bank’s market update today, Miller said the targets, which commit Westpac to reduce the emissions intensity of its lending portfolios, were made as part of joining the United Nations-convened Net-Zero Banking Alliance.

“Signing up to the NZBA represents our statement that we are committed to delivering on the net-zero outcome that society needs,” he said of the Alliance which requires signatory banks – to date representing about 40 per cent of global banking assets – to set intermediate targets for 2030 or sooner using science-based guidelines.

The targets, as detailed in a paper unveiled by Westpac (PDF 216KB), relate to four carbon intensive sectors financed by the bank – upstream oil and gas, thermal coal mining, power generation and cement production – and add to the bank’s goal to reach net-zero across its own operational footprint.

Westpac chief executive Peter King, who along with Miller today provided a broader progress update, said Westpac had a long history of action on climate change and was “already funding the transition to a cleaner future” with nearly 80 per cent of its power generation lending to renewables.

The move comes at a time the banking sector globally faces growing pressure to align lending with the world's climate goal to cap global warming at 1.5 degrees Celsius above pre-industrial levels. It also follows the UN Intergovernmental Panel on Climate Change’s alert in its latest assessment of global efforts in April that the world is on track to miss its target, noting the finance sector’s “critical” role in the transition.

In Westpac’s upstream oil and gas lending portfolio, Miller revealed the bank was targeting a 23 per cent reduction in its absolute financed emissions by 2030, relative to its 2021 exposure.  It would also continue to provide corporate lending only to customers with credible transition plans in place by 2025, and only consider directly financing “greenfield” projects that are in accordance with the International Energy Agency Net Zero by 2050 scenario or where necessary for national energy security.

“Oil and gas are at the epicentre of what we need to solve to reduce our use of fossil fuels. We do, however, see gas as having a really important role in the transition,” Miller said.

“We've followed the IEA guidelines, which is that there is no need for greenfield developments that were not committed to as of 18 May 2021, so that's our (starting) position,” he said.

“However, we think it's appropriate that as Australia's oldest bank and one of its largest banks, that if a project was viewed by government, by regulators, (as) necessary for energy security reasons then we will consider whether we would support that particular asset or opportunity.”

The bank also reaffirmed its commitment made two years ago to reduce lending to thermal coal mining to zero by 2030 and, in its industrials lending portfolio, its priority is to reduce emissions intensity among customers in cement production.

In its power generation lending portfolio, the bank plans to continue to lower emissions intensity and boost its renewable power financing, up from almost 80 per cent of the portfolio.

“Renewable power is the foundation of how (the economy) gets to net-zero by 2050. Our focus is therefore to finance and support all those renewable power initiatives,” Miller said.

“We see that there's also a lot of adjacent investment needed, in enhancing the grid to facilitate that renewable power, there's investment in services and parts, and partnerships that are needed to support the build out. It therefore represents an enormous economic opportunity for both the community and for Westpac.”

Beyond the targets unveiled today, Miller said Westpac would look to publish decarbonisation targets for other high emissions sectors. He added that the bank was now operationalising its targets and would release a transition plan within 12 months, and noted that the bank would be “held to account” on its progress by providing updates as part of regular reporting, and in line with its commitment to the Net-Zero Banking Alliance.

Miller acknowledged that not all interest groups would be satisfied with the new targets – some likely to view them as too aggressive, others not aggressive enough – but said the bank’s decisions lined up with industry guidelines and were set in consultation with clients in affected industries, using credible sources such as the International Energy Agency and CSIRO. He added that the bank had balanced the need to support a “just transition” and national energy security.

Miller said the growing alignment between the community, the private sector and, more recently, across all three layers of government on a shared commitment to achieving net-zero emissions by 2050, had given him greater confidence it could be achieved.

"What we have to undertake over the next 5, 10, 20 years is quite a profound change in the way we work, the way we operate, the way society effectively exists, because we need to transform how we do things such that we can do it in a way which is consistent with the net-zero outcome. I think we have the basis to achieve that,” he said. 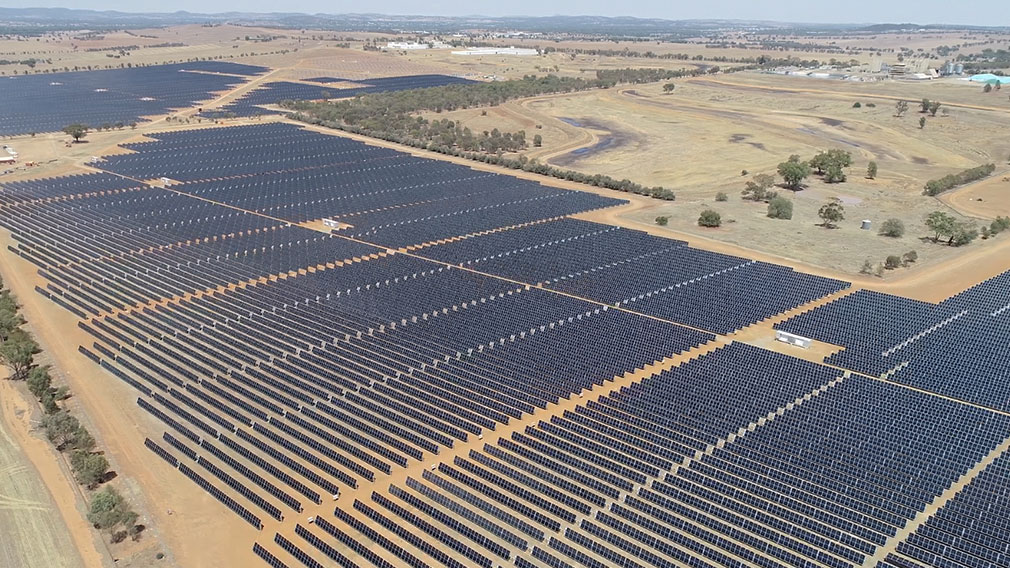