The 2 per cent fall in January’s Westpac-Melbourne Institute Index of Consumer Sentiment was a surprisingly solid result given the rapid spread of the omicron COVID variant during the month.

It compares to a 5.2 per cent drop in the first month of the Delta outbreak in NSW, a 6.1 per cent drop heading into Victoria’s ‘second wave’ outbreak in 2020 and the epic 17.7 per cent collapse when the pandemic first hit in early 2020. 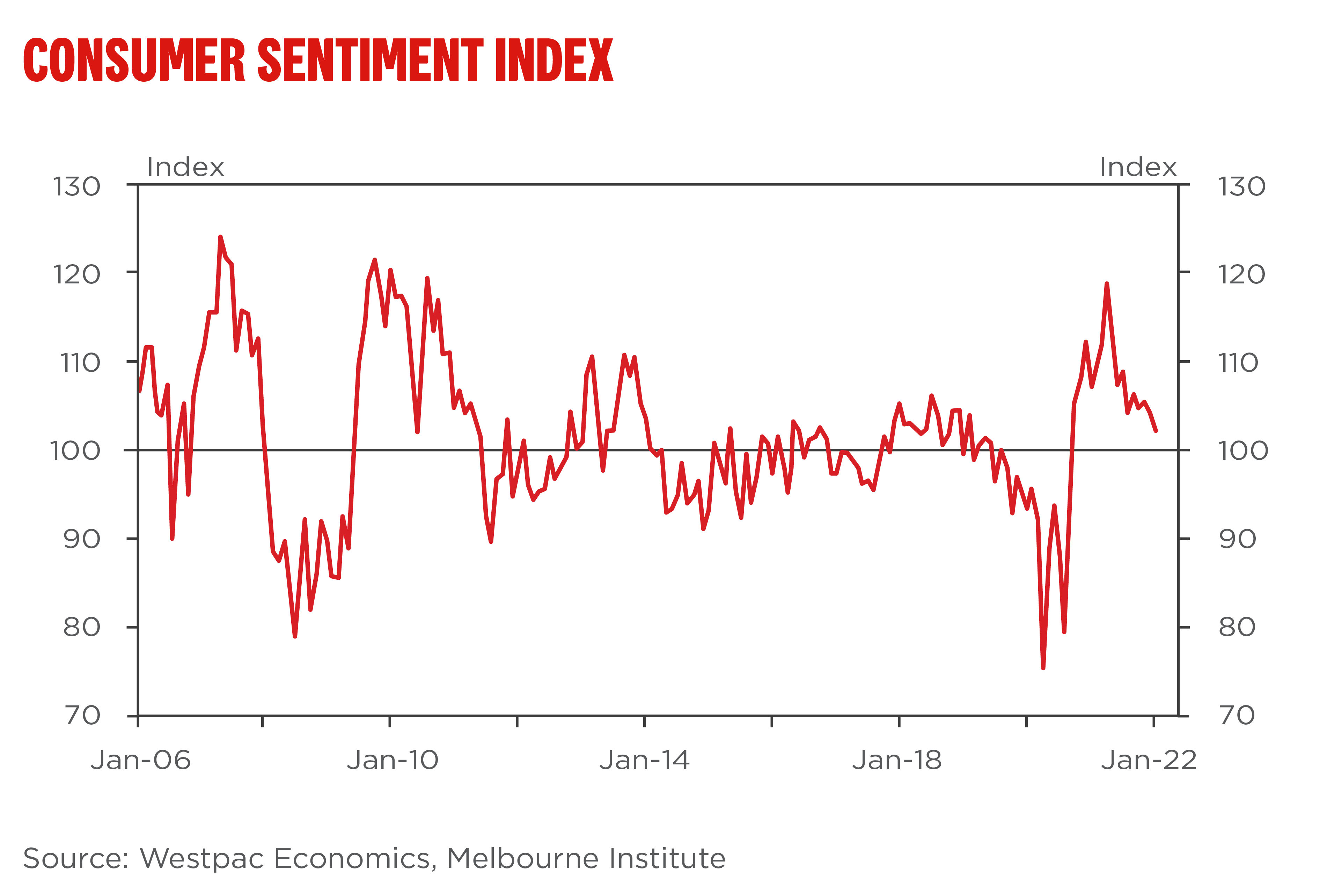 The state breakdown suggests consumers in states impacted by last year’s Delta lockdowns – NSW and Victoria – appear to have been less unsettled by the rapid spread of Omicron than those in states experiencing their first major wave of COVID infections.

Despite the overall resilience of the survey results – conducted from January 10 to January 14 – concerns appear to be on the rise around the outlook for both the economy and family finances.

At the same time, consumers reported a significant improvement in their finances relative to a year ago, lifting to a nine-month high, likely reflecting a combination of improving incomes as labour markets rebound, wealth gains from a resurgent housing market and the accumulation of significant savings during lockdowns over the last two years.

The latter, estimated to be worth around $250bn, will also be important when the Omicron threat eases, providing the basis for a strong rebound in spending.