BILL’S BITES: Property – then and now

In the wake of extensive media coverage, it won’t be lost on many people that house prices are falling under the weight of stretched affordability and tighter credit conditions.

The difference in this cycle is that RBA rate cuts are unlikely to occur again and lending policies appear to have changed structurally. 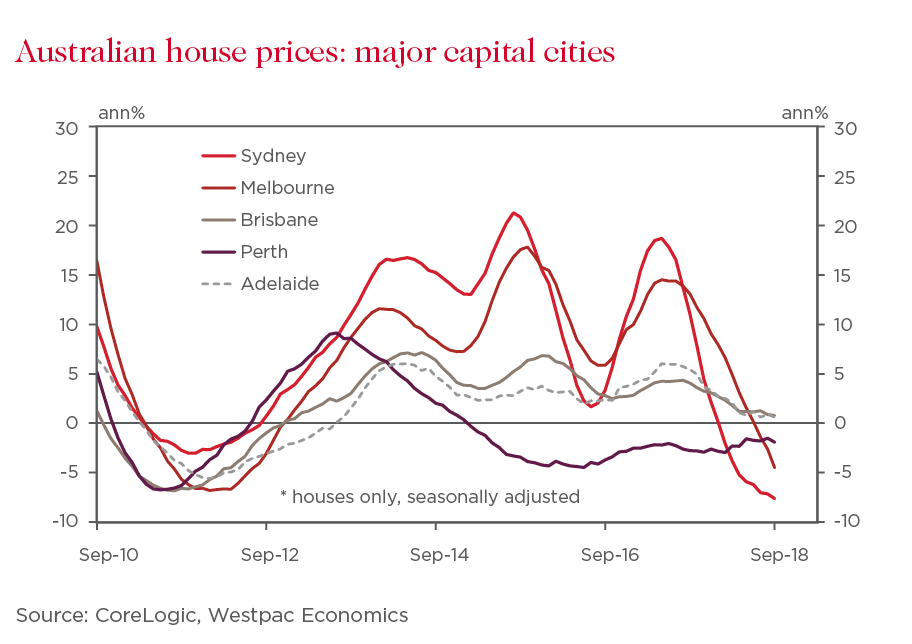 At a forum in Portugal in June, RBA Governor Philip Lowe noted that “very high” debt levels and asset prices were the number one domestic risk in Australia. Clearly, Governor Lowe does not plan to repeat the exercise of 2016 when his predecessor, Glenn Stevens, cut rates twice in response to low inflation and new lending to property investors increased by 20 per cent between March and August 2016.

Investor lending has since turned, housing finance approvals last week showing that the value of investor loans fell again in August to be down an estimated 26 per cent excluding refinancing over the past year. Also last week, the Westpac Melbourne Institute Index of House Price Expectations in October dropped 7.4 per cent to 101.4, the weakest level since the first month the survey question was run in May 2009.

With no prospect of rate cuts, tightening in lending policies (as noted by the RBA) and uncertainty about the ALP’s policy on negative gearing and capital gains tax there is no reason to believe that new lending to investors has found its bottom.

Consequently it seems reasonable that we should prepare for an extended period of falling house prices in Sydney and Melbourne. While the degree of the falls is uncertain, our measures of affordability point to the current pace of price falls of around 5 per cent through at least 2018 and 2019.

This is a key reason why we expect the RBA to keep rates on hold through to the end of 2020.