From the dreaming to ‘Dreamy’: sharing First Nations stories

“Would you like to come on a journey with me? I'll be leaving in just a moment. We're going to visit my homelands. A place of rich history and culture from which there is much to learn.”

That’s the invitation Rona Glynn-McDonald extends to listeners in one of her latest collaborations, Dreamy, a collection of sleep stories told by First Nations storytellers.

It’s an invitation she extends to all Australians to explore the knowledge, cultures and stories of Aboriginal and Torres Strait Islander peoples.

“I grew up in and around Mparntwe [Alice Springs], surrounded by culture,” says Glynn-McDonald. “It wasn’t until I moved to the city that I realised that most people across this continent had limited connection to Aboriginal and Torres Strait Islander people or our stories or Country. But they did want to learn and know more, they just didn’t know where to start.”

She created the non-profit organisation Common Ground – with online articles and other resources to educate and raise awareness of First Nations cultures. The website has attracted over one million page views, while Common Ground’s content has also been included in early learning and primary school curriculums.

Interest in First Nations stories and histories has grown over the last decade, as younger generations in particular embrace the richness of the world’s oldest continuing cultures. The latest Reconciliation Barometer in 2020 found that almost two thirds of Australians are proud of Aboriginal and Torres Strait Islander cultures, and 83 per cent believe it is important that their history and cultures be taught in schools.

The challenge, according to Karen Mundine, CEO of Reconciliation Australia, is moving beyond learning and knowledge, to ‘braver’ action that has a deeper impact.

“Reconciliation cannot just be about raising awareness,” she says. “For reconciliation to be effective, it must involve truth-telling, and actively address issues of inequality, systemic racism and instances where the rights of Aboriginal and Torres Strait Islander peoples are ignored, denied or reduced. We need to focus on more substantive change.”

Glynn-McDonald agrees, drawing on this year’s NAIDOC Week theme - Get Up! Stand Up! Show Up! – to encourage people to take the next step.

It’s an invitation to build a relationship with First Nations people, she says. “Educating yourself is one part of the equation, but it’s also showing up in solidarity, and thinking about how can we shift our mindsets and behaviours to be constantly centring First Nations people and perspectives.”

Glynn-McDonald’s work focuses on amplifying the voices of Aboriginal and Torres Strait Islander peoples, offering non-Indigenous Australians an insight into their lived experience as well as their history and their culture.

Technology has removed some of the barriers to connection, enabling people to hear directly from First Nations storytellers in remote parts of the continent, and creating a sense of place – even in their own homes.

Dreamy was launched in August last year at a time when much of the population was in lockdown and many were experiencing high levels of stress and anxiety. Glynn-McDonald recognised that young people in particular often find it hard to switch off and fall asleep after spending so much time on screens.

“In the time of Covid-19, which we’re obviously still in, I think there has been a huge re-frame where people have been stuck in place,” she says. “They’re recognising that slowing down and mindfulness and being connected to Country are things that we will all benefit from.”

A proud Kaytetye woman, Glynn-McDonald is steeped in the tradition of storytelling: Her father is acclaimed director Warwick Thornton, and her mother, brother and aunt are also successful filmmakers. Having initially resisted that path, choosing to study economics, she has since embraced the power of media and stories to drive change, following in the footsteps of her trailblazing grandmother, Freda Glynn.

Freda was one of the co-founders of the Central Australian Aboriginal Media Association (CAAMA), the first Aboriginal-owned radio and television station, and the first to broadcast news and entertainment in traditional languages.

“Nana's legacy was creating ways for our communities to tell our stories as a form of healing, but also a form of resistance,” says Glynn-McDonald. “Her early work at CAAMA really shaped opportunities for people out bush to hold those stories strong.”

For Glynn-McDonald, Common Ground’s biggest impact comes not from educating non-Indigenous Australians – although that is still an important focus – but in empowering First Nations people to embrace their own culture and heritage, and recognise themselves as powerful, sovereign storytellers.

One of her proudest moments came when a primary school teacher, whose students are mostly Aboriginal, spoke about how Common Ground’s First Nations Bedtime Stories had inspired her class. She said the program had completely shifted their perspectives about the strength and value of their own knowledge and culture.

“The stories they heard were from another nation, but it inspired them to get out on Country, to go on their own journeys and seek out their families and Elders, and continue those storylines. Seeing that impact is just so special, and it brings me a lot of joy.”


Rona Glynn-McDonald is a former Westpac Scholar, and a current member of the Westpac Indigenous Advisory Committee (WIAC) which informs and guides the Group’s approach to Indigenous engagement.

Elise Williams is a social impact and sustainability specialist with more than 15 years’ experience across both the for-purpose and for-profit sectors in Australia and internationally. She joined the Westpac Group Sustainability team in 2021. As a writer she aims to raise awareness, funds and questions – preferably all three. 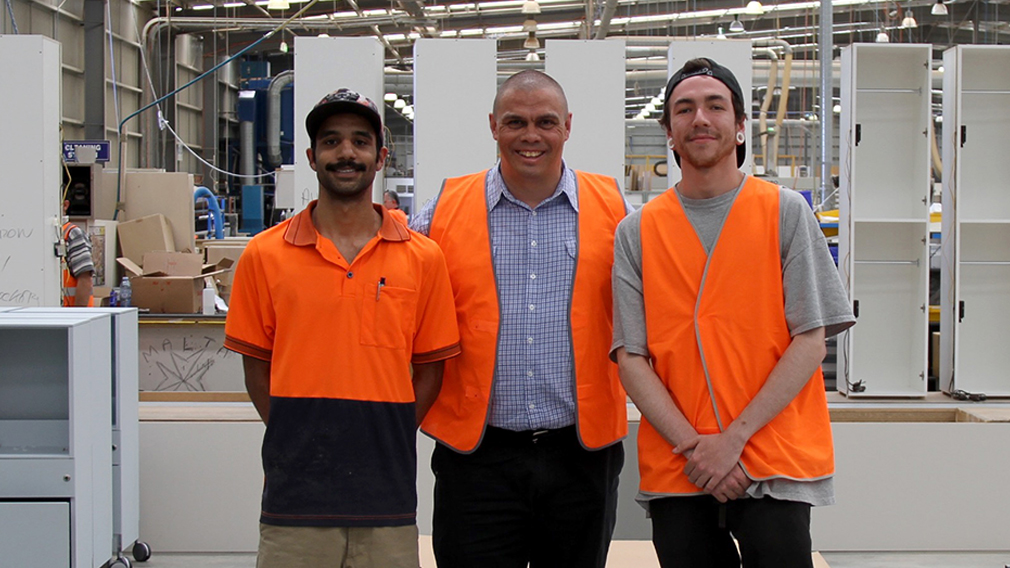