At the end of a year in which bitcoin prices surged more than 1000 per cent and Chicago’s Cboe Futures Exchange launched an official futures trading market, the spreading of cryptocurrencies into Singapore’s “real” world was met with fanfare by supporters and investors.

A few weeks later in South Korea, however, the government flagged banning trading in cryptocurrencies, sending prices of many plummeting and sparking renewed debate about their validity. Descriptions such as “madness”, “useless” and a “bad ending” flourished.

While not denying that cryptocurrencies had traits of a bubble, Bala Swaminathan, Westpac's recently departed head of Asia, says there’s little point trying to “wish them away” and policymakers will need to increasingly think through the consequences.

“People are already transacting. You can buy coffee with a bitcoin in Singapore not far from our office and up to four million people in Japan are estimated to be using them,” he told Westpac Wire in an interview.

“So while there’s all this talk about it being a bubble, it’s ignoring the fact that there’s an actual new currency that’s come into the world. I think we need to recognise that as this is completely new money coming into the system, but economists and officials are not counting it in money supply. That will have to be thought through over time when setting policy.” 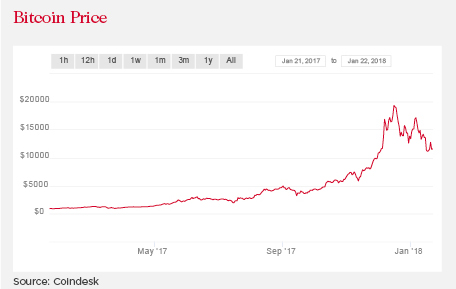 Reflecting at the end of a more than 15-year banking career that has included periods of massive upheaval and challenges, Singapore-based Swaminathan says cryptocurrencies actually best bring to life the level and pace of change across the world as various “mega trends” play out, such as technological advances, the rise of Asia and ageing populations.

“Banking, like any industry, deals with situations based on inherent memory. So if a credit financial crisis happens now, we know how to deal with it because we’ve seen many before including the 2008 crisis,” he says.

“But these mega-trends we are seeing now are new and have elements which none of us across the world have any muscle memory of dealing with, so people are going to guess and find answers, which is why I think it’s even more dramatic.

“And if you think about cryptocurrencies and the response from some, it’s ‘this isn’t real or is just a bubble’, basically wishing it goes away. But that doesn’t seem to be the right response to me. I’d argue it should be ‘let’s take it on’.”

From regulators and governments to business leaders and investors, cryptocurrencies last year became one of the most hotly discussed markets, spurred by dizzying price rises and falls amid a rush for a piece of the action.

Google searches for “bitcoin” in December were 17 times higher than January 12 months earlier, according to Citi, amid a surge in the price last year from around $US1500 to a high of $US20,000. While Bitcoin has this month almost halved back to around $10,500, the currency – which is finite with a maximum of 21 million that can be created, or “mined” – traded at just $US15 in 2013. 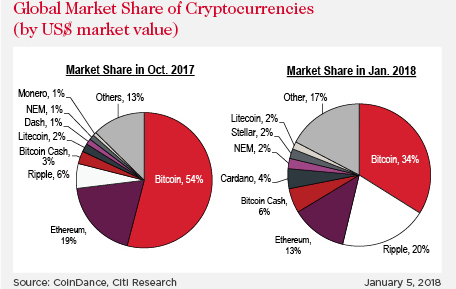 Swaminathan, who last month stepped away from executive life but will remain on Westpac’s Asia Advisory Board, says that looking beyond the short-term ups and downs, digital currencies will gain mass adoption when confidence grows after governments eventually embrace the benefits.

He’s not alone, analysts at Macquarie this month writing that cryptocurrencies and blockchain – the distributed ledger technology underpinning them – were “the future”. “The main difference between (say) bitcoin and tulips is that cryptocurrencies are based on sustainable and evolving technological foundations (just as cars were in the early 20th century),” they wrote.

Swaminathan agrees with the analogy, noting the world was heading towards driverless cars in about 130 years since the invention of automobiles, which was “not that long in human history”.

But for the immediate future, he says, adoption of cryptocurrencies would remain low given the amount of time and electricity required to produce them and the inefficiency of having to validate prior transactions to use them. Just last month, Reserve Bank of Australia governor Philip Lowe gave a speech on the case for issuing an “eAUD”, a digital form of the Australian dollar, noting that while there were no immediate plans, “we are continuing to look at the pros and cons”. 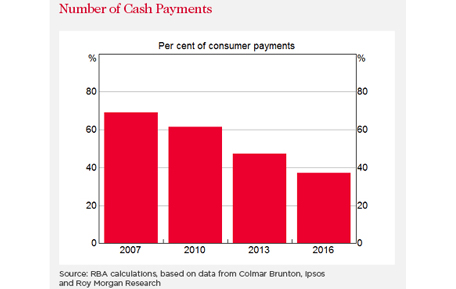 “Right now, people might only use them out of curiosity. That’s where technology adoption always starts,” Swaminathan says of Singapore’s Ducatus café, where people can download cryptocurrencies into a digital wallet and buy a coffee.

“But it’s a bit like saying ‘why will you buy pizza via a drone’? Maybe you won’t, but maybe your children will at some stage. At some point in time, technology becomes business as usual. We don’t know when that is and I am not of the view it’s going to replace the current system completely as the conventional wisdom in me says digital currencies are not sustainable without government as a custodian.

“But eventually my view is there will be an alternate of paper currency, let’s not call it cryptocurrency, but something which is eco-friendly and efficient, that is the future. And as a risk manager you cannot ignore a trend.”

During his almost six years as Westpac International general manager, Swaminathan has had a front row seat of how Asia – the fastest growing region in the world – has navigated not just technological advances, but the post-GFC environment of massive central bank liquidity injections (and) demographic challenges. A major issue, he notes, is that major changes are occurring when there was muted global economic growth. He points to how there was more people dying than being born in South Korea and forecasts that the number of people aged over 100 in Japan will rise 10-fold by 2040 to 700,000 people.

Economic uncertainty would likely remain high and room for error low, he predicts.

“If you have huge economic growth you can make any mistake because these will be absorbed,” he says.

“But there has been a lack of industrial growth around the world for some time now. My own theory is we are in a prolonged period, unless something changes maybe it’s 50 years, where there’s going to be little inflation as ageing populations consume less and productivity struggles to rise.”

Swaminathan, a trained accountant who previously worked at KPMG and Standard Chartered Bank, is however eyeing one massive new project, China’s ‘One Belt, One Road’ to link Europe to China, and Africa and Oceania, in new pursuits post life at Westpac.

With other former bankers, he’s looking into whether there are opportunities to leverage new technology to develop supply chain financing solutions for the likes of farmers in nations as ‘One Belt, One Road’ opens up markets to sell into. He’s also interested in the health tech and insurance markets, plus setting up a fund to buy distressed assets sitting in Asian banks. All would be in non-executive director roles so he can “focus 100 per cent of time on investments, and helping companies scale up and meet people”.

In terms of the future of banking in the region, he says Asia remains as competitive and dynamic as ever. However, he says conditions have recently improved as competition eases in some lending markets and products as some Asian banks put capital into the ‘One Belt, One Road’ initiative. Also, some Asian banks are being less aggressive in certain markets after heavy growth in prior years.

He says Westpac’s business in Asia means its balance sheet grows and reduces with market conditions, which is likely to continue as it retains a presence in the region while focusing on Australia and New Zealand. “As I often say to people who understand cricket terminology, Asia for us is a five-day test game, not a 20-20. There’s no reward for pinch hitting,” he says.