What is a social license to operate and why does your agribusiness need one?

Coined by a Canadian mining executive in the late 1990s, the term 'social licence to operate' (SLO) acknowledges that the 'right' that businesses believe they have to exploit resources for their own private purposes (and profit) can be impacted by the attitudes of the community.

Over the past two decades resources industries such as oil and mining and now agriculture have come to discover that this tacit community consent can be withdrawn with costly results: damaged reputations and brands, legal action, increased regulation, consumer boycotts, loss of access to markets and even violent activism.


Historically, agriculture in Australia has enjoyed high levels of trust, even pride, from its community-Australia was said to be 'riding on the sheep's back'-but that has been challenged in the past 20 years or so. Confronted by growing public concern, and at times outrage, about a range of environmental, public health and animal welfare issues, the sector is starting to accept that it must engage with and negotiate the changing values and expectations of local communities and society at large.

Why should farmers care?

Mick Keogh, Executive Director of the Australian Farm Institute, cautions that, unless the farm sector retains its social licence by listening to community concerns and establishing its own quality assurance schemes, other parties-retailers, activists, lobby groups and government-will impose their own conditions.

"We need to see [SLO] as an opportunity rather than an impediment," Keogh argues. With Australian agricultural exports chasing higher-value markets overseas, he points out that farmers have benefited from the need to meet tougher requirements at home. "Even though we may complain about society placing these constraints upon us, the reality is the only reason we stayed in the Japanese beef market over the past 10 years … was because we had full traceback to property of origin and no mad cow disease."

Keogh points to the case study of the Australian cotton industry as a model for how to defend social licence. Facing community outrage and the threat of a government pesticide ban in the early 1990s, the industry worked hard to implement the Cotton Best Management Practices, a well-researched and independently audited environmental risk management scheme for its growers with a commitment to ongoing research and development and responsible farming practices. "I think that's an example of what can happen when an industry decides to take the front-foot approach," Keogh says. 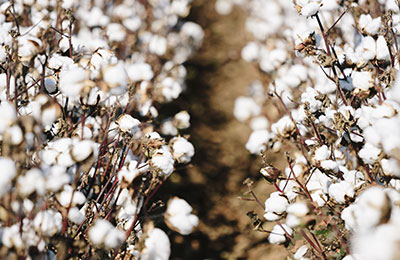 Specialising in public affairs, sustainable development and SLO, management consulting firm Futureye is currently working with the dairy industry, through Dairy Australia, and the red meat industry, through Meat & Livestock Australia, to help determine some of the key social risks those industries face and the best options to respond to them. Futureye's Managing Director, Katherine Teh-White, argues that "to earn a social licence you need to deal with the concerns society has and take their values and reactions into account".

As an example, for the past two years Futureye has been developing and implementing a future-proofing strategy for the live export industry through the Australian Livestock Exporters' Council (ALEC). Recently, ALEC identified a serious issue in Vietnam where Australian livestock were leaving the supply chain before the abattoir-a breach of the laws introduced after the Four Corners investigation into live exports to Indonesia in 2011.

Demonstrating how much it learned from the social licence backlash in 2011, this time ALEC is taking proactive steps, working with its members to notify stakeholders, approaching the media, suspending two importers and raising the importance of its standards with Vietnam. So when Animals Australia released graphic images and challenged the government to act, the government was able to point to the industry's already proactive management of the affair.

How to start a conversation with the public?

Futureye has developed ways to identify and monitor the emergence of community concerns and understand the dilemmas that may threaten SLO.

WikiCurve (wikicurve.org), Futureye's interactive online crowdsourcing tool, maps changes in public attitudes over time and the key events and ideas that shape them.

Futureye's DAD-to-DAVE model proposes moving corporate culture from a Decide-Announce-Defend position to a more open approach: Declare the dilemmas, Acknowledge the issues, past and present, and create a shared Vision of the future for ongoing Evaluation.

"We can show that this idea of dilemma communication and engagement with the community can create a greater increase in trust," says Teh-White.

In this way, SLO is a change of mindset that goes beyond conventional marketing, risk communications and public relations management. By valuing community expectations and proactively dealing with any issues in an open and responsible way, a company or industry can protect its commercial interests and future-proof its sustainability and success.