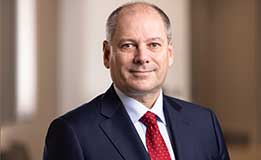 Peter was appointed Westpac Group Chief Executive Officer in April 2020. Peter previously held this role on an acting basis between December 2019 and March 2020.

In his 25 years at Westpac Group, Peter has held senior finance roles including Chief Financial Officer since 2014 with responsibility for Westpac's Finance, Group Audit, Tax, Treasury and Investor Relations functions. Prior to this he was Deputy Chief Financial Officer for three years and held senior positions across the Group including in Group Finance, Business and Consumer Banking, Business and Technology Services, Treasury and Financial Markets.

Peter commenced his career at Deloitte Touche Tohmatsu. He has a Bachelor of Economics from Sydney University and completed the Advanced Management Programme at INSEAD. He is a Fellow of the Institute of Chartered Accountants. Richard was appointed Acting Chief Executive, Consumer Division in June 2020, leading a team of more than 10,000 people who help over 9 million customers. The division provides a wide range of retail banking, lending and consumer finance services across the Westpac, St.George, BankSA, Bank of Melbourne and RAMS brands and includes support functions such as marketing, digital, operations, product, risk and finance.

Prior to joining Westpac in 2010, Richard held senior roles in financial services in Australia including Head of Business Performance at Challenger Financial Services Group and Head of Performance Management at National Australia Bank, UK. Richard also led an advisory team for KPMG in the UK.

Richard holds a Bachelor of Science in Mathematics with Honours, from the University of Bristol. 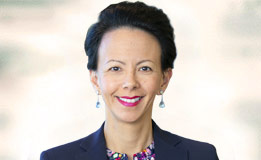 Rebecca was appointed as a Westpac Group Executive in 2016 and is responsible for legal functions globally.

Rebecca began her career at Blake Dawson Waldron (now Ashurst) before joining the US firm Skadden Arps where she worked in both New York and London. Rebecca then moved into an in-house role in investment banking at Goldman Sachs in London before returning to Australia and joining Westpac.

Rebecca is a member of Chief Executive Women. 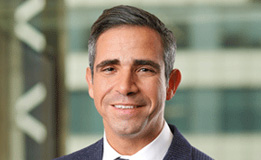 Guil has 22 years' experience in banking and consulting in Hong Kong, Brazil, UK, US, Spain and the Netherlands. Prior to his appointment, Guil was Group Head of Wealth Management at HSBC Hong Kong. Guil started at HSBC as Group Head of Strategy in London in 2010 after a career totalling 10 years at McKinsey & Co. Guil holds a Bachelor of Business Administration in General Management and Finance from Fundação Getulio Vargas (FGV) in Brazil and a Master of Business Administration in Strategy, Corporate Finance and Investment Management from Harvard Business School. 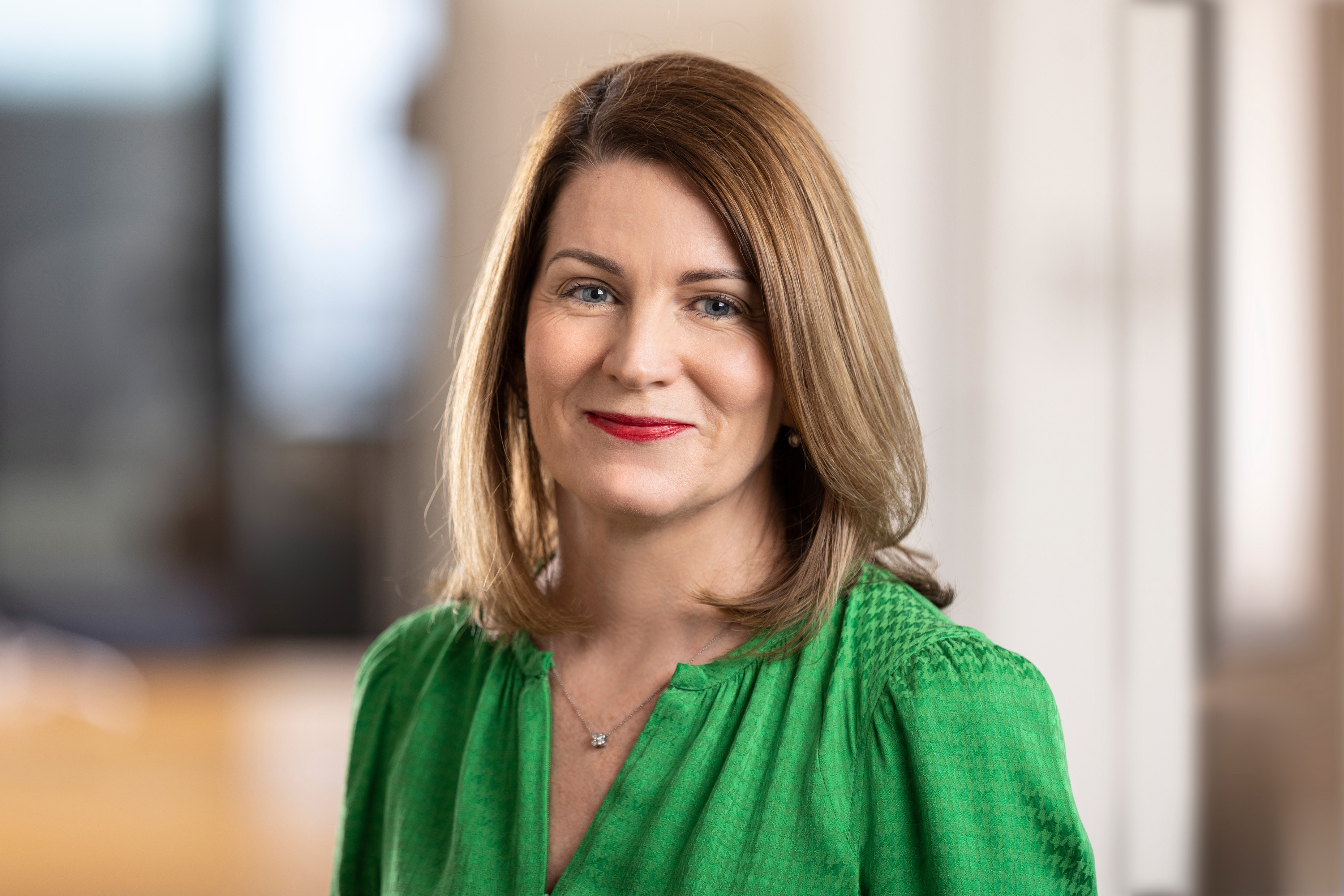 Carolyn was appointed as Westpac’s Group Executive responsible for customer and corporate relations in May 2018. This division brings together management of the Group’s customer resolution and reporting, alongside our corporate affairs, communications and sustainability functions, recognising the importance of setting high service standards and quickly resolving customer issues in managing the Group’s relationship with its customers.

Carolyn is also the executive responsible for overseeing the Group’s Culture, Governance and Accountability Program.

Carolyn joined the Westpac Group in 2013, as General Manager, Corporate Affairs and Sustainability, during which time she played an instrumental role in leading the Group’s bicentenary program, including the launch of the $100 million Westpac Bicentennial Foundation. 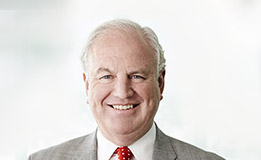 Before joining Westpac, David was Director, Capital Markets at Deutsche Morgan Grenfell from 1994. He also established the New Zealand branch of Deutsche Bank and was New Zealand Resident Branch Manager. In 1988, David joined Southpac/National Bank as a Capital Markets Executive. Prior to this, David worked as a lawyer in private practice and also served as in-house counsel for NatWest NZ from 1985. David is a Barrister & Solicitor of the High Court of New Zealand. 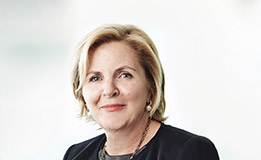 Christine was appointed to Westpac Group’s Executive Team in October 2011. As Group Executive, Human Resources, Christine leads the HR function for the Group, responsible for strengthening our service oriented and inclusive culture,  attracting and retaining the best talent, developing and helping our workforce to grow skills for the future, rewarding and recognising our people and ensuring the health and wellbeing of our people.  Christine also oversees the Group’s Customer Advocate function, corporate communications, and supports the CEO and Board on culture and conduct.

Before joining Westpac, Christine held senior HR roles in a number of high profile organisations and across a range of industries, including Carter Holt Harvey and Restaurant Brands New Zealand.

Christine was previously a Director of Women’s Community Shelters and is a current member of the Chief Executive Women, Governor of the St.George Foundation and member of the Veterans’ Employment Industry Advisory Committee. 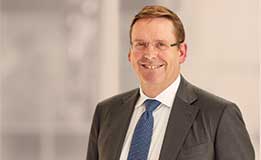 Before joining Westpac Group, Michael was a Partner in Management Consulting at KPMG and previously held a number of senior executive positions at ANZ from 1999-2013. This included CFO Institutional Banking, CFO Wealth, CFO New Zealand, CFO Personal Financial Services, and business leadership roles as CEO Pacific, Managing Director Mortgages and General Manager, Transformation. Michael commenced his career at KPMG, where he was promoted to become a Tax Partner in 1993.

Michael holds a Bachelor of Commerce, University of Melbourne and a Graduate Diploma of Taxation Law, Monash University. He is a Fellow of the Institute of Chartered Accountants in Australia and New Zealand. 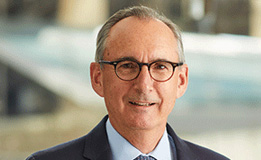 
David was appointed Chief Risk Officer in October 2018, with responsibility for risk management across the Group.

Prior to this, David was the Chief Risk Officer for Royal Bank of Scotland (RBS) from 2013, having first joined RBS in 2010 as the Deputy Chief Risk Officer. David has also previously held other senior roles at both retail and investment banks in the UK, USA, Hong Kong and Australia, including serving as Chief Risk Officer at ANZ and Chief Credit Officer at Credit Suisse Financial Products.

David has a Bachelor of Business in Banking and Finance from Monash University and is a Board member of the International Financial Risk Institute. 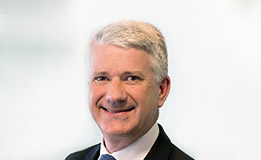 Gary was appointed Acting Chief Information Officer in September 2020. Gary held the role of Acting Chief Financial Officer from December 2019 to August 2020. Prior to this, Gary was Chief Operating Officer and led the Strategy & Enterprise Services function.

Before joining Westpac in 2008, Gary held a number of senior finance roles at Commonwealth Bank of Australia (CBA) including Deputy CFO and CFO Retail Bank. Gary has over 20 years' experience in financial services, covering finance, M&A and large scale program delivery. He commenced his career at Deloitte Touche Tohmatsu.

Gary has a Bachelor of Economics and a Post Graduate Diploma in Accounting from Flinders University of South Australia and is a Fellow of the Institute of Chartered Accountants. 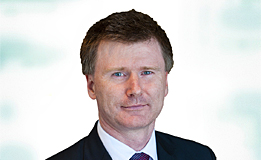 Les was appointed Group Executive, Financial Crime, Compliance and Conduct in June 2020. In this newly created role, Les is responsible for overseeing and strengthening the governance and management of these risks.

Prior to Westpac, Les was Group Executive for External Funds at Investa Property Group and Chief Executive for Gaming at TAB Limited. Les commenced his career as a solicitor at the legal firm Herbert Smith Freehills. 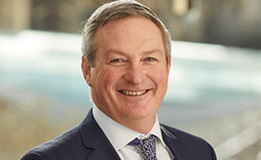 Alastair holds more than 30 years’ experience in banking in the UK, New Zealand and Australia. Since joining Westpac NZ in 1992, he has held a variety of roles from relationship management through to leadership positions for BT Financial Group, Group Customer Transformation and Business Banking.

Prior to his current appointment, Alastair was Acting Chief Executive, Business. 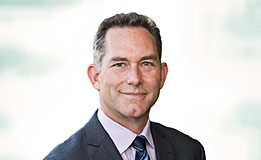 Jason was appointed Chief Executive, Specialist Businesses in May 2020.

He is responsible for Group Strategy, Transformation Office and Corporate & Business Development following the Group’s announcement at the FY20 Interim Results to build a Simpler, Stronger bank, focussing on its Australian and New Zealand banking operations.

He is also accountable for the Strategic Reviews and potential divestments of the Group’s Specialist Businesses. Specialist Businesses support customers with wealth needs including Life and General Insurance, Superannuation and Platforms and Investments as well as Auto Finance and Pacific banking.

Jason was previously with the Westpac Group for more than 20 years, holding a number of senior positions including Group Executive, Westpac Retail & Business Banking, and a range of senior executive positions in BT Financial Group. 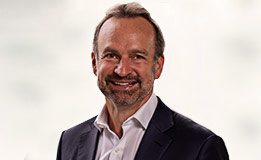 Curt was appointed Acting Chief Executive, Westpac Institutional Bank in July 2020. He has responsibility for Westpac's global relationships with corporate, institutional and government clients as well as all products across financial and capital markets, transactional banking, structured finance and working capital payments. In addition, Curt has responsibility for Westpac's offices and branches in Asia, London and New York.

Curt joined Westpac in 1994, and was appointed Group Treasurer in 2004. In this role he has overseen Westpac’s treasury operations, group liquidity and global wholesale funding across all products, including securitisation, covered bonds and other structured products, capital securities and unsecured issuance.

As Group Treasurer, Curt was also responsible for all on-balance-sheet risk management, as well as management of the Group's balance sheet, including capital planning and execution and meeting the Group's liquidity and funding regulatory requirements.

Prior to being appointed Group Treasurer, Curt held a number of roles including Deputy Group Treasurer and Head of Treasury Risk. Before joining Westpac, Curt spent seven years at Household International in Chicago and Sydney in various treasury-related roles, including risk management, funding and asset and liability management.