The Time is Ripe

Viticulturists and winemakers are toasting the upward trajectory of Australia's wine industry.

The Australian wine industry has undergone a challenging few years. So it's welcome news that cautious optimism is creeping back into the sector's psyche, reflected in the words of industry spokespeople who refer to a multitude of reasons for restored confidence.

The establishment of the Australian Grape and Wine Authority (AGWA), operating from 1 July 2014, is a major catalyst for the renewed buoyancy.

Supported by winemakers and wine grapegrowers alike, AGWA, the soon-to-be sole statutory authority coordinating research and development and marketing support for Australia's $3.4-billion wine industry, was created from the merging of the existing Grape and Wine Research and Development Corporation GWRDC) and the Wine Australia Corporation.

"The overhaul of industry statutory bodies to form AGWA is an opportune development because it will provide a strategic synergy between research and development and the marketing of Australian wine," says Paul Evans, Chief Executive of the Winemakers' Federation of Australia (WFA).

Lawrie Stanford, Executive Director of Wine Grape Growers Australia (WGGA), describes the new statutory body as "a little ray of sunshine" because it is "a whole-of-value-chain organisation", adding, "for the first time we'll have a body that represents everybody".

The primary focus for AGWA will be driving the wine industry forward and forging stronger, more open lines of communication among its diverse facets. "It's an important milestone for the industry to re-engage and take actions required to assist recovery," says Evans. 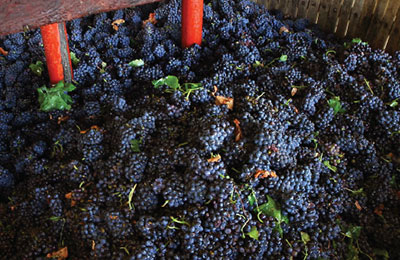 While official figures for the 2014 grape harvest are not yet available, the consensus is that overall yields are low and grape quality is average to high.

"This year is hard to read," says Stanford. "It varies from region to region. In cooler regions yields are down. In warmer areas tonnage is pretty good."

According to an ABC report, Australian wineries are expected to crush more than 1.5 million tonnes of grapes during this year's vintage. Stanford says although it's down on last year (the official figure for 2013 was 1.75 million tonnes), this figure is "relatively balanced in terms of supply and demand".

David Bicknell, Chief Winemaker and CEO at Oakridge Wines in Victoria's Yarra Valley, says crop levels in his region are "dramatically" down and the issue is weather-related. "South-east Australia had very poor flowering conditions during spring-the worst for 25 to 30 years-so we had poor fruit pickings," he says. "It was cold, rainy and windy, so it hasn't set the fruit. The other problem was spring frost."

Climate change is generating both reactive and proactive measures. For example, the warmer weather is causing fruit to ripen early, so CSIRO is investigating ways to delay the onset of ripening by utilising hormonal and genetic control.

Meanwhile, in low-rainfall areas such as McLaren Vale, on the outskirts of Adelaide, wine grapegrowers are taking steps to ensure they remain viable as the average rainfall declines. They are increasingly planting alternative varieties that are suited to a drier climate (from Spain, for example) and utilising different irrigation methods, harvesting, mulching and pruning to safeguard berries during the hottest part of the day. In fact, heat- and drought-tolerant Spanish and Italian grape varieties are gaining popularity nationwide.

Bicknell says the average harvest date in the Yarra Valley has moved forward by about four weeks in the past 20 to 25 years. This has prompted the practice of defensive viticulture, such as protecting grapes rather than exposing them to the sun. "Coupled with that we are looking into the reactions of different varieties on different sites," he says.

The trend towards organic, biodynamic and preservative-free wines in Australia is building slowly, says David Lowe of Lowe Wines in Mudgee, and is part of a broader societal buy-in to a healthier lifestyle.

Winner of Wine Communicators of Australia's Legend of the Vine Award 2014, Lowe says: "Interest in organic wine has increased in Australia in the past five years, unlike in Europe, Canada and North America, where it's been an accepted part of the culture for decades."

In March the National Association for Sustainable Agriculture, Australia (NASAA) signed an agreement with Chinese organic certification body Beijing WuYue HuaXia Management and Technique Center (CHC), which it predicts will boost Australia's organic and biodynamic industry by up to $100 million per year.

Currently, both Lowe Wines and Treasury Wine Estates (the smallest winemaker and largest wine company in the country, respectively) are part of an Australian Research Council project investigating the production of low-alcohol wine.

The science of wine 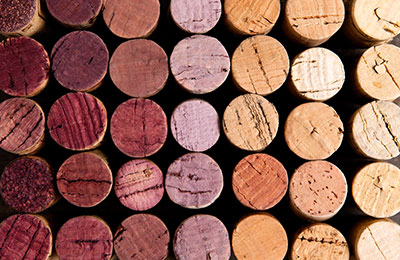 Since the wine industry became a stable facet of Australian agriculture, research programs, innovative practices and technology have represented one of its defining competitive advantages.

The Australian Wine Research Institute (AWRI) undertakes strategic and applied research. The institute's Research, Development and Extension plan for 2013 to 2018 details 50 projects grouped under 17 themed headings and developed through a wide-ranging industry consultation process. The plan covers several broad areas, including: environment and sustainability; consumers, customers and markets; and improving products and processes.

"Tools to assist winery energy efficiency are low-tech but crucial," says Dr Dan Johnson, Managing Director of AWRI. "We have identified 20 ways to save money and reduce carbon emissions by minimising the amount of peak electricity."

"When we went to wineries and looked at where the electricity draw is occurring across all stages of the operation, we found the way tanks are cooled during fermentation and cold stabilisation are major drains."

At the other end of the technology spectrum the genetic basis of clone variation is being determined for chardonnay, shiraz and cabernet sauvignon, to assist growers with identification of grape varieties.

"We're looking for markers of different characteristics within the grape genome. This will inform future breeding strategies to make the plant more drought tolerant or pest resistant," says Johnson. As a significant project in the plan addresses disease control, research is also being conducted into the main pesticides currently being used.

What's in the barrel for the future?

Conceding there is no 'silver bullet', Evans is optimistic: "We see it as 'glass half full'. The world [of] wine fashion is ready to take another serious look at the Australian category. We need to take full advantage of this by aggressively marketing our wines.

"We consistently punch above our weight at international wine shows. Domestically, our key challenge is to take share [away] from imports, which means convincing Australian consumers that wine coming from their own backyard is the best wine available."