Stay ahead of the weather

With the effects of climate change and potential El Niño events in 2015, good farm management is more important than ever.

As 2014 wraps up, we naturally start thinking about the coming year. While it's still impossible to predict weather a year ahead, scientists now have a greater understanding of the drivers behind wet and dry periods and are providing up-to-date information to help the agriculture industry plan for the short and long term.

"We know the tropical Pacific and Indian oceans are critical suppliers of moist air that feeds into our weather patterns," says Graeme Anderson, Climate Specialist in Farm Services, part of the Victorian Department of Environment and Primary Industries' Agriculture Group. "So it's useful to know what they're up to from one season to the next." 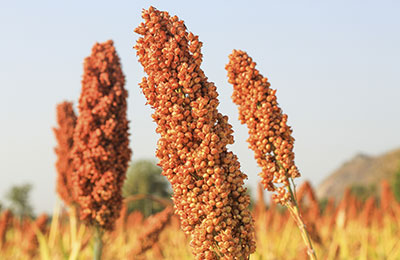 The Bureau of Meteorology (BoM) provides regular updates on the status of the Pacific and Indian oceans, including the El Niño Southern Oscillation (ENSO) and Indian Ocean Dipole (IOD), via its Climate Model Summary page.

At the time of writing, there was a 50 per cent chance of El Niño-which is associated with drier conditions for most of eastern Australia-occurring in 2015. However, it's quite likely to be mild if it occurs. "Moderate to strong El Niño events are usually entrenched by midwinter," says Dick Whitaker, Consulting Meteorologist at Sky News Weather. "That hasn't happened this year, so, while an El Niño could still happen over the next few months, it's unlikely to be an extreme event."

The oceans aren't the only driver of change in Australia's weather patterns. "Climatologists are seeing a long-term increase in temperature," Whitaker says. "For the next season we should see temperatures above, rather than below, the average. This is likely to continue for the foreseeable future. Of course, there will be individual events that will be cold, but overall the temperature trend is expected to climb over the next decade."

The changing climate won't just bring hotter temperatures, either. "The effects of climate change will become more pronounced over time," says Dr Sarah Perkins, a research fellow at the Climate Change Research Centre at the University of New South Wales. "It is manifesting in extreme events. Droughts and heatwaves are amplified and so are floods, and these will become more prevalent as the years go on. While we can hope for the best, we need to prepare for the worst."

So, what can we do to prepare? "The best thing you can do is make yourself aware of what's happening," says Whitaker.

One particular resource recommended by Whitaker is BoM's Forecast Rainfall tool. "It's a very good resource for short-term planning," he says. "For instance, if you were looking to irrigate, it may show you that rains are coming, so you could hold off for a few days and save some water."

For long-term planning, Whitaker recommends going to BoM's Climate and Past Weather page and looking at the Rainfall and Temperature Outlooks, which provide estimates for the next few months.

However, Whitaker also warns: "You really have to be careful with the way you use long-term outlooks, as there is a lot of uncertainty in them. I recommend that farmers compare the forecasts over time. If a forecast changes from day to day, you should attach more unreliability to the prediction; if, on the other hand, a forecast has remained consistent as it moves nearer to the event, it's a more reliable bet." 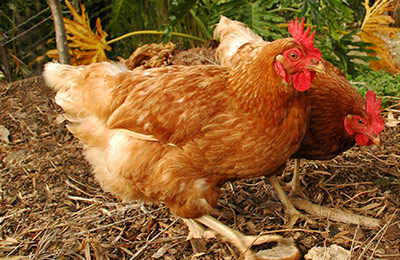 Of course, Australian agriculture has a long history of managing its boom-and-bust cycles and has continued to increase its production levels despite our often-harsh climate.

"Good business and farm management are both required to manage these seasonal fluctuations. "says Anderson. "It's important to have an overall strategy that deals in the mid-to-longer term.

"The more agile producers tend to have set 'key decision trigger points' for action, as well as measured benchmarks or limits. Then, as each season unfolds, they exert the discipline to act as needed. Many farmers tell us that delaying or not making decisions can prove costly to their business, livestock, land asset and state of mind."