Australia is a global leader in water-efficient crop production, especially when it comes to heat. Looking to the future, where are the biggest improvements still to be made - in management, genetics, soils or elsewhere?

Those looking to the future of our resources-constrained planet tend to focus on food and how to feed the burgeoning human population. Of course, the precursor to food is the water that is essential to grow it.

Demand for fresh water is increasing by 64 billion cubic metres a year and agriculture accounts for 70 per cent of the demand. The World Economic Forum’s ‘The Global Risks Report 2016’ nominates water shortages as a primary risk facing human society in the coming decade, along with climate change and the proliferation of weapons.

For Australia, though, this urgent concern over water is nothing new. Water—especially lack of it—has been uppermost in how Australians think about agriculture since the First Fleet. The creeping effects of climate change since the turn of the last century have only reinforced this water consciousness.

As CSIRO wheat researcher Dr Richard Richards notes, that’s a world-leading benchmark, "one of the things that Australia can be extremely proud of”. Our crop research capability in issues where water is the limiting factor is “second to none”, Richards adds, “and the global leadership that we can offer in this area is going to be extremely important”.

Richards and colleagues such as Dr James Hunt, also of CSIRO, don’t plan to stop while they’re ahead. Producing wheat at 10kg/ha/mm is only half the theoretical limit of 20kg/ha/mm.

“We have the potential across Australia of doubling yield,” Richards says. “We’re at the top of our game compared with other dry countries. The very best of our farmers are pushing the biological limits of water-use efficiency (WUE). If we can double yields, it demonstrates what others around the world can do as well.”

In a world obsessed with shiny new things, the temptation is to find a new piece of technology that will fire a magic bullet into the heart of the problem. But WUE isn’t congenial to ‘One Big Fix’. Hunt learned that lesson working on a joint CSIRO–Grains Research & Development Corporation (GRDC) project to lift WUE, which earned the 2014 Department of Agriculture Landcare Eureka Prize for Sustainable Agriculture. The multi-year project found that managing WUE had to start pre-crop with management of moisture-sapping weeds. A third of the paddock’s future grain yield might lie in summer fallowing before the seeder has turned a wheel. (In fact, moisture management has to start with the previous crop—stubble retention slows evaporation from the soil.)

From sowing, WUE is the product of complex interplay between the crop’s genetics, the mechanics and timing of sowing, soil characteristics, weather and nutrition. Change any of these parameters and the other parameters shift, too.

Hunt says the one constant gain in the WUE of Australian wheat has come from breeding—a sustained, out-of-sight research effort that over decades has produced a consistent 0.5 per cent gain in WUE per year. Compared with the relatively steady gains wrung from genetics, management gains have come in fits and starts from occasional revolutionary shifts, such as no-till farming.

Hunt and Richards think future WUE gains will look a lot like this: half from the patient work of breeding and half from infrequent bursts of innovation in technology and management. Hunt cites one potential innovation: the use of spray-on polymers to slow evaporation from the soil. That work is still a long way from maturity—and it may not even get there—but it has the promise of bringing some of the advantages of the greenhouse to broadacre.

The two researchers’ own bias is towards genetic improvement. In this area, Richards says, We have the potential right now to make significant gains.

The yield of a crop is determined in two phases: the first is how efficiently each millimetre of rainfall is converted into plant biomass; the second is how efficiently biomass is converted into grain. On the latter process—the ‘harvest index’—Australia has made substantial progress. But the earlier step has, until now, been largely overlooked. CSIRO has recently begun assembling parts of the wheat genome that support varieties capable of going into the ground earlier, and with a longer maturity pattern so that early sowing doesn’t set up the plant to flower in the spring frost window. 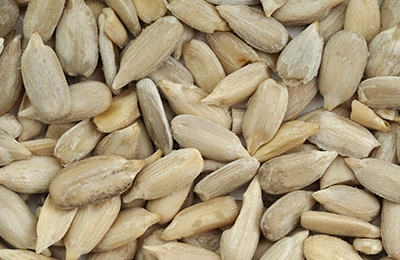 Hunt, Richards and their colleagues are scoping out wheats with long coleoptiles—the growing point that thrusts out of the seed, up through the soil to the sunlight—and bigger root systems. Long coleoptiles are the key to pushing sowing times back from May to the warmer conditions of April.

Those few weeks earlier, moisture lies deeper within the soils. For a successful strike, seed will have to be sown on top of this deeper moisture, but the coleoptile then needs to find its way up through more soil. Bigger root systems are essential to plant resilience through a longer season.

"CSIRO is assessing wheats from up to a century ago to see whether their old-fashioned water-scavenging capability can be bred into modern varieties."

Put these attributes together with high yield and disease resistance, and Richards is certain that Australia can make significant new progress towards that 20kg/ha/mm theoretical WUE limit. "We basically have the genes and the breeding at our fingertips at the moment. There’s a bit of fine-tuning to do, but we have the genetic potential to make those gains," he says.

CSIRO is sharing its new genomic knowledge to support international research towards more efficient wheats (a rising tide lifts all boats). But Australian farmers will have to wait. The seed companies that develop new varieties prioritise the more commercial attributes of yield and disease resistance. Richards says they are yet to take the risky, expensive step of rolling new WUE traits into their lines in the absence of strong commercial demand.

He thinks it will happen, though. "There are no miracles when it comes to water-use efficiency, only incremental gains. After we’ve exhausted the management options, we’ll have to turn to genomics— and, fortunately, we’ve already got some tools in the toolbox."