Investing in security and growth

What does the National Water Infrastructure Development Fund promise to deliver? 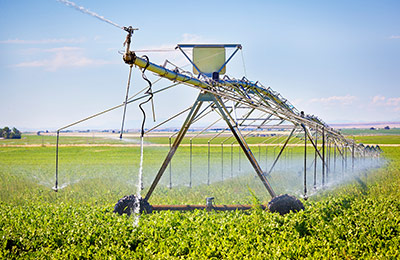 The White Paper backgrounds some of the challenges for agriculture in Australia. In 2013–14 the Australian agriculture sector accounted for 62 per cent of the country’s water consumption. Due to variable rainfall and rising population, Australia’s storage capacity is projected to fall from the current 4ML (megalitres) per person to 2.6ML by 2061 if no action is taken.

Irrigation, which is particularly critical to the dairy, cotton, rice, sugar and horticultural industries, contributed 28 per cent in value to agricultural production in 2012–13 but occupied only 1 per cent of agricultural land.
The White Paper identifies expansion and modernisation of water storage and irrigation schemes as fundamental to agriculture’s future water security.

The White Paper announced the establishment of the National Water Infrastructure Development Fund (NWIDF) with a commitment of $500 million to develop new and augmented water infrastructure, including dams, pipelines and managed aquifer recharge projects, around Australia.

A spokesperson for the Minister said: “The capture, storage and transport of water for irrigated agricultural production will allow the expansion and diversification of crop production and increase the resilience of farmers to deal with Australia’s naturally variable climate.”

The $500-million commitment comprises two parts. The first consists of a $50-million feasibility component that will kick start and inform strategic planning over four years commencing in 2015–16. The second is a $450-million capital works component for the construction of projects over eight years commencing in 2017–18, co-invested in partnership with state and territory governments and, wherever feasible, the private sector.

“The irrigated agriculture sector will be the primary beneficiary of the new water infrastructure,” explained the spokesperson for the Minister.

The White Paper on Developing Northern Australia, which was released in June 2015, outlines the federal government’s plans to unlock the economic potential of northern Australia.

The spokesperson for the Minister explained this prioritisation: “This funding recognises the unique circumstances of northern Australia, such as the lack of detailed water resources information and soil data at the catchment level, and the need for innovative solutions to water storage in the region.

“There are also several under-utilised water sources in northern Australia, as opposed to some existing irrigation areas in the south where water is already fully allocated.”

“In northern Australia new water infrastructure will allow farmers to grow crops such as sugar, sorghum, chia, sandalwood and fodder crops so the cattle industry can become a year-round supplier of beef to capitalise on growing Asian demand.” 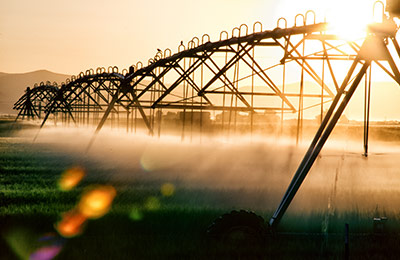 Current round of funding

The Department of Agriculture and Water Resources invited Expressions of Interest for the feasibility component round of $25 million from state and territory governments. According to the spokesperson for the Minister, successful applicants are expected to be announced in early 2016.

The Mitchell River basin of Far North Queensland currently supports extensive grazing of native pastures and irrigated production worth about $100 million annually from the 17,000ha Mareeba Dimbulah Irrigation Scheme. Preliminary analyses of land suitability and water capture and storage options indicate the ability to support a further 60,000–80,000ha of irrigated agriculture in the catchment, drawing on water stored in new in-stream or off-stream dams.

The Greater Darwin region comprises the Northern Territory’s largest (3000ha) and most valuable (about $200 million production per annum) irrigation area, watered mainly using groundwater. The development of a number of small to moderate-sized dams would enable this area to be increased tenfold, up to 30,000ha. The region’s proximity to Darwin would provide opportunities for dams with multiple uses.