Australian consumers are increasingly calling for country-of-origin labeling for seafood, right to the point of ordering and eating, but what’s holding the food services sector back?

For almost a decade Australian consumers have been able to go to a supermarket or fresh fish shop and know where their fish has come from, but that's not the case when they go to a restaurant or fast food outlet. In an unlikely alliance, industry and environmental bodies are calling for change.

The Northern Territory Seafood Council (NTSC) is one of 16 organisations, including the Commonwealth Fisheries Association and the Australian Marine Conservation Society, that want the federal government to introduce country-of-origin labelling (CoOL) for the food services sector.

NTSC Chairman Rob Fish believes that under the current system imported seafood products are masquerading as Australian and consumers are being left in the dark as a result. "Many consumers are not getting what they think they're paying for," he says. "Action is needed now to stop the hoodwinking."

And it's not just consumers who are getting a raw deal. Australian fishers say they have to compete with imports, which comprise up to 68 per cent of seafood consumed in Australia, when there may actually be a stronger market for locally sourced produce-if it can be labelled.

At a Senate committee hearing into food labelling requirements in December 2014, it was recommended that the Australian food services sector no longer be exempt from CoOL, within a 12-month transition period.

The Australian Barramundi Farmers Association's Executive Officer, Chris Calogeras, told the committee that allowing product to be differentiated would give consumers and producers the best of both worlds.

"It will allow Australian industry to get a premium price for [its] local product from consumers and it will also allow access to lower-priced imports, if that is what people choose," he said.

There has, however, been some criticism of the recommendations, with most concerns centred on the cost of compliance and the complexity of the labelling required. However, these fears are likely unfounded. 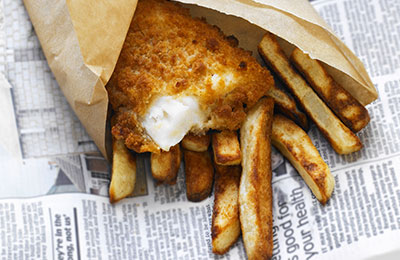 In 2008 the Northern Territory (NT) made CoOL a requirement for all seafood sectors and its success has been such that the state hasn't looked back. The NT's experience now acts as a blueprint for how labelling can be successfully integrated throughout the seafood supply chain without disturbing current processes.

"The requirement to trace fish has existed since 2006 and we already have it labelled to the back door," says Fish. "[CoOL] is not bringing something new, it's just applying that information to the label at the point the food is cooked."

According to the NT Department of Primary Industry and Fisheries, 90 per cent of NT fish retailers were compliant with the labelling requirement within three months of its introduction. Surveys also found the costs of compliance to be between $100 and $500 a year, with menu changes and reprinting incurring the biggest costs.

"Country-of-origin labelling has been fantastic," says Fish. "It has increased demand for local seafood and increased the recognition of our industry by consumers." And, he adds, consumers have since accepted the idea that Australia's domestic seafood industry is run sustainably-something that many were previously misinformed about.

Since the introduction of CoOL in supermarkets in Australia in 2006, trawl fishing industry turnover has increased from $4 million to more than $30 million, while production has risen from 500t to 3000t, according to the NTSC. Similarly, Australia Bay Seafoods, the largest snapper producer in Australia, has seen demand for snapper increase by 400 per cent.

With the labelling exemption for restaurants removed, the returns could be even greater.

Since the inquiry, South Australian Senator Nick Xenophon, who sat on the committee, put forward the Food Standards Amendment (Fish Labelling) Bill 2015. Co-sponsored by Senators Glenn Lazarus, Jacqui Lambie, Peter Whish-Wilson, Zhenya Wang and John Madigan, the bill sought to have changes made to CoOL by Food Standards Australia New Zealand (FSANZ) within 12 months. Although it received widespread support from the Senate, it was voted down on a technicality.

Glenn Sterle, the Senator for Western Australia, chaired the Senate committee inquiry last year and is a vocal supporter of adopting change.

"Every single piece of seafood in the Northern Territory is labelled either Australian or imported. So let's hope we can get our act together," he said. "Let's hope we can fall in a space that does the right thing by the Australian consumer and the aquaculture and seafood industry of Australia."

The bill will be revisited in August this year and could be part of the federal government's wider investigation into implementing CoOL.